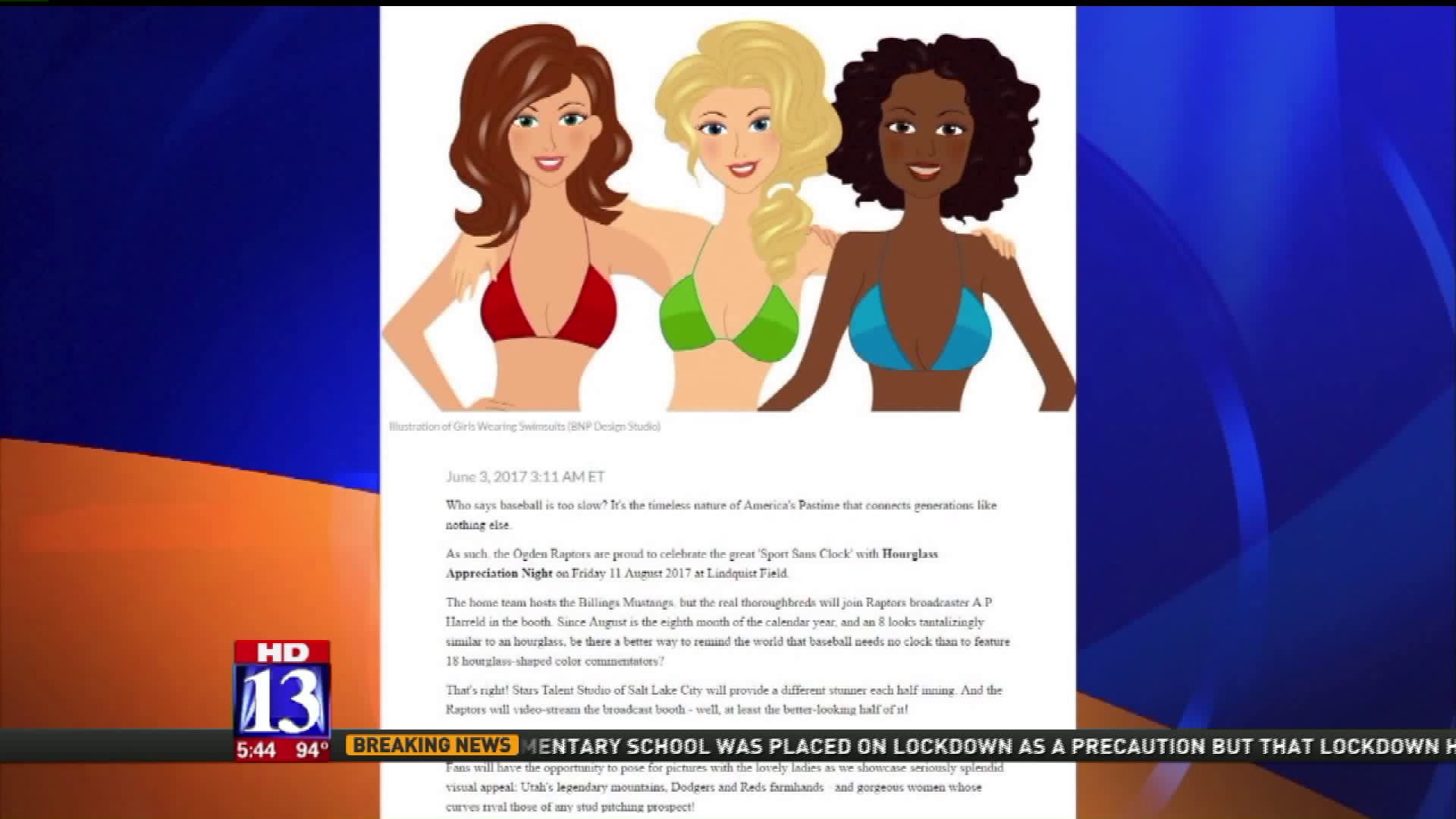 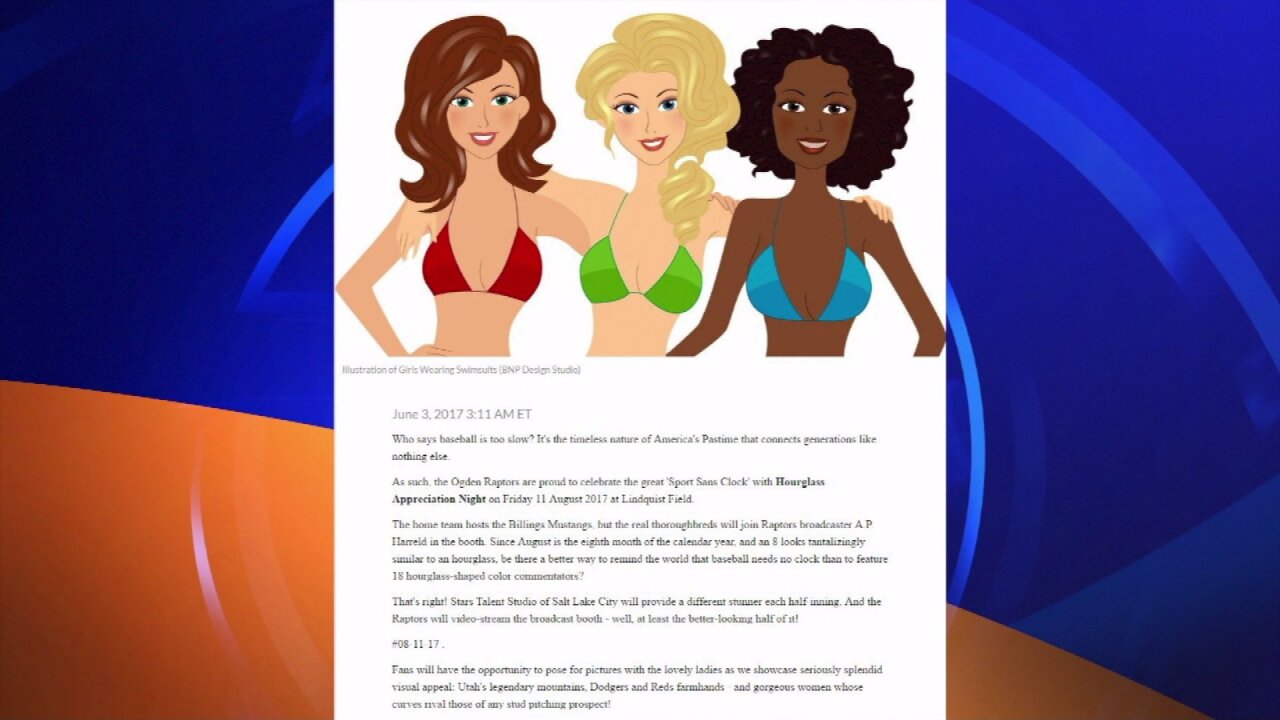 Critics online are saying the team has struck out with this foul ball.

It has since been removed from the team's website.

The team said in a statement, "Since an eight looks like an hourglass, what better way to remind the world that baseball needs no clock than to feature 18 hourglass-shaped commentators."

A Salt Lake City talent agency was to provide a different model each half-inning and fans would have the opportunity to pose with the models.

The team was to live-stream the event.

However, it is no longer on the team's schedule.

In a press release the team wrote in part:

“The Ogden Raptors regret that an unauthorized press release was disseminated over the weekend…The Ogden Raptors offer a sincere apology to anyone who was offended by the promotion itself and the contents of the press release, and in no way supports or condones the objectification of women.  It is not reflective of the values or the Ogden Raptors, Los Angeles Dodgers organization, the Pioneer Baseball League or Minor League Baseball.”

Despite the retraction and apology, some of the damage may already be done.

“It just continues the cycle of girls and young women feeling they’re not good enough and they have to change something about themselves to be of worth to others,” Dr. Susan Madsen said, founder of the "Utah Women and Leadership Project."

Madsen is a professor at Utah Valley University and founded the project as an effort to empower women in Utah.

Madsen says the state is already lagging behind with a lower percentage of women graduating college and participating in politics than the national average.

“Whether it’s baseball teams, whether it’s elementary schools, whether it’s neighbors, we need to focus on strengthening both boys and girls and helping them discover who they are inside,” Madsen said.

The Ogden Raptors have faced criticism in the past for "Drag Night," an annual promotion that features the field crew dressed in drag between innings.