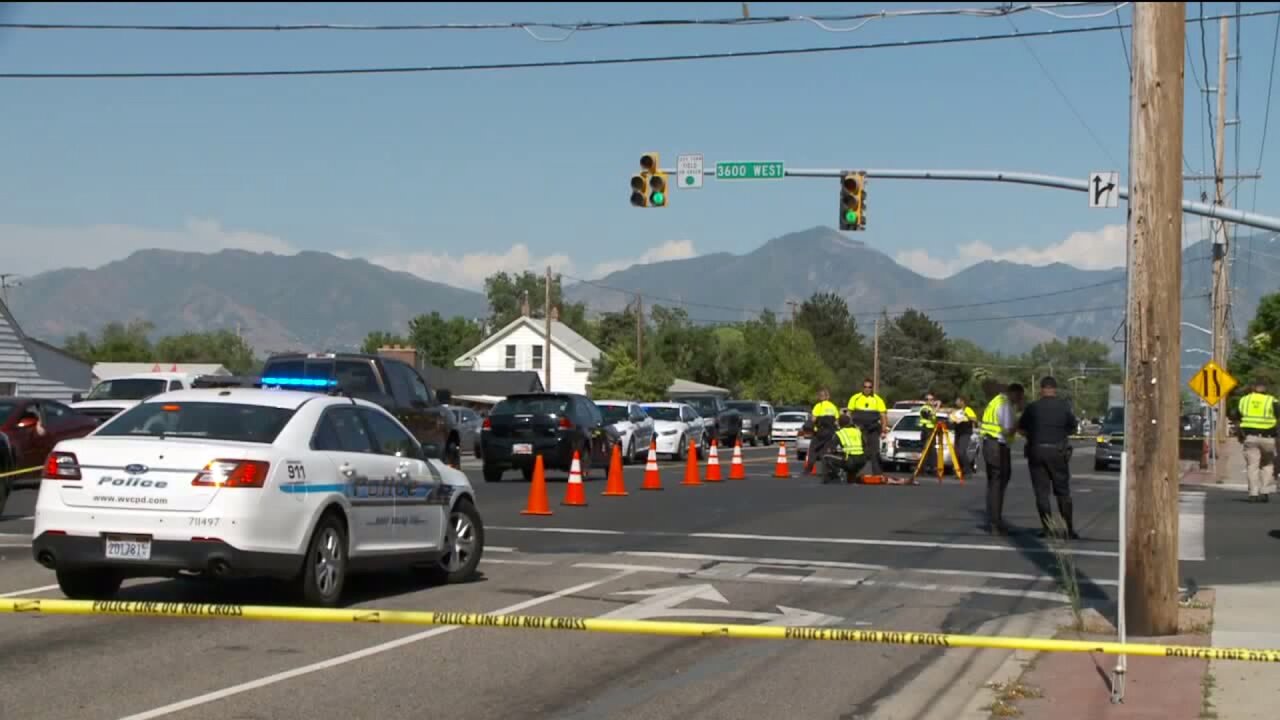 The scene of a fatal hit-and-run in West Valley City now being investigated as a homicide.

WEST VALLEY CITY, Utah – The Humane Society of Utah says a man killed in a hit-and-run crash in West Valley City Wednesday is a hero.

Police are investigating the crash as a homicide and say they believe the collision was an intentional act. Jeremy Hardman, 47 of West Valley City, suffered fatal injuries after being struck by a driver who then fled the scene.

The Humane Society of Utah states that reports indicate Hardman and his friend and co-worker, Jason Estes, saw the suspect punching a small chihuahua dog on the corner of 4100 South and 3600 West. The two men pulled their vehicle over and got out to confront the suspect.

While police have not confirmed any details about the animal abuse allegations, they say a confrontation between Hardman and the suspect ensued. Police say after the confrontation, the suspect got into a vehicle, made a U-turn, and ran Hardman over as the man was in a crosswalk at the intersection.

“We are deeply saddened by this unwarranted crime and the untimely death of Jeremy Hardman,” said Gene Baierschmidt, HSU executive director. “We extend our sincerest condolences to Hardman’s friends and family. He was a hero in the truest sense of the word for selflessly stopping to defend a helpless animal in need, and his murder is most tragic.”

Police are still looking for the suspect who fled. Descriptions of the man and his vehicle, along with a photo of the car as it left the scene, are below. Anyone with information about the case or who sees the vehicle is asked to call West Valley City PD at 801-840-4000.

The suspect vehicle description is as follows:

The suspect description is as follows: