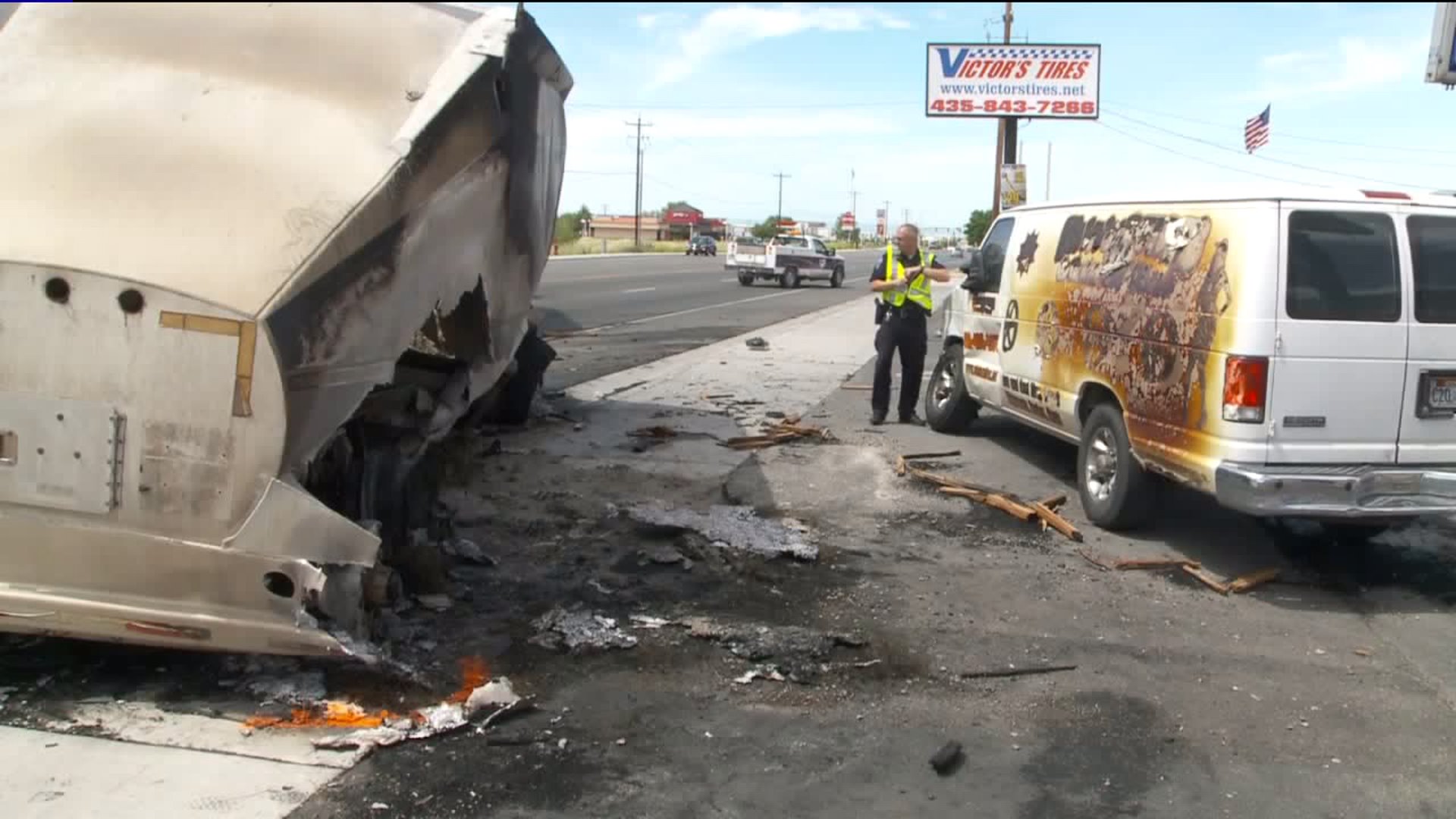 TOOELE, Utah – A semi truck crashed into a power pole in Tooele and has shut down SR-36 northbound near 850 N. Main St.

Drivers should expect delays until at least 5 p.m. Thursday, according to the Utah Department of Transportation.

Main St. in Tooele is closed between 1000 N and 700 N due to a semi accident. Closure is expected to last a couple hours pic.twitter.com/hjuUNd08kr

Officials said they believe the truck driver had some kind of medical emergency before crashing into the power pole and sparking a fire at about 2 p.m.

That took out power in the area for a short time.

Two businesses in the area were evacuated as a precaution.

Officials did not disclose the nature of the truck driver’s medical emergency but said he didn’t go to the hospital, he was released at the scene.

SR 36 closed in both directions at 850 N due to downed power lines. Expect closures for at least 2-3 hours.