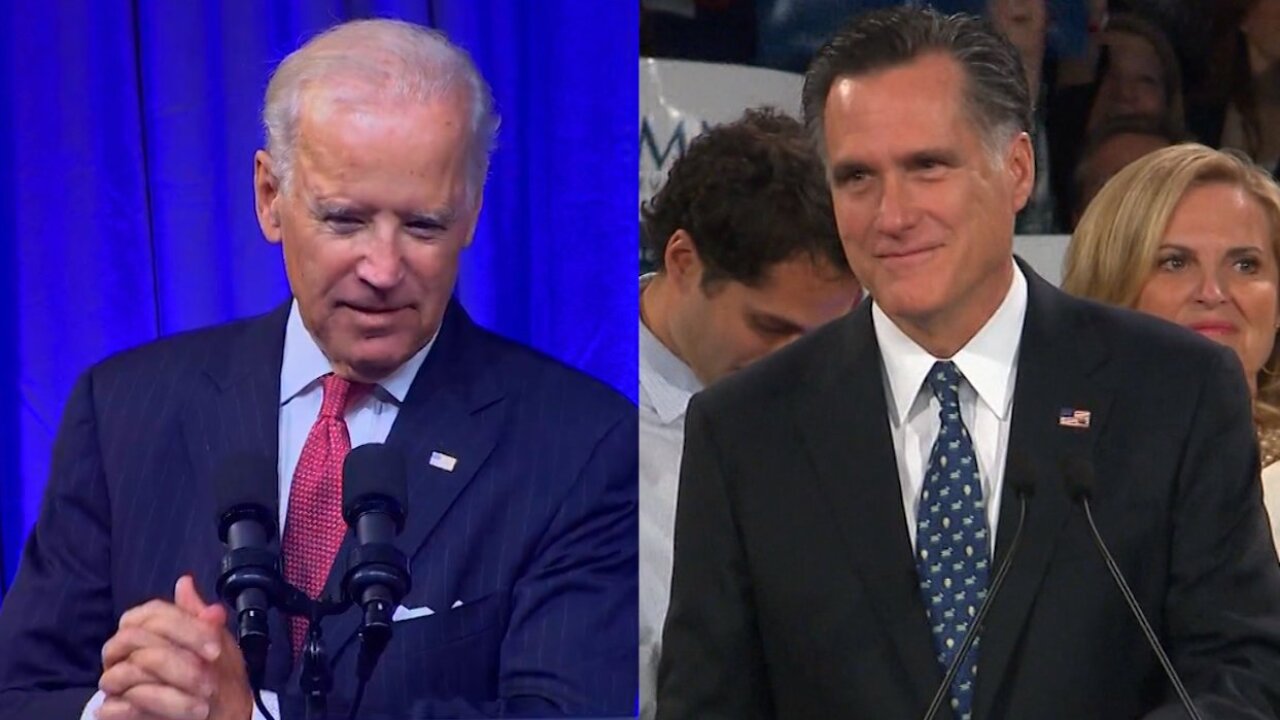 By Theodore Schleifer and Faith Karimi

Biden spoke at Romney’s ideas summit, an annual gathering of donors and business leaders in Utah.

During a private event Friday night in Park City, Biden called Romney a man of integrity and said he should mount a challenge next year, according to two people in the room.

“By the way, you should run for Senate,” one attendee quoted Biden as saying. The comment was quick and off-hand, but the crowd of Romney loyalists appreciated it and applauded.

The two men were on opposite sides of the 2012 election — Biden as the running mate of President Barack Obama and Romney as the Republican presidential nominee.

Romney and Biden both considered running for president last year, but both deferred to candidates they saw as having an overwhelming financial advantage (Jeb Bush on the Republican side; Hillary Clinton on the Democratic side).

Biden, 74, recently launched American Possibilities PAC, a political action committee that has set off speculation about his 2020 intentions. The former senator from Delaware has made regular public appearances since leaving office, often criticizing President Donald Trump.

Romney, 70, has not stayed far from politics, either. After being passed over for Trump’s secretary of state, Romney has campaigned for GOP candidates and weighed in on political matters via social media. He revealed Friday that he had been serious about serving as Trump’s top diplomat and even spoke to Hillary Clinton, the defeated Democratic nominee, who encouraged him to take it.

Speculation has grown that Romney could run for the Senate in Utah. But first, Republican Sen. Orrin Hatch, 83, must decide whether he wants to seek an eighth term.

Romney, a former Massachusetts governor, is a Mormon and owns a home in Utah.