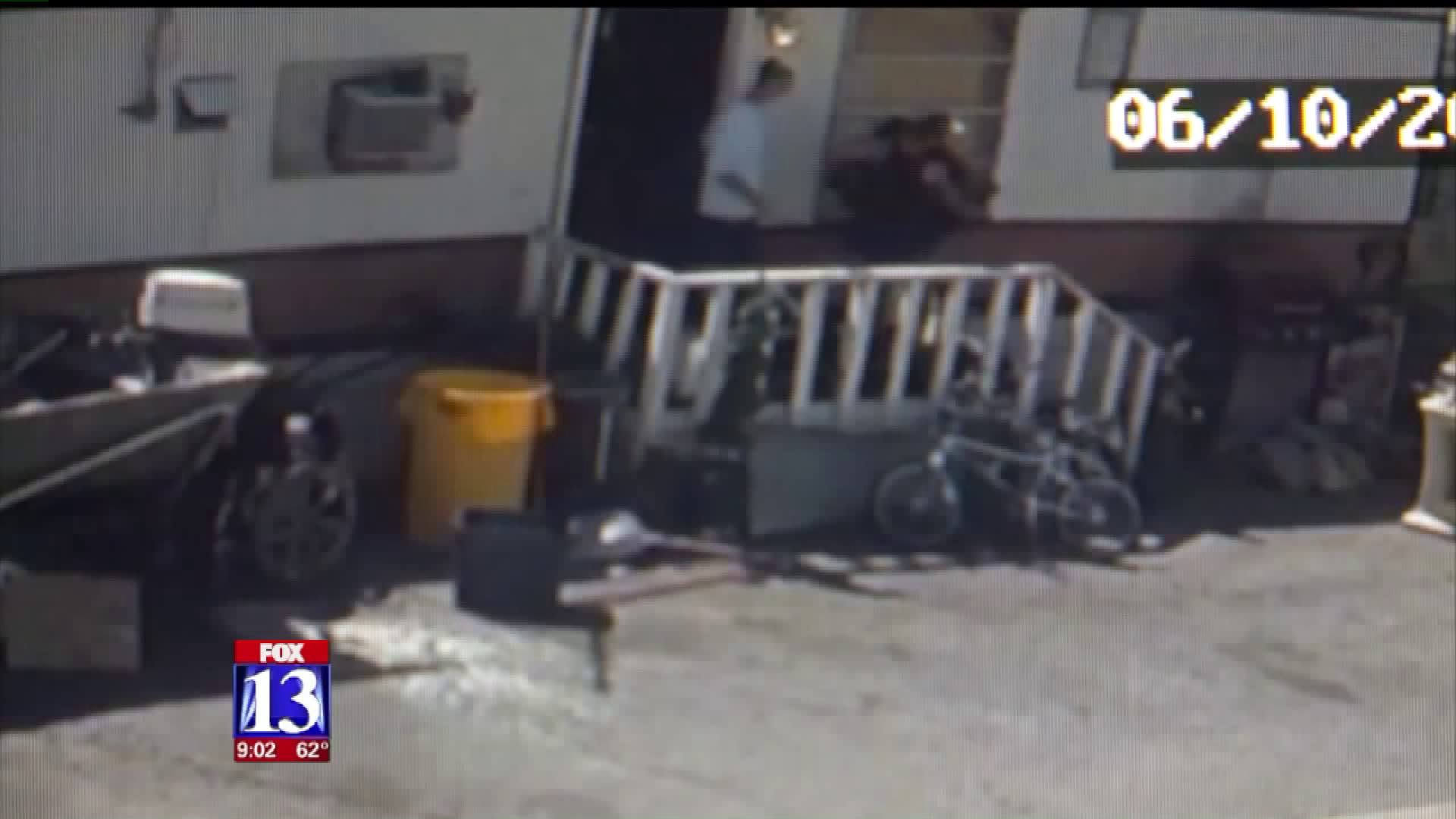 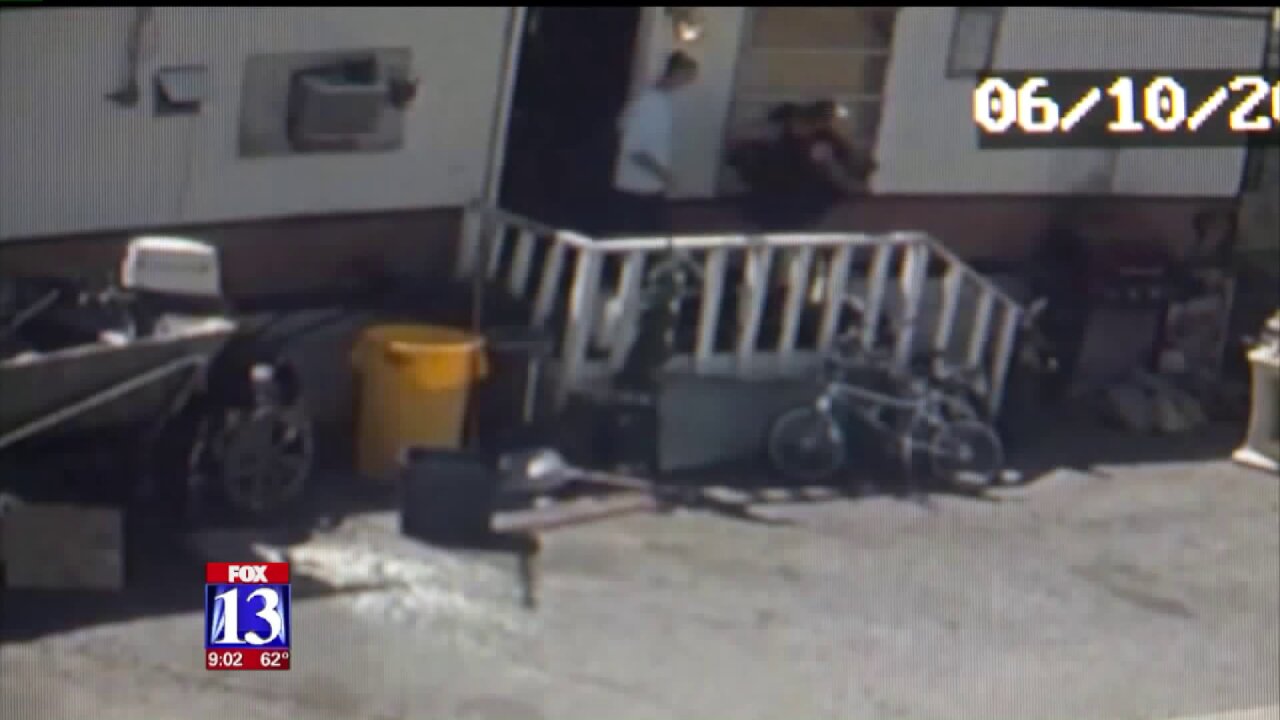 OREM, Utah — Orem Police are looking for two suspects after they said a group of burglars pretended to be police officers before they broke into an Orem mobile home.

Police arrested two of the suspects, who they said gave an interesting excuse to cover up their impersonation.

A woman, who wanted to remain anonymous, told Fox 13 she saw the four people pull up to the mobile home on Saturday afternoon.

"I just heard someone knocking really loud," she recounted. "It did sound like the police."

She said a man pounded on the door yelling, "Orem Police!"

"It was a little bit scary, especially with how loud that guy was yelling," she said.

Surveillance video from a nearby business shows two of the men at the door, while another man and a woman stand in the area, looking around.

"As soon as no one came out, some guy gave a signal to some people and they all went in," the witness explained.

The burglars are seen carrying out items from the mobile home, and loading them into a vehicle.

The woman said a different witness confronted the three men and one woman.

"Stopped them and told them they better take it back, and they ran it back in," she said.

In the video, two of the suspects are seen returning a TV to the home, but police said the four took off with the other items.

Someone called police, but when officers arrived, the group had already left.

"Turns out, the officer that responded actually knew the people involved and could name them all," Lt. Martinez said.

He said that officer quickly tracked down the woman and one of the men. Police arrested Nathan Hyde Taylor and Angela Brumela.

Martinez said the other two men haven't been arrested, but police know who they are.

The witness said she's glad to hear police tracked down half the suspects, and that they recovered most of the stolen goods.

"I'm just thankful that there was some people [watching] and they were able to get these guys," she said, adding, "because [the victims] definitely didn't deserve it."