High winds blow over semis in Tooele, take out power

Kenneth Dodge has been a truck driver for 15 years.

In his 15 years on the road, this was the first time Dodge tipped over.

"I was driving about 45-50-55 miles an hour and all the sudden a gust of wind caught me and took me over like I was pancakes on a frying pan," says Dodge.

Luckily, his injuries were minor.

Dodge is one of several truck drivers who got caught in strong winds Monday. Mel Highhim was towing a 36 foot 5th wheel trailer from California when the winds unhitched the latch.

"It was breezy but nothing like this," says Highhim.

In his 16 years driving trucks, this has never happened to Highhim before.

"Right after it happened I was just sitting down there in my truck and I thought it was going to blow my truck off this bank," says Highhim.

When the winds were at their worst, UHP closed down Interstate 80 in Tooele County in both directions, causing a backup of more than a mile. However, within 30 minutes, the roads were back open for cars and trucks with heavy loads.

After his truck's topple Monday, Dodge has some advice for other drivers.

"When you see a sign that says 'high winds possible' - park," says Dodge.

Thousands were without power across Utah because of the strong winds. 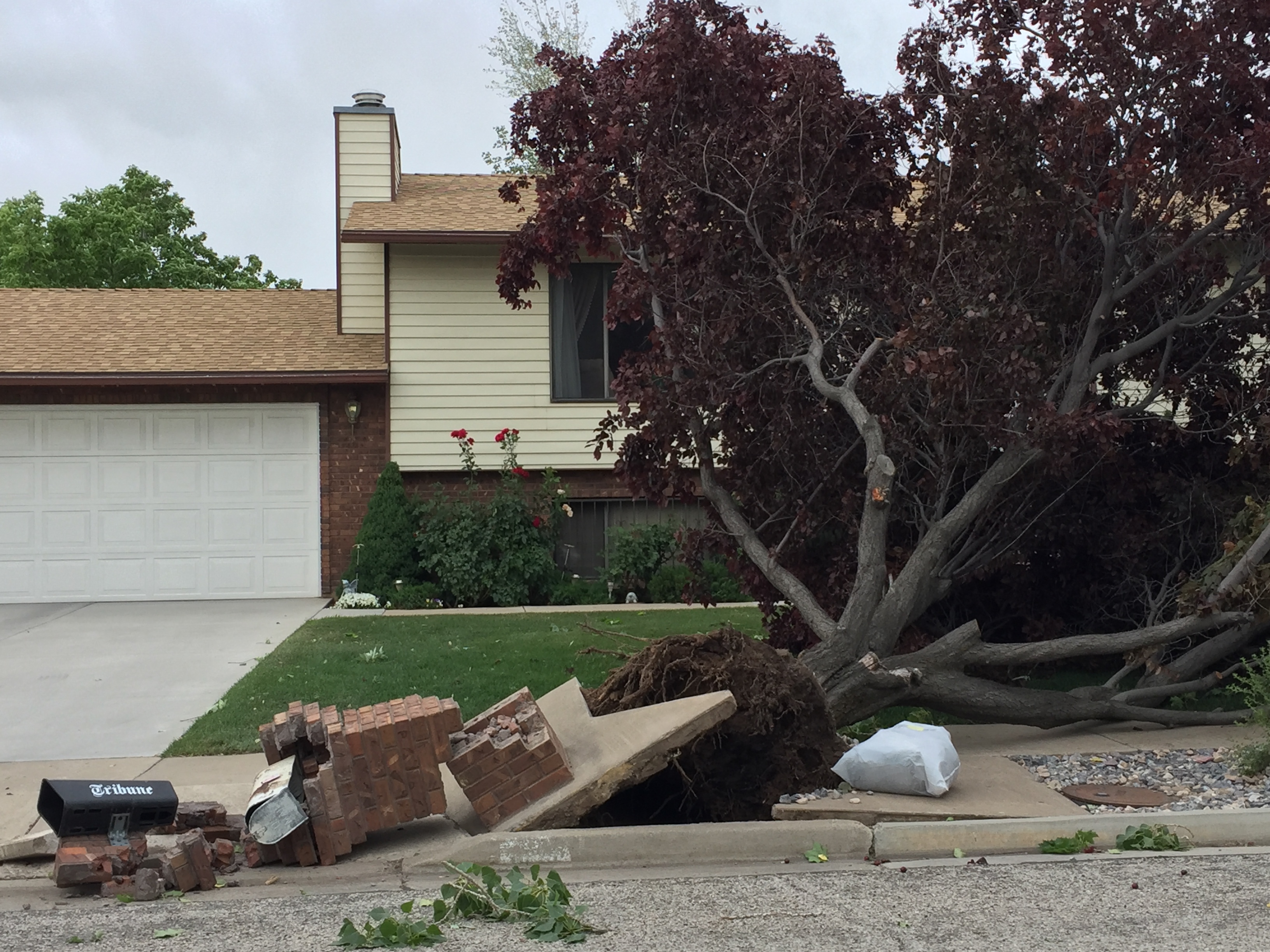