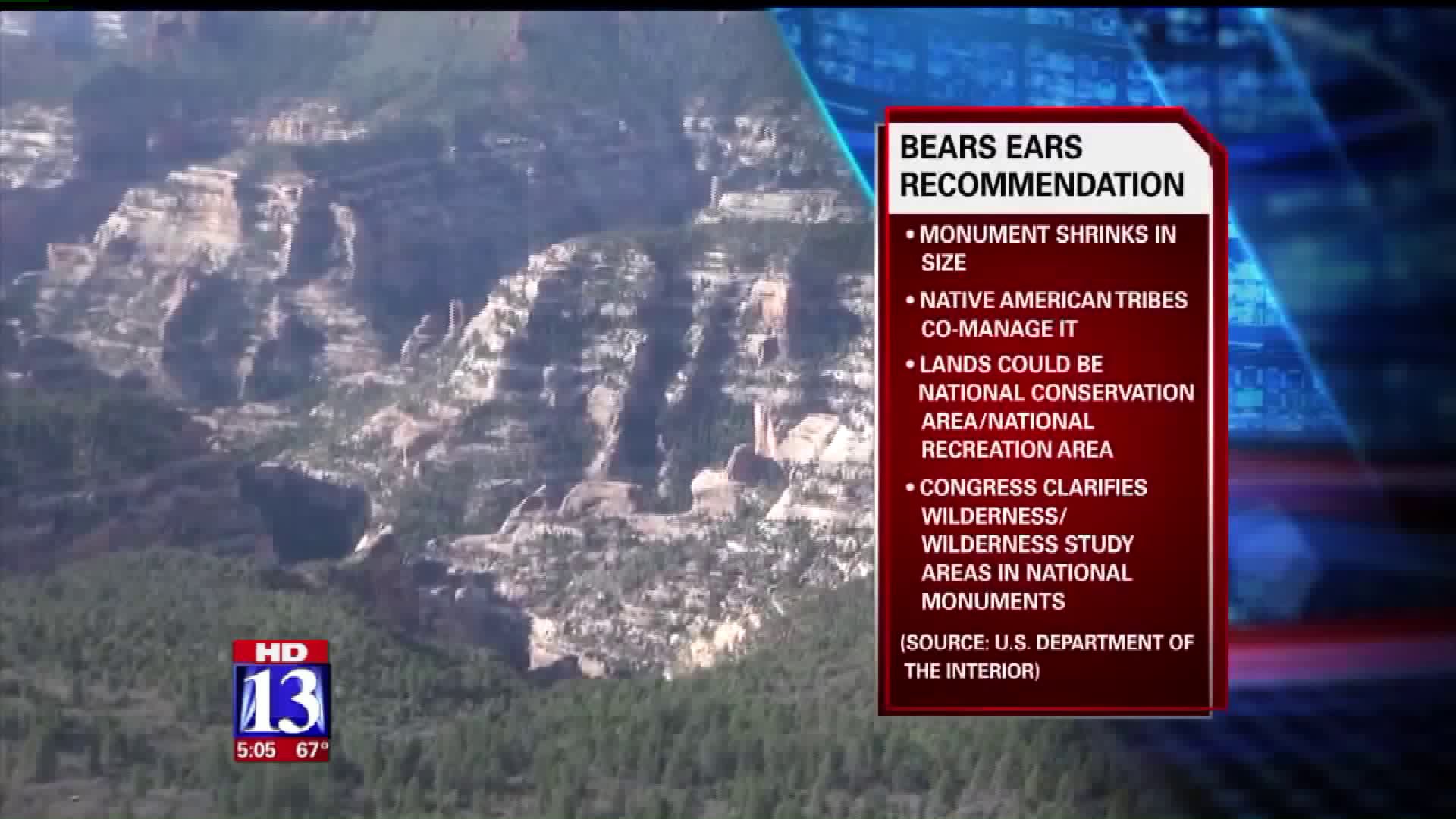 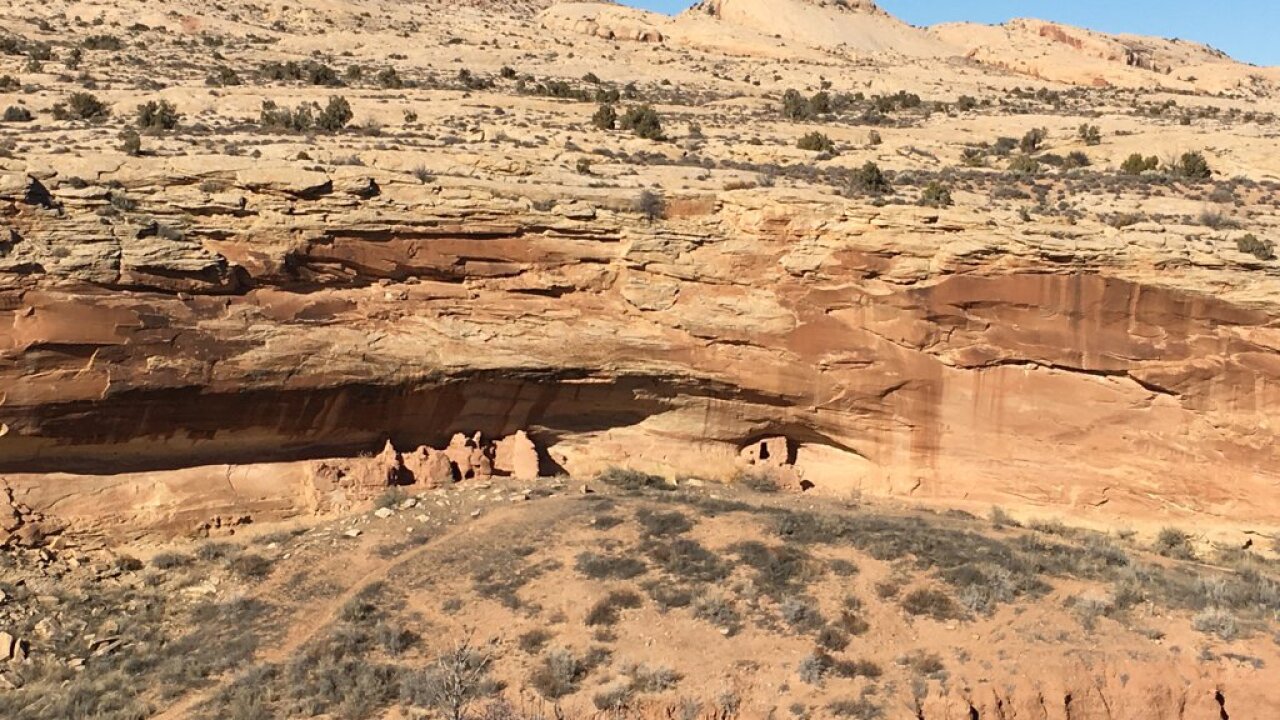 In a memo to President Donald Trump, the Interior Secretary recommends reducing the boundaries of the 1.35 million acre monument in southeastern Utah, but also giving Native American tribes "co-management" authority over it.

The Bears Ears National Monument, seen from the air. The environmental group Eco-Flight took FOX 13 on a flight around the controversial national monument on Monday, May 8, 2017. (Photo by Ben Winslow, FOX 13 News)

FOX 13 first reported on the recommendation ahead of Monday's conference call when told of it by a source briefed on Zinke's recommendation. The Interior Secretary said the decision was not final. He would issue more specific details when a review of other national monuments and the Antiquities Act is completed.

Zinke said he also intended to ask Congress to look at wilderness and wilderness study areas when overlaid by a national monument designation, and whether some of the land within Bears Ears would best be suited as a national conservation area or recreation area.

While his memo makes no recommendation as to what the monument would get reduced to, Zinke said he was looking at the area surrounding the Bears Ears themselves, archaeological sites and an area north of Newspaper Rock.

Speaking to reporters, Zinke appeared to view the solution as a "win-win." The Interior Secretary said he had specifically reached out to Native American tribal leaders whom he said were supportive of the co-management plan.

The Bears Ears Intertribal Coalition, made up of numerous tribes, criticized Zinke's recommendation.

"For us, Bears Ears is a homeland. It always has been and still is. The radical idea of breaking up Bears Ears National Monument is a slap in the face to the members of our Tribes and an affront to Indian people all across the country. Any attempt to eliminate or reduce the boundaries of this Monument would be wrong on every count. Such action would be illegal, beyond the reach of presidential authority," the group said in a statement.

Utah Dine Bikeyah declined to comment on the co-management idea, but said it would protect Bears Ears in court, if necessary. They were joined by a number of environmental groups, including Earthjustice, who said it would sue President Trump if he sought to carry out the recommendations.

"I think this is lose, lose, lose," Josh Ewing, the director of the Bluff-based Friends of Cedar Mesa, told FOX 13. "Because the secretary is probably going to lose in court, the land’s going to lose because it’s going to be held in limbo for many years while more visitors come, and it really is disrespect to the tribes in the meantime."

Utah politicians have been pushing the president to rescind Bears Ears. In a series of statements, they all praised it as a balance.

Governor Gary Herbert was also happy with the recommendation.

"This interim report is an important first step toward re-establishing sound land management practices for one of the most special areas in the world. Throughout this process Secretary Zinke has demonstrated the utmost respect for local and tribal input. I encourage the president to take this recommendation seriously, and I applaud the ​secretary for his balanced and responsible proposal," the governor said in a prepared statement.

But some locals in San Juan County who have been pushing for rescinding the monument said they could live with Zinke's recommendation to shrink it.

"The stance of the Stewards of San Juan remains a request for a rigorous review of the Antiquities Act in order to prevent such unilateral measures and further protect the rights of all people. However, we are well aware this current recommendation is a measurable victory for rural Americans and local voices," Jamie Bayles with Stewards of San Juan County said in a statement.

San Juan County Commissioner Phil Lyman said he had hoped the president would act soon and not wait until the monument review is completed.

"I'd like to get some closure on this whole thing," he told FOX 13.