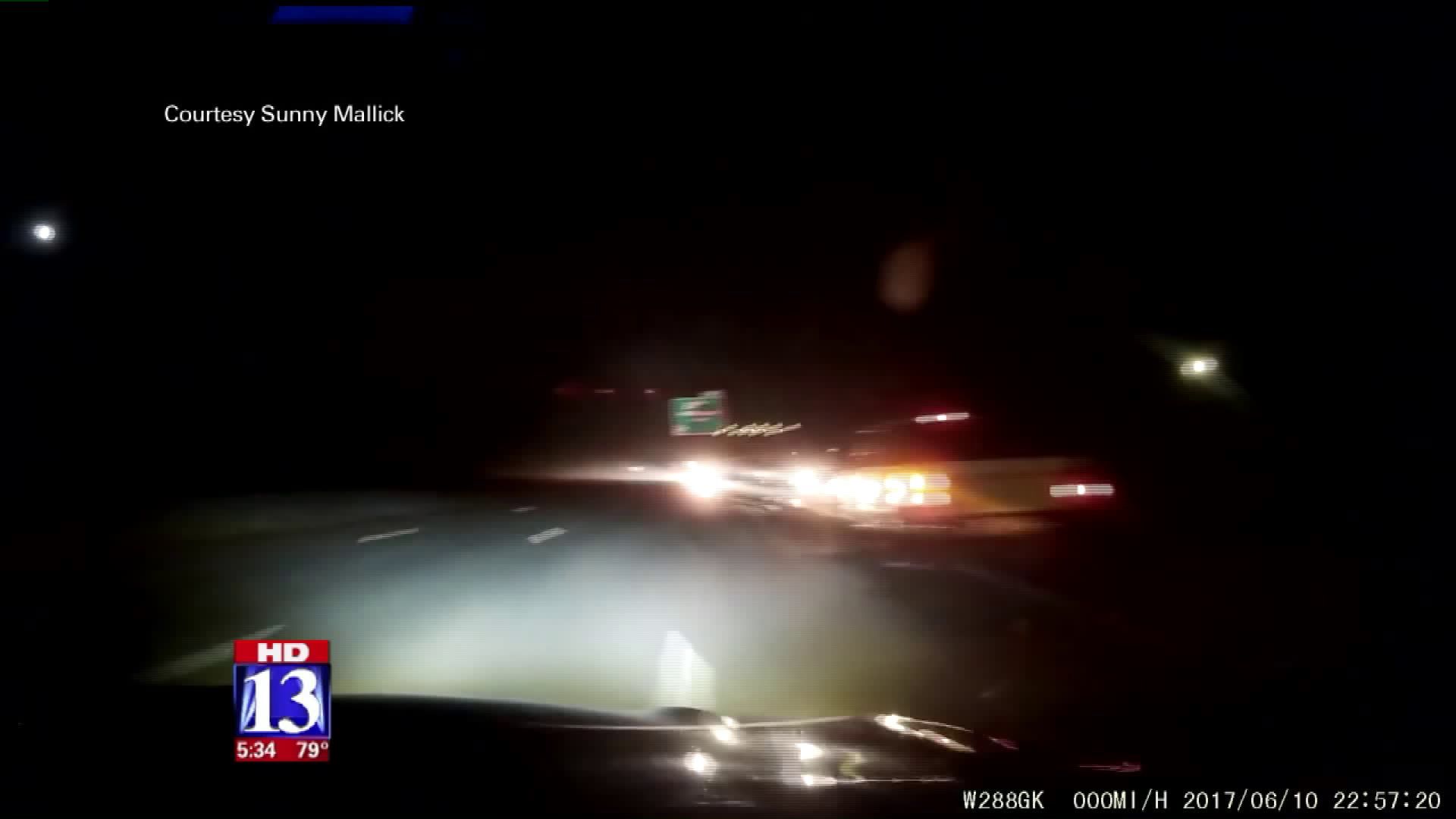 TAYLORSVILLE, Utah — A terrifying crash was caught on camera, and the driver responsible is still on the loose.

It happened late Saturday night on I-215 Westbound right before the 4500 South exit in West Valley City.

Sunny Mallick says he was following his friend on I-215 when all of a sudden his friend hit his brakes.

"He moves over to the right just a little bit, causing me to see the headlights, so I immediately try to swerve out of the way and that truck hits me on the right side of my car," Mallick said.

"I got a couple scars just on my arm, my knee, and my lower back," he said. "Lower back was mostly from the glass shards. I had to go to the ER afterwards just to get some of that cleaned up, and I had some X-rays done."

Mallick never got a look at the driver, who ran away and left the truck abandoned. Sgt. Chad Hecker with the Utah Highway Patrol says it may be because he was under the influence.

"There was drug paraphernalia, a small amount of marijuana in the vehicle; probably a good chance the driver was impaired," Hecker said.

After the truck hit Mallick at freeway speeds, he hit a car with a family of four inside. Luckily, they weren't hurt either.

"I feel very lucky, very fortunate that I was OK and also that everyone else associated with the accident was OK," Mallick said.

As terrifying as it was in the moment, Mallick says it was almost worse watching his dash-cam video.

"It shocked me," he said of the footage. "I couldn't sleep that night. Even throughout the next day, it was just replaying over and over and over in my head."

After watching the video, Hecker says Mallick is truly lucky to be alive.

"With that size of a truck, if it was square on, I think there would be little possibility of survival for that smaller vehicle against that truck," Hecker said.

If they catch the driver and bring him to court, Mallick’s dash cam video will be compelling evidence.

"I definitely suggest anyone watching get a dash cam; it's not a bad idea," Mallick said.

UHP did get in contact with the registered owner of the car, who said he had lent it to a friend. They're still searching for that friend and say they're anxious to get this driver off the road.