Raw Video: Blimp catches fire, falls out of sky at US Open 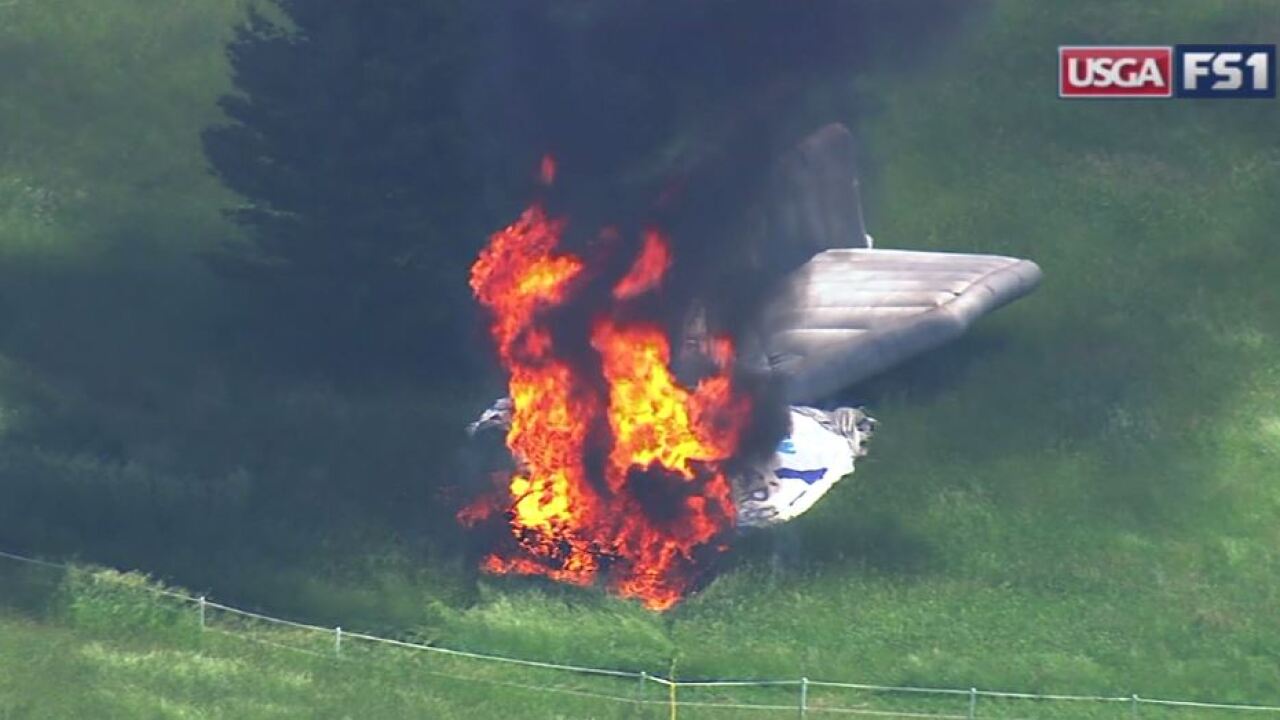 Blimp engulfed in flames at US Open.

ERIN, Wis. - A blimp fell out of the sky at the US Open men's golf tournament in Wisconsin Thursday.

Emergency crews including a medical helicopter were called to the scene.

Witnesses say the blimp caught fire and then crashed into the ground.

The US Golf Association, which runs the event, says the blimp crashed into an open field about a half-mile from the golf course.

The blimp's pilot was treated on the scene for unknown injuries.

The National Transportation Safety Board is investigating the crash of a blimp.

UPDATE: The blimp was an advertiser and is not connected to FOX or the USGA. We hope everyone is OK and safe.

Just got to the #USOpen and the blimp caught fire and crashed. People parachuted out. pic.twitter.com/1lDi3VkXCu