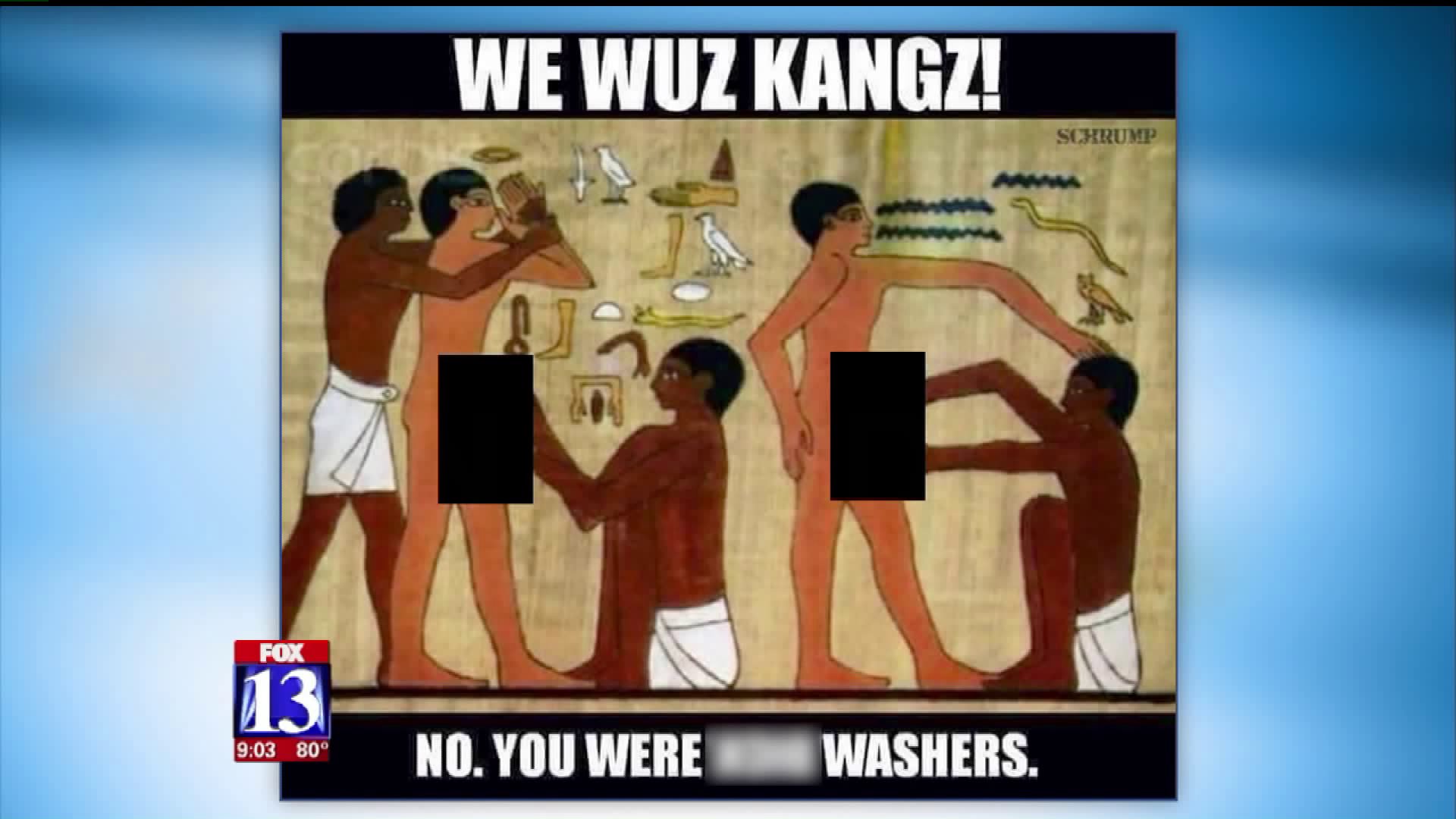 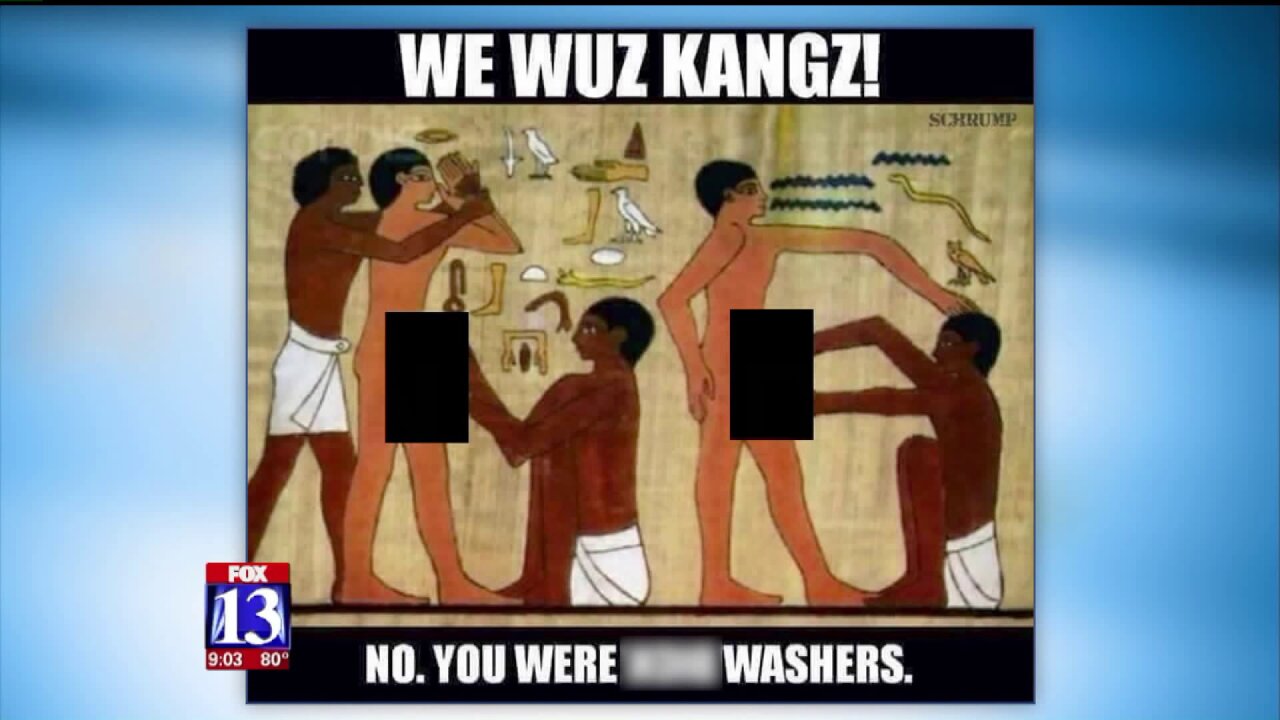 LAYTON, Utah -- A Layton Police officer is out of a job after publicly posting what the NAACP is calling a racist meme on Facebook.

The meme showed up on Talbert Swan's Facebook page on June 6. Swan is the chapter president for the NAACP in Greater Springfield, Massachusetts.

Swan, a pastor and bishop, said he found it so disturbing he felt it needed to be reported.

It shows a drawing that, according to research, comes from an ancient Egyptian depiction of circumcision. The picture is used out of context, Swan said, twisted with racist and derogatory language.

After clicking on the person’s profile, he said it became apparent that the person who posted the meme was a law enforcement officer in Utah.

“There's no way in the world I could look at this reprehensible, despicable meme being placed in a very public way by a police officer, and do nothing about it,” he said.

The meme starts with the line, “WE WUZ KANGZ.”

Swan said it’s slang for, ‘We were kings.’ He said it’s referencing a message they teach African-American youth, that their history goes back before slavery, to kings, queens and leaders in Africa.

Below the picture, is the line, “NO. YOU WERE [CENSORED] WASHERS.” The censored word references a male’s genitals.

Swan sent an email to police, and the local NAACP chapter jumped in to investigate.

“I found it was despicable. It was awful,” said Jeanetta Williams, who is President of the Salt Lake Chapter of the NAACP.

She said they felt the meme a big deal because it was posted by a police officer rather than an “ordinary citizen.”

“It was a person that is held to a higher esteem,” she explained. “We wouldn't think that a police officer would do such a thing, and post such a thing.”

Swan said Layton Police immediately responded to his email, explaining that they had talked with the officer, who admitted to making the post.

“It was our determination that it did violate Layton City standards that any employee would have been held to,” Garside said.

The officer then submitted a resignation, Garside said, and because of that, the internal investigation won’t continue.

Swan and Jeanetta said they were satisfied with how Layton Police responded to and handled the situation.

The officer has since deleted the meme, and his profile is no longer searchable on Facebook.