Eagle Mountain residents upset about construction blasting in their neighborhood 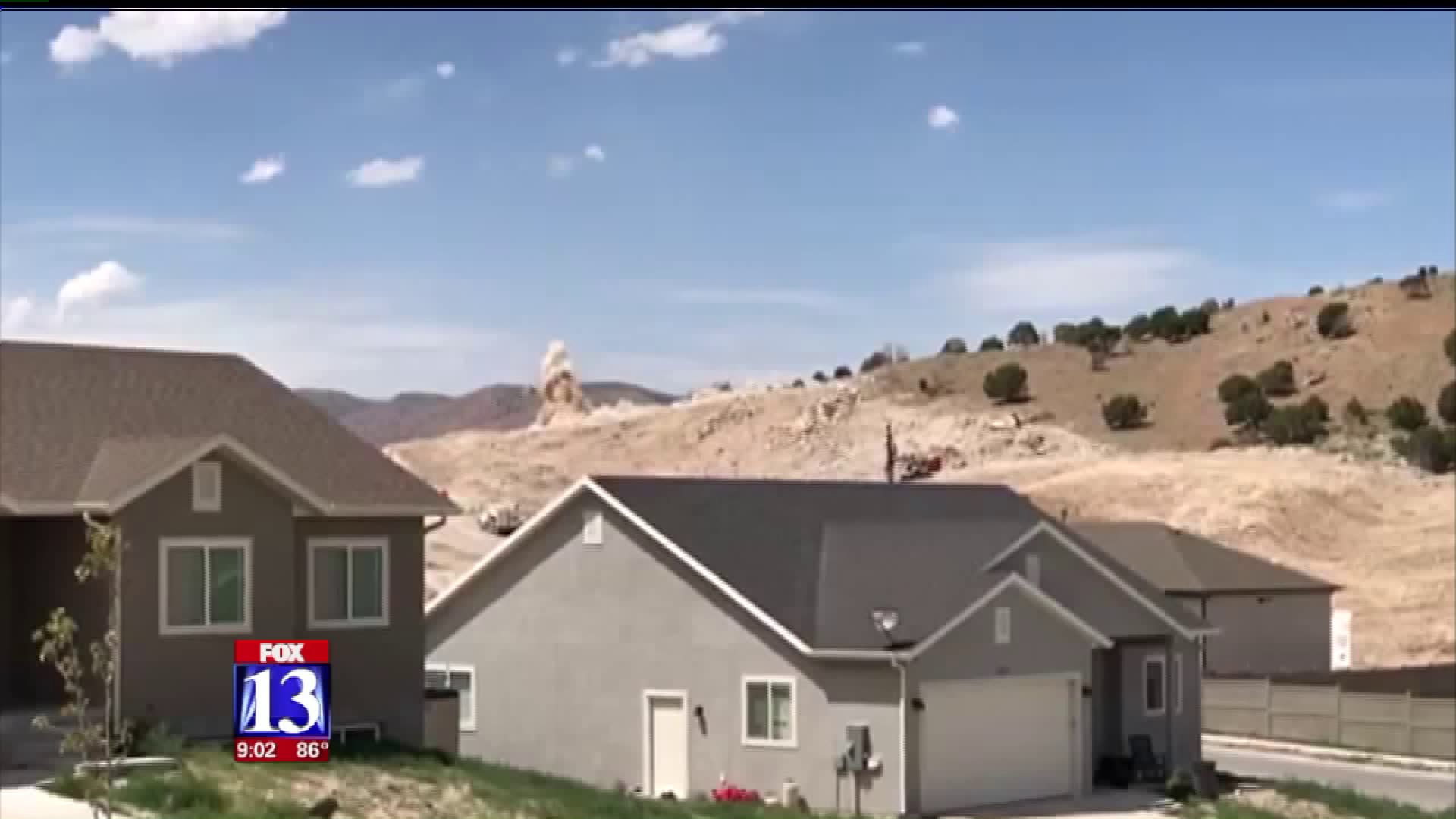 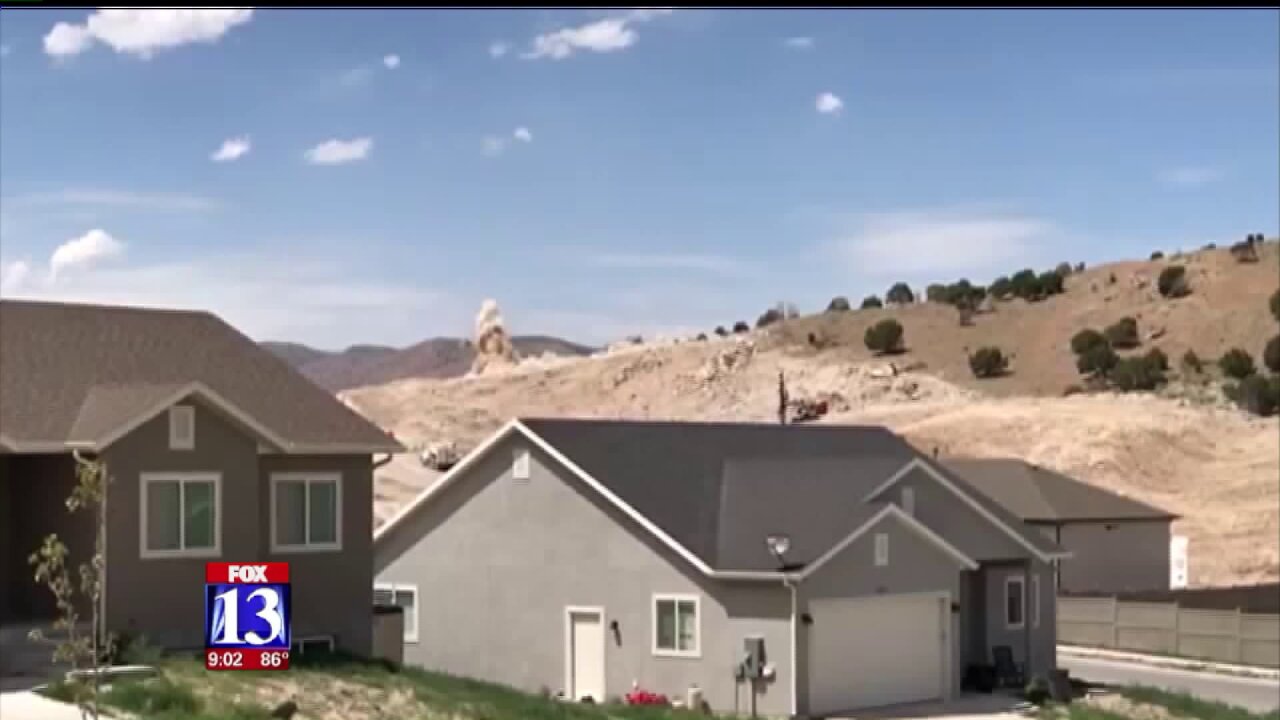 EAGLE MOUNTAIN, Utah -- Complaints and concern are coming from a community over explosions happening right in their backyard.

While the blasting is legal and approved by the city, residents say it's damaging their homes and they're also worried about their safety.

The subdivision was approved back in 2006 by the city. Residents say they knew the area would grow around them, but what they didn't know was explosives would be going off right next to their home.

“That blast shot debris probably 60 feet into the air, and there's houses that are just 150 feet away on the other side of the hill, and this one is right next to my home,” said Riley Jenkins, who moved into his new Eagle Mountain home last year.

Jenkins says there is damage in his home that he believes is because of blasting in his Eagle Mountain neighborhood.

“We had a crack in our ceiling, and there's lots of other neighbors that have worse damage than our house,” Jenkins said.

The blasting in this area has been going on for months as crews cut into the hillside to fracture the rock so they can remove it by normal excavation, but Jenkins says it's too close for comfort.

With the city allowing this, Riley feels it shows leaders don't have the community's best interest in mind.

“I certainly understand why people are concerned about it,” Mayor Christopher Pengra said.

Pengra says everything is being done safely and says the blasting company is following proper protocol.

“Even though this blasting is highly engineered and regulated and monitored and advertised to the residents, it's foreign to most of us, and for that reason I completely understand people's concern when this is happening in proximity to their homes,” Pengra said.

But with each blast, Jenkins feels more and more shaken up.

“I can't believe a bunch of individuals who have been elected to protect the citizens and have the citizens best interest in mind can continually show this is not a big deal,” Jenkins said.

The city says they will keep this in mind in future developments. If there are any damages, it won’t be handled by the city but by the blasting company’s insurance.

Disclosure: There are several builders in the area. Reporter Kiersten Nunez's husband's company is building a home there, but that was not a factor in Fox 13 News' decision to report this story.