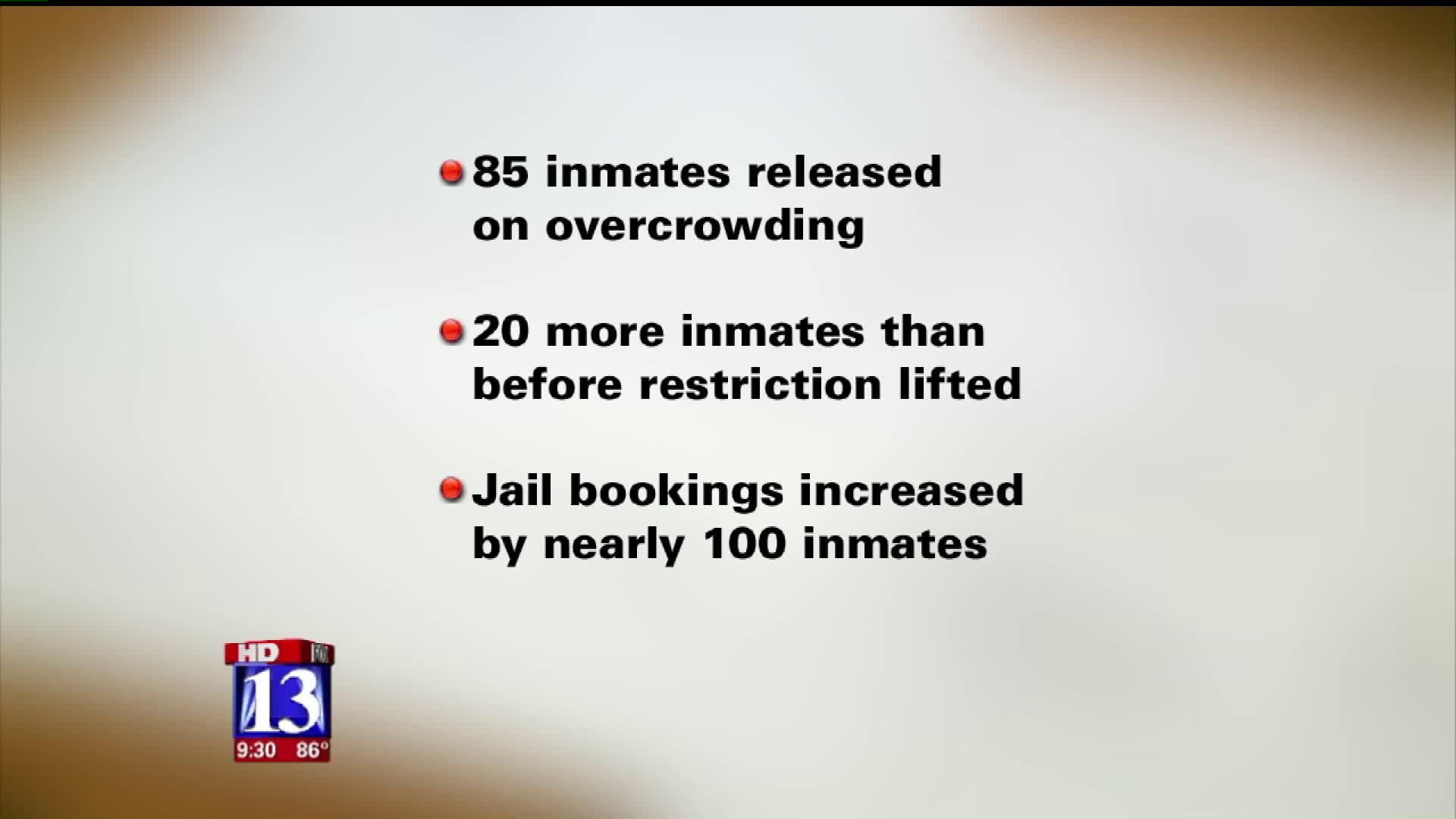 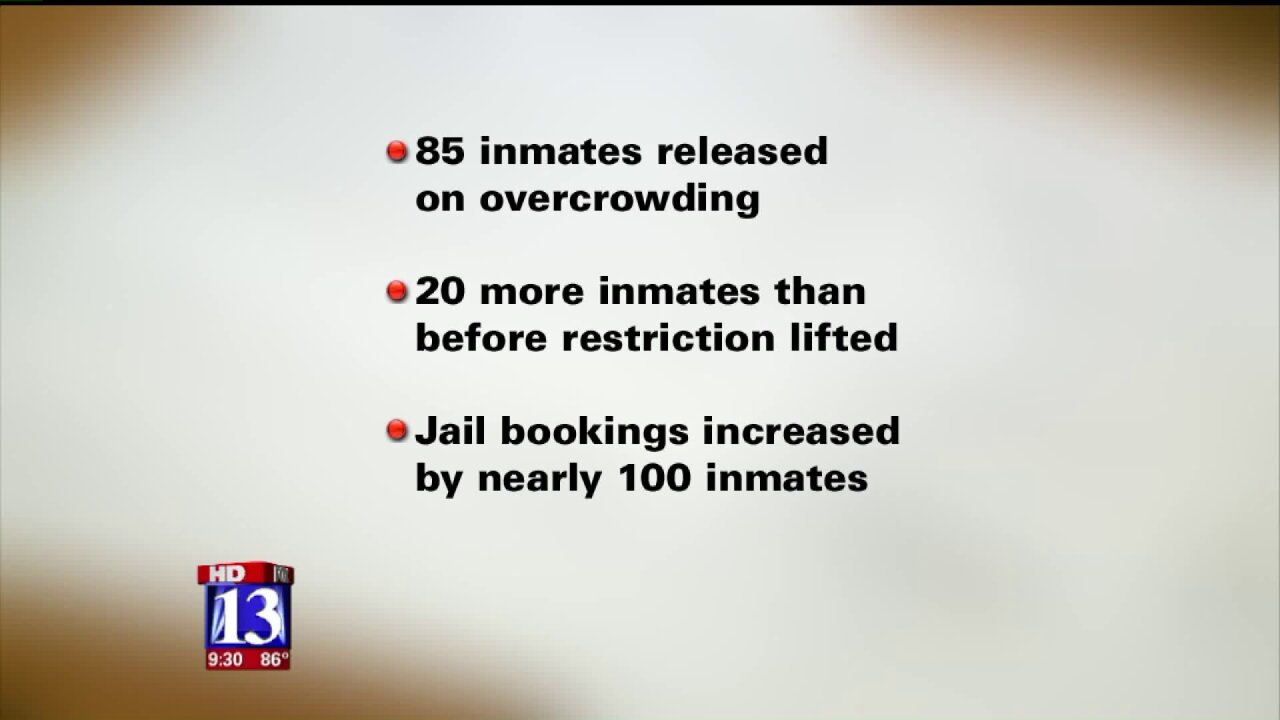 But some police agencies disagree and say it is helping officers on the street bring consequence to criminals.

Before 5 p.m. on Friday, June 9, the jail didn’t take people charged with misdemeanor crimes. Salt Lake County said several times it was in an effort to alleviate overcrowding.

Officers often found it frustrating, leaving them with no choice but to simply issue citations.

“We just had to cut them loose,” said Lieutenant Dan Bartlett with Cottonwood Heights Police.

“Many have blamed those jail restrictions for the burgeoning crime problems,” Sheriff Winder said.

Problems like the mounting issues in the Rio Grande area, and with homelessness.

So, Winder said, they lifted the restrictions and on June 9 at 5 p.m., the gates opened to those charged with Class A misdemeanor crimes, like theft, drugs and assault.

The county said last week it was able to lift the restrictions because of a new program  that allows them to transfer current Salt Lake County inmates to other jails to free up beds. According to the county, they’ve transferred 26 inmates so far to make room for incoming bookings.

One week later, Lt. Bartlett said his officers have appreciated the new policy.

“It's nice to be able to get them off the streets,” he said, of the people they can now arrest and book into jail.

But for Sheriff Winder, nothing has changed when it comes to jail space and keeping criminals off the streets. In fact, jail numbers show that since the restriction was lifted, the jail released more inmates because of overcrowding than it did with the restriction in place.

Over a span of a few days after the restriction was lifted, they released 85 inmates due to overcrowding.

Compare that to the same time span one week prior, with the restriction in place—65 inmates were released due to overcrowding.

The number of jail bookings also increased after the restriction was lifted, by nearly 100 inmates.

“Driving people down to the ‘box’ to have their picture taken, only to walk out again, doesn't do a damn thing,” Sheriff Winder said.

According to jail rosters, inmates released because of overcrowding were usually let go after a few to several hours after being booked into jail.

“Because of their overcrowding, we simply cannot hold any more individuals than we currently do,” Winder explained.

To him, the numbers demonstrate that lifting the restrictions is, “a feel-good policy.”

“It’s not effective,” he said.

But to agencies like Cottonwood Heights, Lt. Bartlett said, officers are grateful they can now take more people to jail—even if the inmates are only behind bars for a short amount of time.

“It helps us for a little bit,” he said.