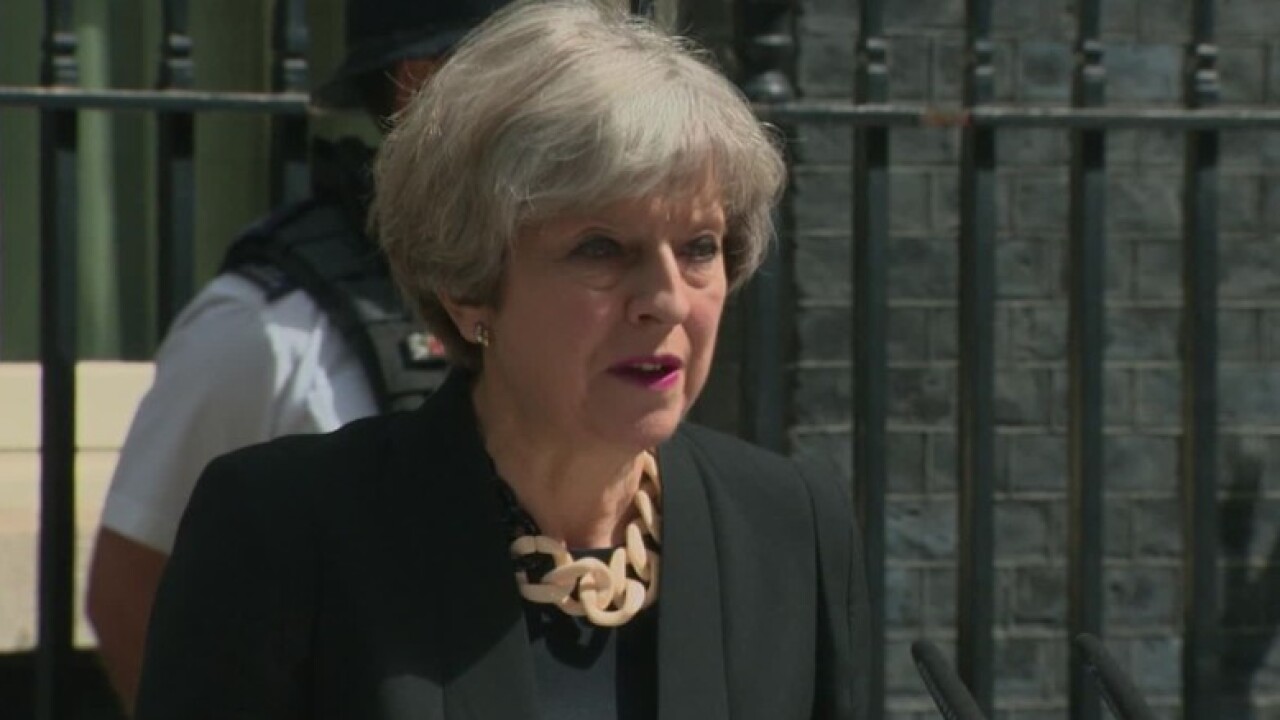 LONDON (CNN) — British Prime Minister Theresa May said that support for families in the initial aftermath of the Grenfell Tower fire disaster “was not good enough” hours after she met Saturday with some local residents at 10 Downing Street.

May, who spent 2½ hours with the group, said members of the community faced “huge frustrations” as they sought information from authorities about the fatal blaze in London’s North Kensington.

According to police, 58 people are missing and presumed dead in the fire, though they say this number could change. At the moment, police said 16 bodies have been recovered.

Metropolitan Police Commander Stuart Cundy later clarified that 30 people had been confirmed dead, while another 28 remain missing and are presumed dead.

In a statement Saturday, May said her government would do “whatever it takes to help those affected, get justice and keep our people safe.”

She said the disaster was an “unimaginable tragedy for the community, and for our country.” Her office said the country would observe a moment of silence at 11 a.m. Monday in remembrance of the victims.

May also said a public inquiry will report to her personally and that the government will cover the costs of legal representation for victims. She said neighborhood councils have been ordered to complete safety checks on high-rise buildings in their area as a matter of urgency.

May talked with the group of residents at Downing Street a day after protesters chastised her near the scene of the Grenfell Tower fire.

She faced cries of “Shame on you!” and “Coward!” on Friday as security staff bundled her into her car following a meeting with locals at a church hall.

The embattled leader has been under relentless criticism since visiting and leaving the disaster scene Thursday without talking to any of those who had lost their homes in the blaze.

Residents who spoke to CNN were angry at the Prime Minister’s decision not to meet with victims when she initially visited the area.

Besides the public inquiry, May has announced a fund of 5 million pounds ($6.4 million) to help those affected by the blaze.

Saturday, she said more money would be made available if required and urged authorities to ensure all those who have lost their homes are rehoused within the next three weeks.

She also said that more staff will be made available to residents to help offer advice and support as well as requesting daily reports on the housing situation.

“There have been huge frustrations that people do not know who to talk to, that they can’t get through on the council hotlines,” May said.

“I have ordered that more staff be deployed across the area, wearing high visibility clothing, so they can easily be found, dispense advice and ensure the right support is provided. Phone lines will have more staff.

“Victims have concerns their voice will not be heard, that their many questions about this tragedy will not be answered.”

After being heavily jeered by protesters, May attracted additional criticism in a BBC interview Friday when she sidestepped questions about whether she had failed to grasp the mood of the public after the disaster.

May was asked numerous times why she had not met Thursday with those affected by the fire.

“This was a terrible tragedy that took place,” she told the BBC. “People have lost their lives and others have lost everything, all their possessions, their home and everything.

“What we are doing is putting in place the support that will help them. But it is a terrible tragedy. I have heard horrifying stories from the fire brigade, from police and from victims themselves who were in that tower but also from other local residents, some of whom of course have not been able to go back to their homes either.”

The Queen and Prince William, the Duke of Cambridge, visited the area Friday and met residents and community representatives.

In her official birthday message Saturday, the Queen addressed the latest tragedy to hit the nation.

“Today is traditionally a day of celebration,” she said in a statement. “This year, however, it is difficult to escape a very somber national mood. In recent months, the country has witnessed a succession of terrible tragedies.”

She said her visits to London and Manchester — the latter the site of a terrorist attack last month — have highlighted the people who offer comfort and support to those affected.

“Put to the test, the United Kingdom has been resolute in the face of adversity,” she said. “United in our sadness, we are equally determined, without fear or favor, to support all those rebuilding lives so horribly affected by injury and loss.”

The anger on the streets of London’s North Kensington has been growing since the fire.

Residents furious over the handling of the Grenfell Tower disaster descended on the local town hall Friday in west London, shouting, “We want justice.”

Some wore T-shirts with images of missing loved ones as they climbed the front steps and pushed their way into the building.

A second protest began later at Britain’s Home Office, which oversees fire prevention and policing nationally. Organizers handed out fliers that read, “Your anger must be heard.” The protesters eventually made their way to busy Oxford Circus, where they staged a sit-in.

Police have opened a criminal investigation into the circumstances of the blaze. They examined the apartment where the fire started and determined “there is nothing to suggest the fire was started deliberately.” A team of senior detectives is investigating.

One member of Parliament has called for corporate manslaughter charges after learning flammable material was used to clad the building during a recent renovation. No sprinkler system was installed.

London Mayor Sadiq Khan released a statement Saturday after a meeting with the Prime Minister in which he urged the government to speed up efforts to rehouse residents within the local area.

Khan also stressed the need for clearer advice to ensure residents have access to housing and financial support.

In the fire’s aftermath, the London Underground on Saturday suspended subway service between Edgware Road and Hammersmith on two lines at the request of the London Fire Brigade.

The fire and rescue service cited “the short term risk of debris falling onto the track.”

While the political fallout from the tragedy grows, the names of those who died are beginning to emerge.

One was Gloria Trevisan, 26, an Italian architect living in London because her family was having financial difficulties back in Italy.

A lawyer for the family told CNN that Trevisan spoke with her parents before she died, telling them: “I am going to heaven. I will help you from up there.”

Mohammad Al-Hajali, 23, a refugee who fled Syria for the UK in 2014, was identified as another victim.

Mohammad and his brother Omar, both students, lived together on the 14th floor.

Omar, 25, survived, but the brothers were separated as firefighters tried to rescue them from the burning building early Wednesday.

The UK government has promised that all those left homeless by the disaster will be rehoused in the local area. But the government has been criticized for failing to act on recommendations from previous tower block fires.

The Prime Minister is facing particular scrutiny over the role of her new chief of staff, Gavin Barwell, who was housing minister until he lost his parliamentary seat in last week’s election.