Breaking down the affordable housing crisis in Utah 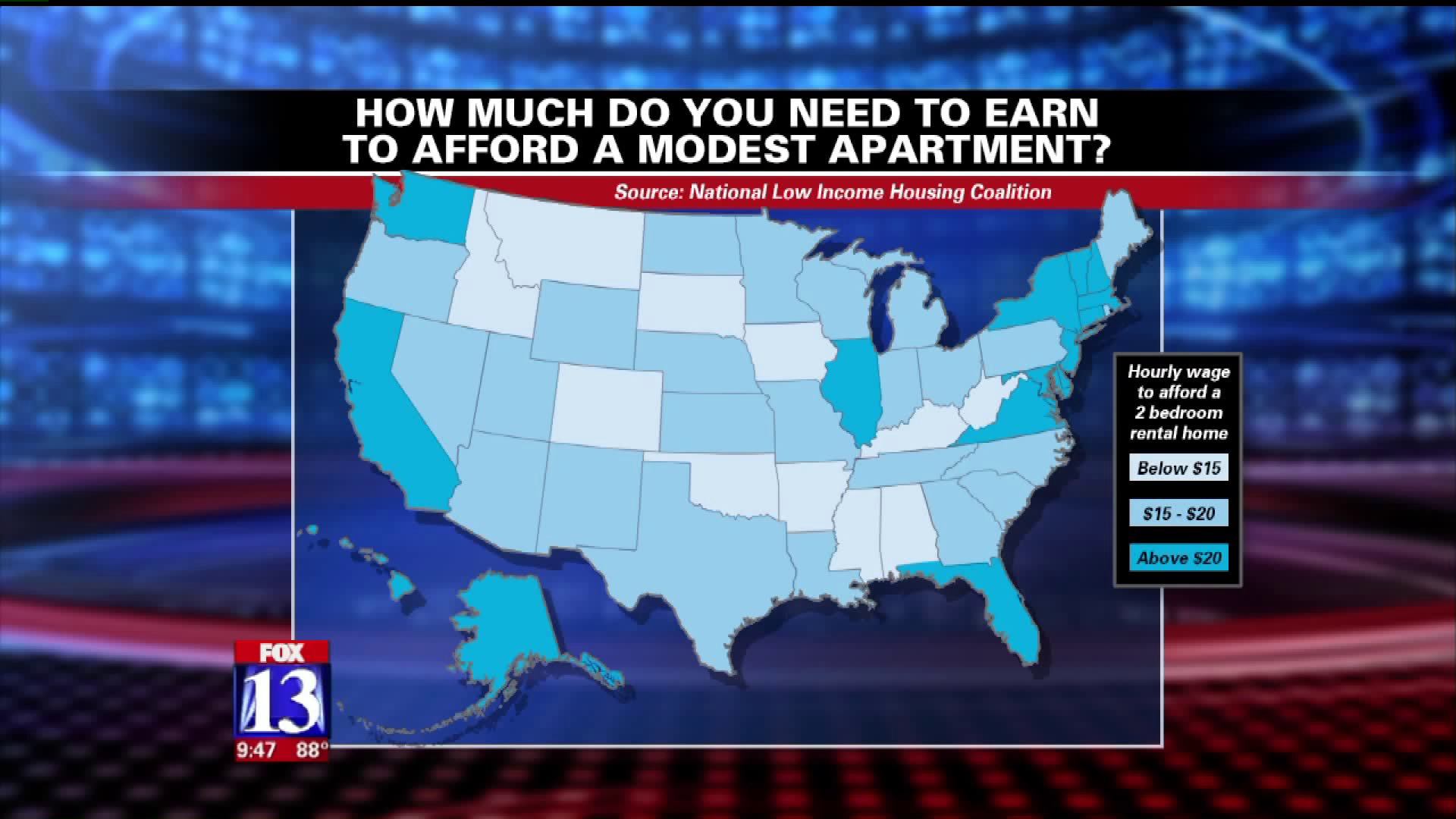 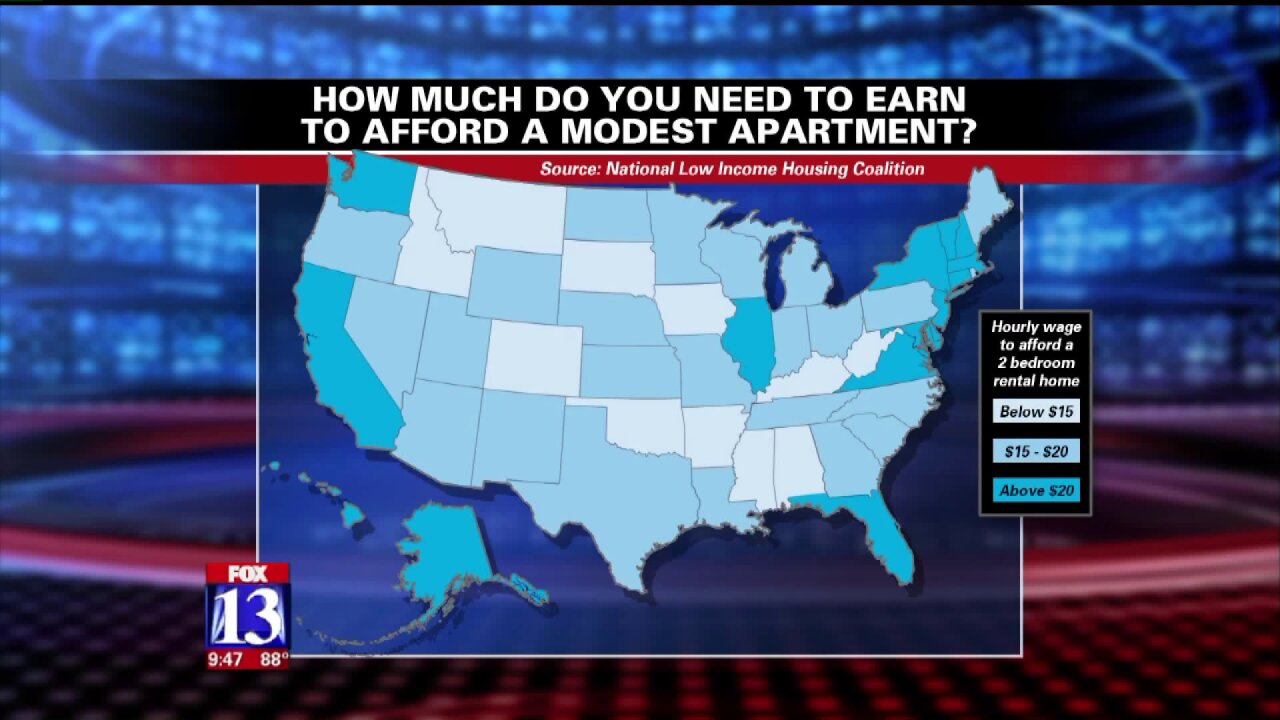 It also showed in order to rent a modest two-bedroom apartment in the state, someone who is making minimum wage would have to work 94 hours per week.

The other problem is people in Utah are paying more than 30 percent of their income to their housing.

“We have a number of people paying over 50 percent of their income to housing,” said Utah’s Housing Coalition Executive Director Tara Rollins. “It's discouraging and I think what's most discouraging is the thought that people aren't working hard enough. People are working extremely hard and unfortunately, there are a lot of jobs that are only hiring part-time so they have to have multiple jobs to make ends meet.

“I mean for single mothers, who may have one or two children, to be able to afford (a two-bedroom apartment) just in Salt Lake county alone it's $19.04 an hour for someone to afford a two bedroom place.”

She also said senior housing is difficult to find.

“We don't have housing for seniors. There is a six, nine-month waiting list; over a year in places just to get a senior into them into housing," Rollins said.

Salt Lake City Mayor Jackie Biskupski has developed a seven-point plan with the city to combat the affordable housing crisis, as she calls it.

“Nearly half of renters in Salt Lake City are considered cost burdened, meaning they are spending more than 30 percent of their income on housing, said Biskupski back in February.

Her plan addresses city policies that are old and outdated by new population standards.

“This plan acknowledges that some city polices implemented during a time when Salt Lake City was very different than it looks today are not limiting our ability to make change, and worse promoting economic segregation in our city.”

Rollins likes the movement the mayor is making.