Fire management teams say they are hopeful they can make some headway Monday.

The light winds have changed direction overnight from north to south and fire crews said they are hopeful it may burn itself out.

Firefighters say the blaze is not as dangerous as it once was thanks in large part to the pilots of about two-dozen planes and helicopters who have been up fighting the flames since Saturday when it grew to about 1,000 acres.

The planes carry anywhere from 3,000 gallons to 750 gallons of water or retardant.

The pilots go from about 9 a.m. until about 8:30 p.m.; long days but they are crucial in this firefight.

Officials said the inversion is making it hard for pilots to take off Monday.

The fire has destroyed one home so far and burned three others.

No one has been seriously injured, but the community of Brian Head will remain evacuated until fire managers are sure the threat of fire impact is gone. 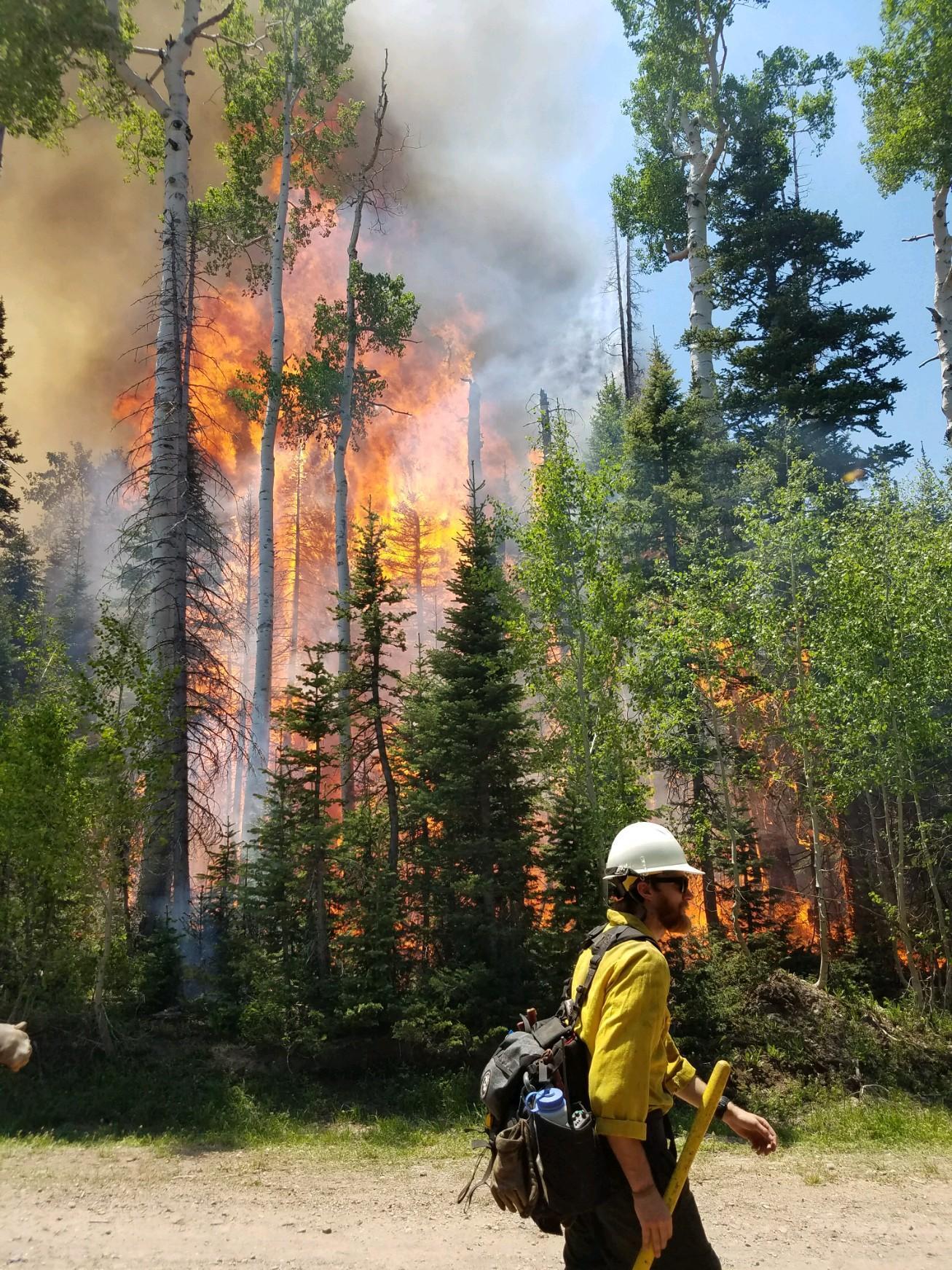