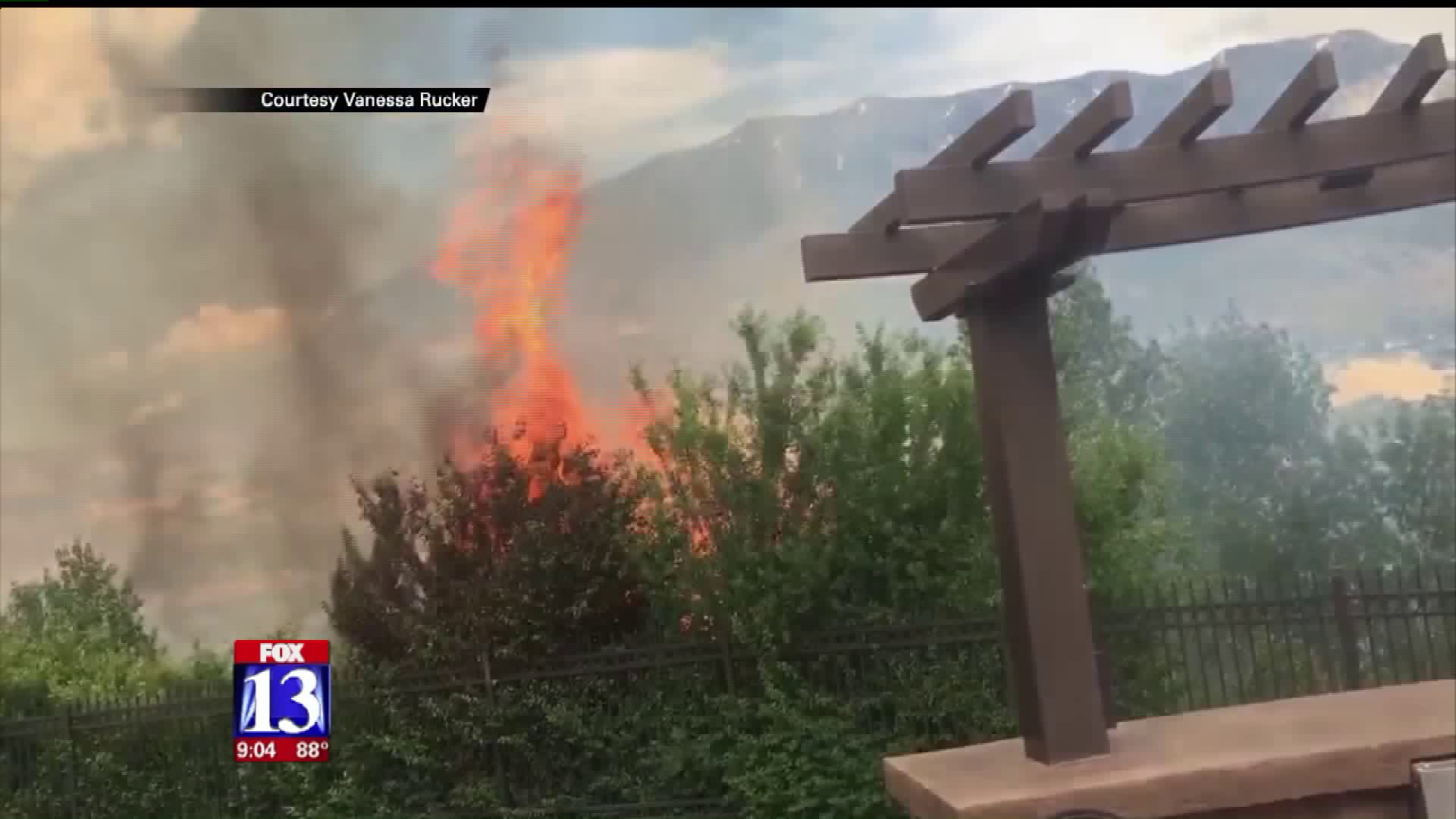 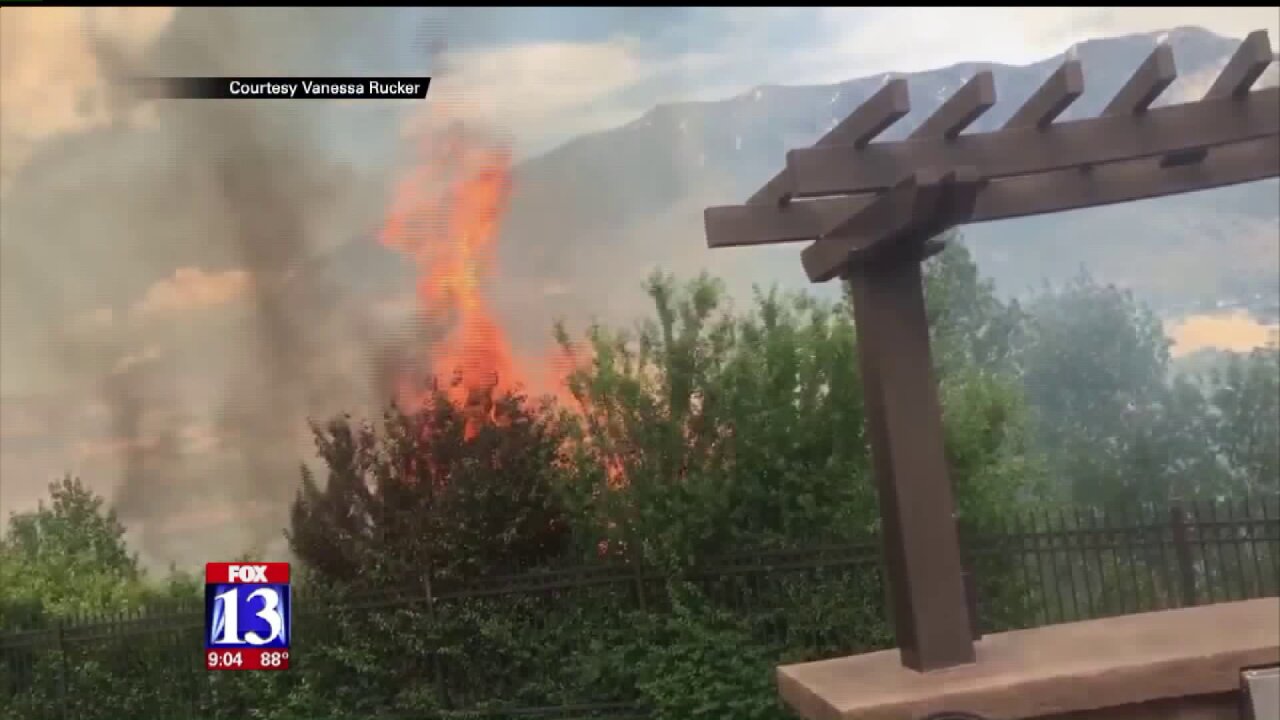 According to Battalion Chief Jason Earl from the Orem Fire Department, the 3.5 acre fire sparked near 1200 Center St just after 5 p.m.

"The flames were going high, and if you were standing back on the road it looked like the homes were on fire," said Frank Davis, who lives in one of the homes fire fighters evacuated.

A video his neighbor took shows flames right behind Davis' home, shooting up past his roof. Another video shows the fire creeping up toward his backyard.

Earl said the fire appeared to start next to the walking and bike path below the bridge where Center Street crosses over the path.

He said gusty winds fueled the flames, and the fire quickly raced up the hillside toward homes, including where Davis lives.

Davis said his wife was watching a movie with her grandchildren when they got the knock on the door to get out.

"She came outside and basically freaked out," Davis said. "There were flames coming up very high, the wind was blowing. She was afraid, obviously, the house was going to catch on fire."

Earl said after evacuating the homes, they began working on structure protection. He said the steep, rocky terrain on the hillside created a challenge for fire fighters.

One fire fighter injured his foot while navigating the terrain, though Earl said the injuries were minor.

In 30 minutes, Orem fire had the blaze under control and shortly after 6 p.m., the Orem Fire Department reported crews were working on hot spots.

Investigators are working to determine the cause of the fire, and Earl warned citizens to be careful and behave responsibly during the high fire danger.