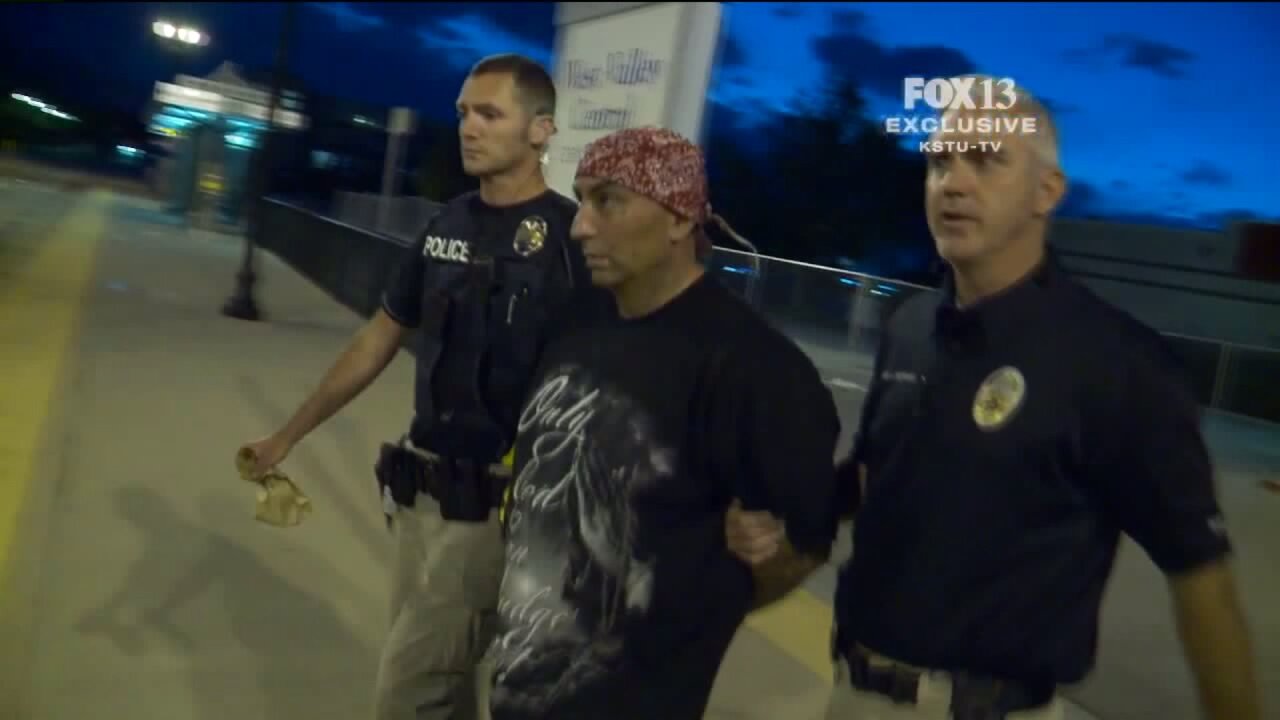 WEST VALLEY CITY, Utah — Formal charges have been filed against a man accused of hitting and killing another man in West Valley City after the victim confronted the suspect about abusing an animal.

Aaron Daniel Hosman, 40, was charged Wednesday with one count of murder with a dangerous weapon, one count of obstructing justice, and one count of cruelty to an animal.

The charges stem from an incident on June 7, where Hosman allegedly hit and killed 47-year-old Jeremy Hardman.

Hardman and a friend, Jason Estes, had stopped at the intersection of 4100 South and 3600 West to confront Hosman after they saw the man punching a small dog, according to charging documents.

After the verbal altercation, both parties got back into their vehicles. Hardman then realized he had left something one the side of the road, and Estes stopped his vehicle on the shoulder as Hardman got out to retrieve it.

The suspect then pulled alongside the parked car and told Estes to follow him before driving off. When the vehicle did not follow, Hosman allegedly made a U-turn and accelerated. Hosman struck Hardman in the crosswalk, and the victim was thrown more than 50 feet after the impact and suffered fatal injuries.

Police later located the dog,  a chihuahua named Buddi who belongs to a friend of Hosman’s, and determined the animal is OK.

At least one witness said it appeared Hosman aimed to hit Hardman, and multiple witnesses said the car did not slow or swerve after the deadly impact.

Surveillance cameras captured images of the suspects vehicle, and after the image was publicized a tipster told police the car belonged to Hosman. A woman saw the car in her neighborhood on June 9 and called police. Officers responded and located the vehicle, which was empty.

Charging documents state Hosman appears to have tried to alter the appearance of the vehicle by partially painting it white, removing a sticker from the window, and putting on a license plate registered to a different car. The car also appeared to have been equipped with different wheels than those pictured in the surveillance images. Police ran the VIN and saw the car was registered to Hosman.

Hosman was arrested June 11.  His bail is set at just over $1 million.