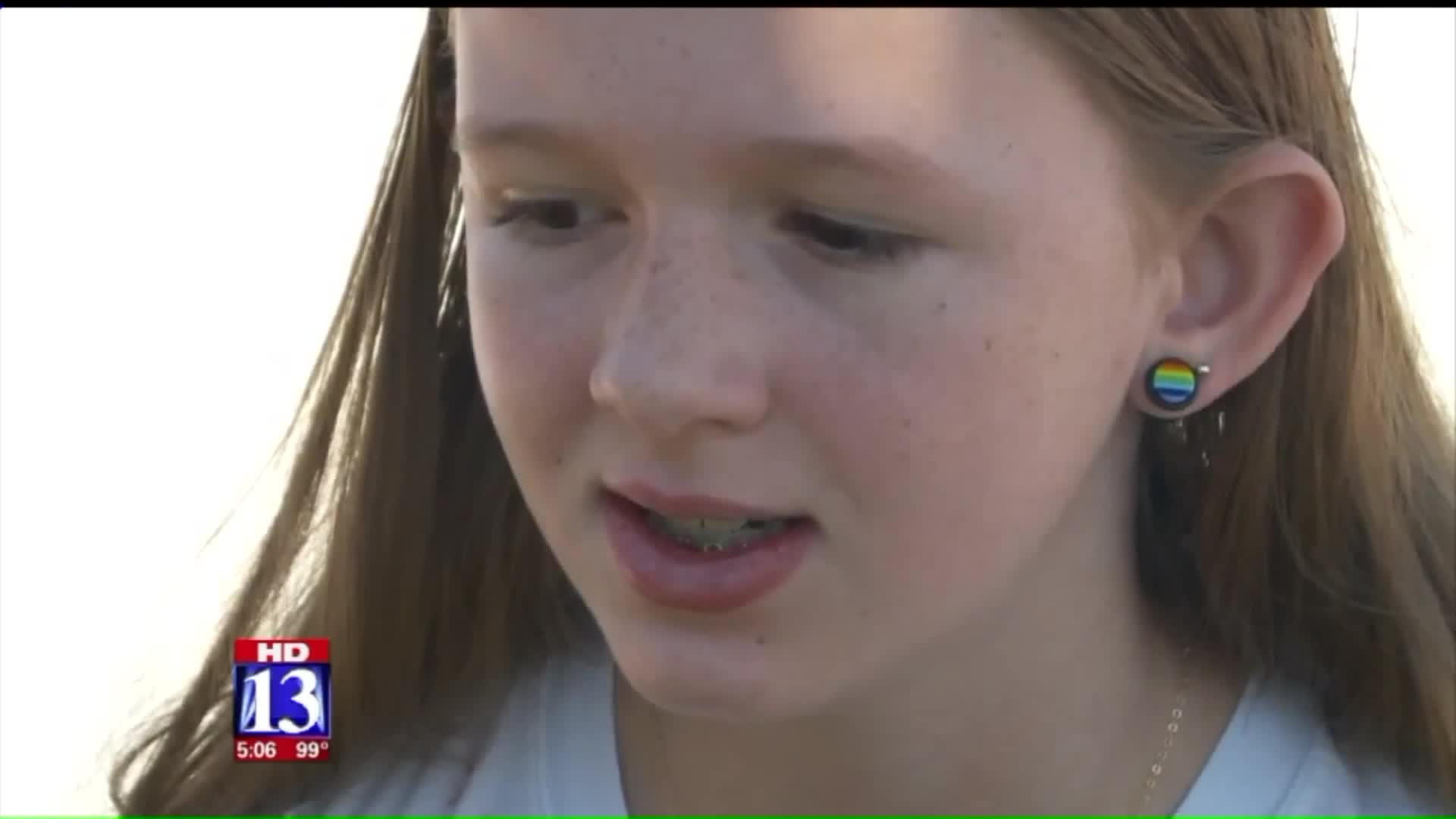 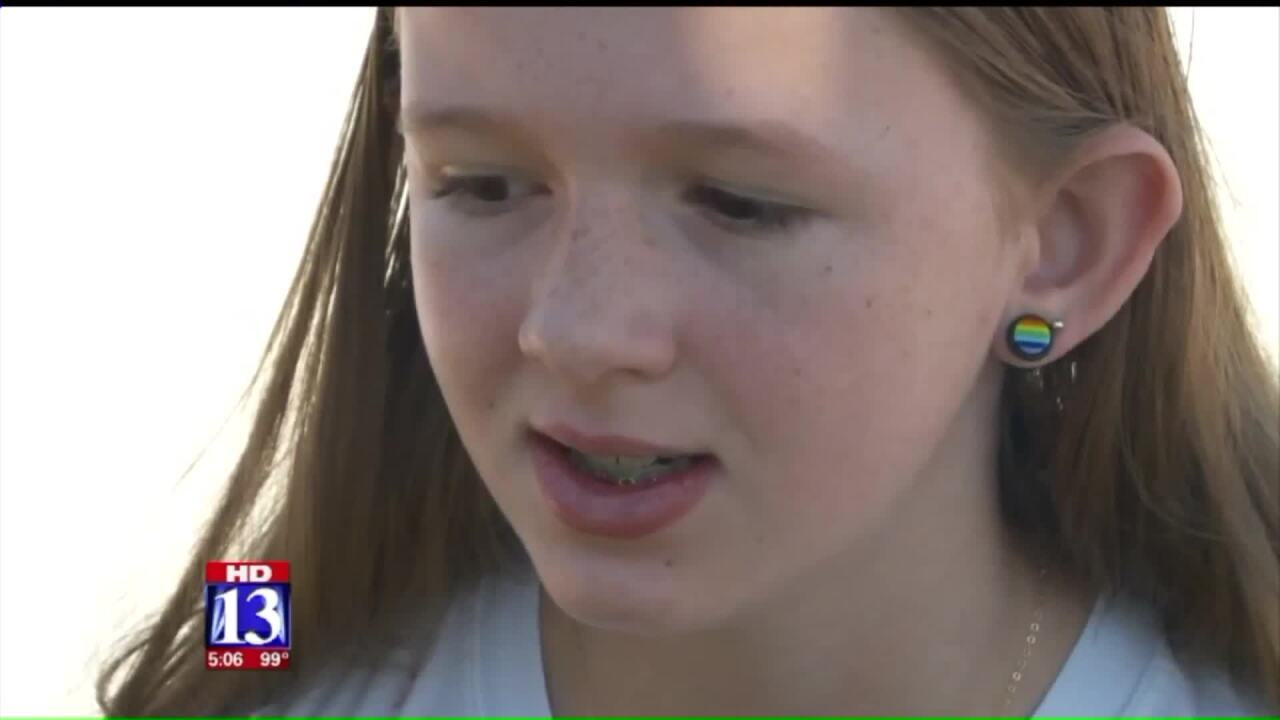 UTAH COUNTY -- A young girl from Utah County is making national headlines after video surfaced on social media of her bearing her testimony on being Mormon and gay to her LDS Church congregation.

Savannah, who turned 13 years old Wednesday, spoke about her sexuality during a testimony meeting last month.

Savannah says she started realizing she was different from her friends in 6th grade. While they were sharing their feelings about boys, she was crushing on girls.

Being raised in The Church of Jesus Christ of Latter-day Saints created a conflict in her heart, but ultimately she came out to her parents a year ago and then decided she wanted to come out to the members of her ward.

“They did not mess up when they gave me freckles or they made me to be gay,” Savannah said during her testimony last month.

This was not something Savannah’s parents wanted her to share with her congregation.

“When I talked about it with my husband, we were on the same boat there," said Heather Kester. "We just both thought it would’ve been hurtful for her, but then she kept persisting."

However, after months of insisting, they got on board and last month she stood up in front of her ward and shared her truth.

“I hope to find a partner and have a great job," Savannah said during her remarks. "I hope to get married and to have a family. I know these dreams and wishes are good and right. I know I can have all these things as a lesbian and be happy."

However, after a few minutes, the mic was shut off.

“When I turned around he was like, 'Can you sit down?' and I was like, 'oh,” Savannah recalled.

“She came around and just laid in my lap and cried,” Kester said.

There are clear guidelines laid out by the LDS Church regarding bearing testimony at church and what’s considered appropriate. In a letter written by the first presidency, it says “parents and teachers should help children learn what a testimony is and when it is appropriate for them to express it.”

Many LDS faithful say the mic has been shut off before when people speak about politics or anything that isn’t within LDS church doctrine during testimony meetings. Many have said Savannah’s testimony was simply shared at the wrong time and place.

“When is the time or the place?" Kester said. "She felt like she wanted to share with her congregation and that is her congregation. That’s her neighborhood and this is her faith."

It’s also clearly written in the LDS Church handbook that “taking photos or recording video in the chapel is not permitted.”

However, Kester says it was recorded by a friend who supported the message.

“Because I wanted my message to come out to everyone and because even if I was to stand by and watch it happen, nothing would happen and it would probably get worse,” Savannah said.

There are a lot of people who have told Savannah she was brave. Many others have said she shouldn’t have shared in this way, but regardless of what other people are saying, Savannah is comfortable in her own skin.

“Even if they’re saying something rude about you, you should always accept them for who they are and love them,” Savannah said.

In terms of Savannah’s faith moving forward, her mother considers herself an ex-Mormon while her father is an active Mormon. Right now, Savannah says she’s somewhere in between.