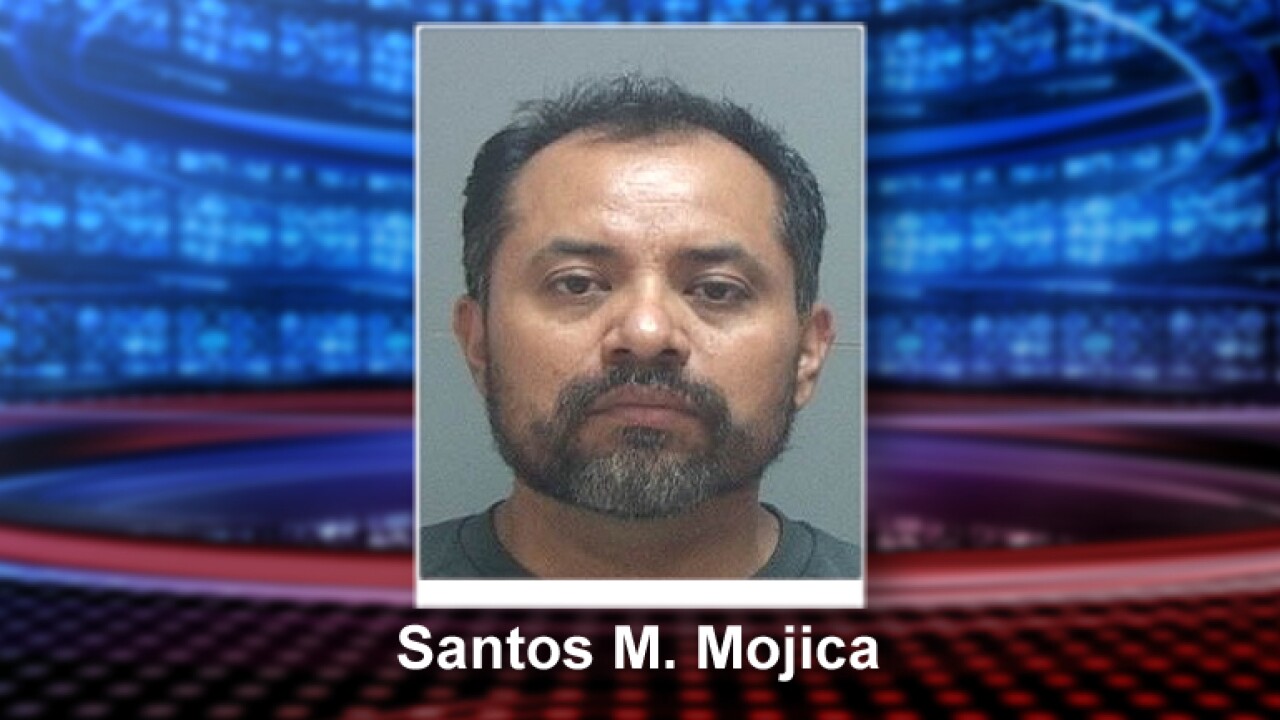 SALT LAKE COUNTY, Utah — ICE agents arrested a man in Utah this week who allegedly held a woman captive, separated her from her children, brought her to the U.S. illegally and forced her to have sex with other men.

Santos M. Mojica was arrested Tuesday afternoon after ICE agents located him at a restaurant on Highland Drive in Salt Lake County.

According to statement of probable cause, The Utah Attorney Generals Office began investigating the case after receiving a tip about possible human trafficking.

The alleged victim told investigators that she met the suspect about 8 years previously in her home country of Guatemala. The pair got into a relationship, and the woman moved with Mojica to Mexico after he promised to bring her children along at a later time. The man told her he was a “coyote” and could get her children into the country.

Instead, the suspect allegedly procured false documents and forced the victim to work at  sewing factory. Over the next two months he allegedly kept her locked in a room at the residence they shared, letting her out only to work. The victim said Mojica would lock her in the room when he was away from the residence, and she could not eat or use the restroom while so detained.

The suspect then told the woman he was taking her to Utah, and they traveled through the desert and into Arizona, where they stayed for about a week before moving on to the Salt Lake area.

The victim said the suspect got her fraudulent documents so she could work. Soon after, the victim said Mojica started forcing her to have sex with men for money, which was paid to Mojica by the men.

During the course of the investigation, agents determined Mojica had obtained fraudulent documents to gain employment at three businesses in the Salt Lake area.