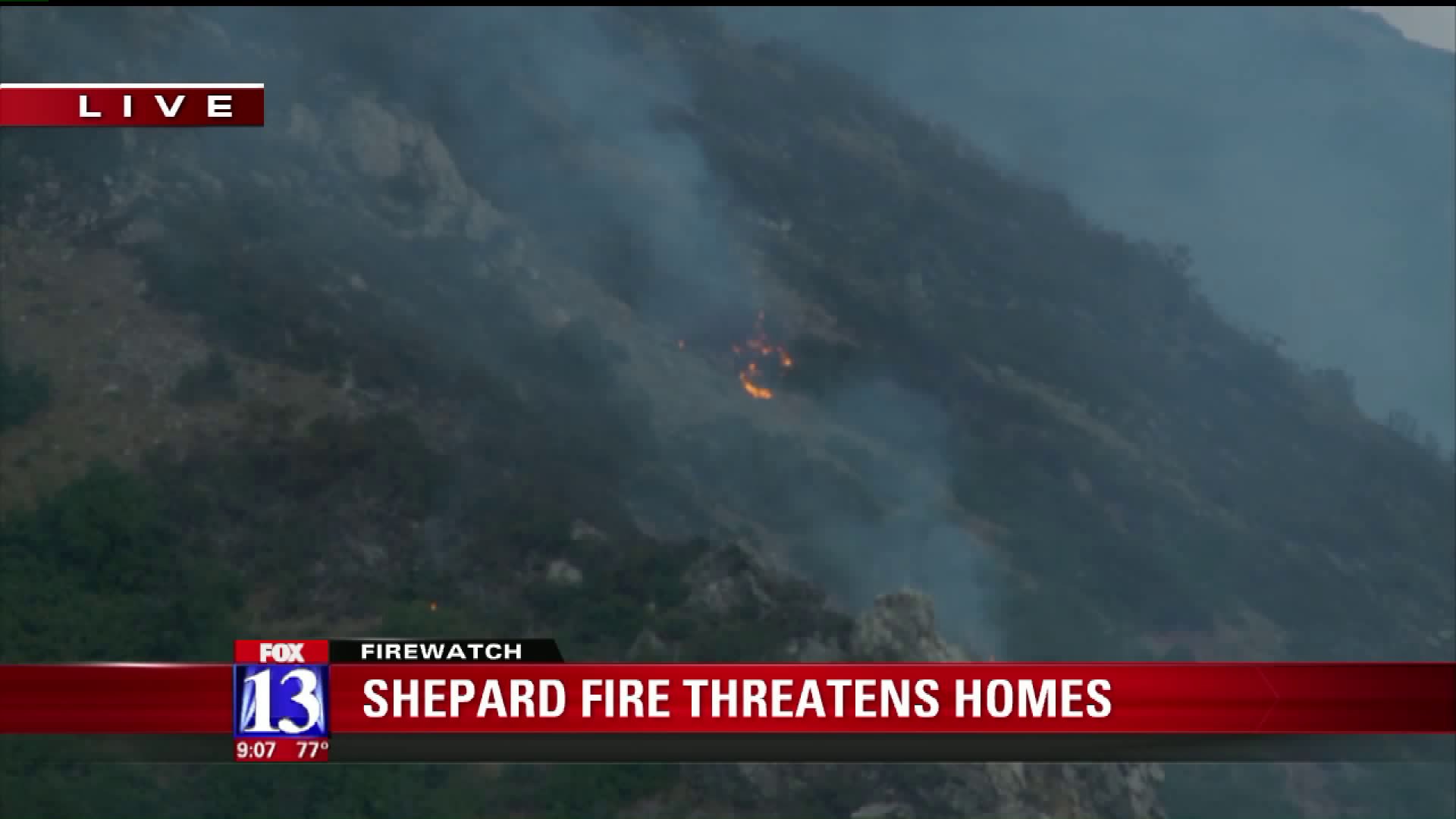 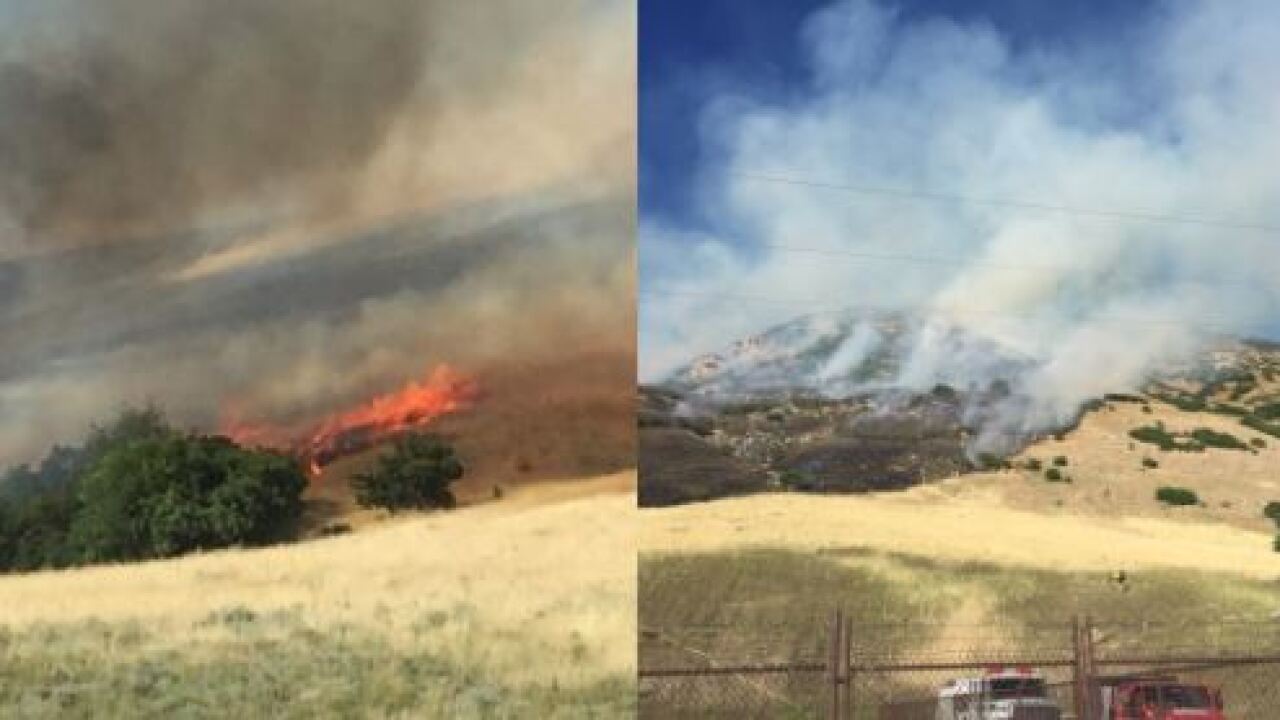 UPDATE: Fire officials said as of Saturday at 7:45 p.m., the Shepard Fire is 75 percent contained. More accurate mapping has placed the estimated size of the fire at 80 acres.

FARMINGTON, Utah - A fire that started near a Farmington subdivision Friday night caused one resident to run outside in a panic.

"I heard a loud boom!" said Ann Hansen, who was house sitting for her son. "It lasted a few seconds. It was scary!"

Hansen said firefighters told her it was from a blown transformer just behind her son's backyard fence, but fire investigators wouldn't confirm that detail to reporters just yet. The fire burned so closely to the Hansen house that it burned a hole in the family's backyard basketball court nets.

"They wanted to use the backyard pool to put the hoses in," Hansen said. "But I told them I couldn't pull the pool cover back."

That's because many of the homes in the subdivision were without power as a result of the fire.

Friday night, fire officials estimated the power would be restored by 10:30 p.m. Meanwhile, they continue to chase the flames up the hill and away from the homes.

"Our primary concern is we don't want to let it get over the ridge line," said Dave Millheim, Farmington's city manager. "Once it gets over the ridge it could really blow up on us. If we can get the upper edge, we'll be in good shape."