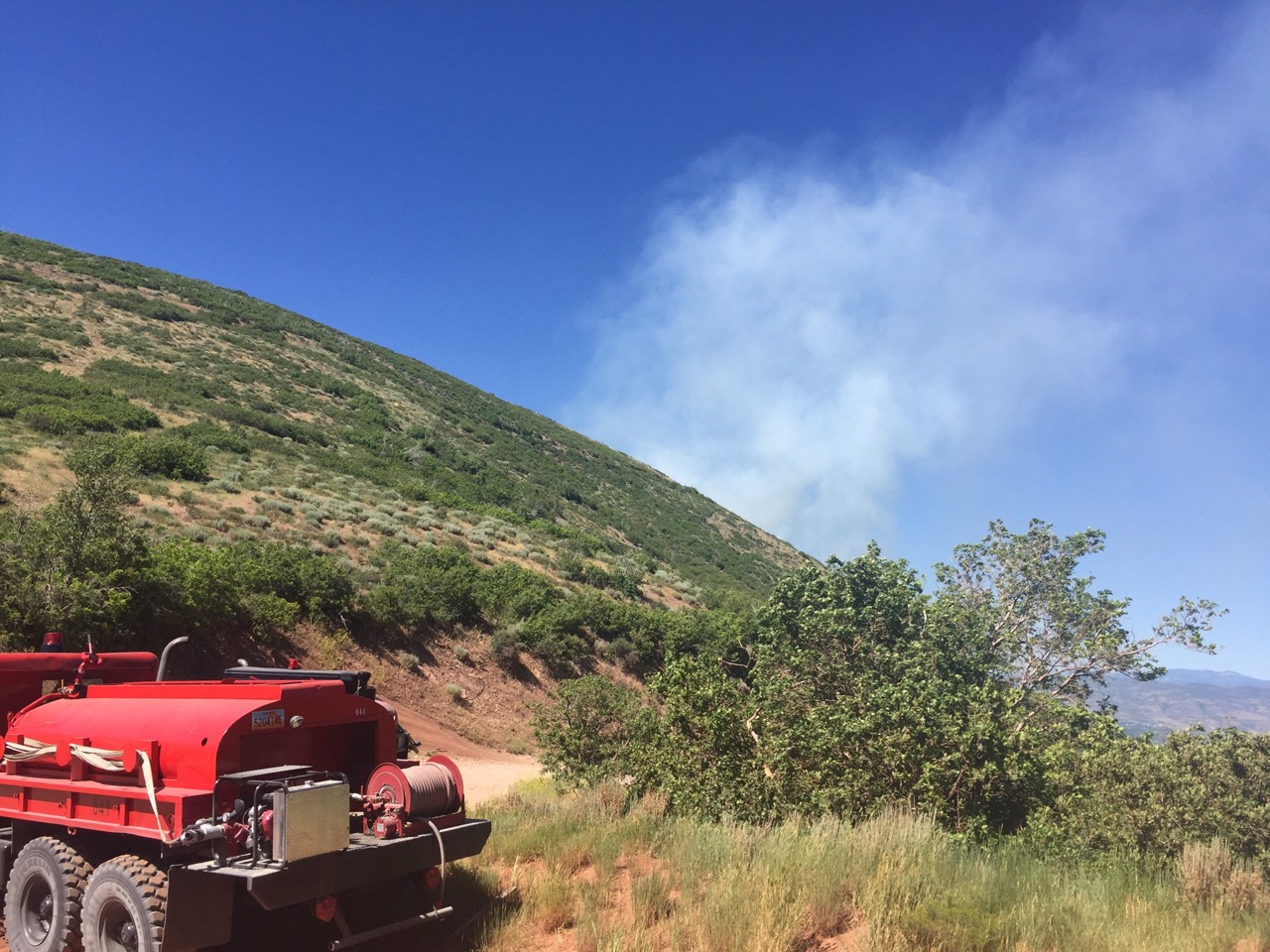 WASATCH COUNTY, Utah — A wildfire is burning on an estimated 20 acres near Heber City Friday afternoon, and authorities believe an ATV crash sparked the fire.

Fire officials initially stated the Soldier Hollow Fire was threatening structures, but later Friday night they stated that was not the case.

The size of the fire was initially estimated at 150 acres, but later officials said it is actually on an estimated 20 acres.

Lt. Janet Carson of Wasatch County Fire said the blaze began on Cascade Springs Road around 3 p.m., possibly due to an ATV that crashed and rolled in that area.

The driver of the ATV suffered minor injuries and was not taken to a hospital.

Carson said the fire is on the Heber side of Cascade Springs Road and is moving up a ravine. A helicopter is enroute to assist firefighters.