HIGHLAND, Utah -- Fire crews fought to protect homes Saturday after a fire ignited near the mouth of American Fork Canyon, and the fire has grown to more than 300 acres.

The US Forest Service said the blaze began due to a campfire that was left unattended.

“...it started as a small brush fire just right behind the homes on the bench in Highland," he said. "Lone Peak Fire District units were called at about 4:20 this afternoon. The fire, as you can see, it’s pretty steep terrain so it moved up the mountain pretty quickly."

Campbell said the fire was initially burning very close to homes, and units made protecting those structures their top priority.

“It was probably within 100 yards of the homes that run right along the bench there," he said.

Carrie Pearce lives in one of those homes.

"Our neighbor called us and said, 'Carrie, there is a fire on the mountain behind your house,'" Pearce said. "We got everything packed in cars and the motor home, everything moved out that we thought was irreplaceable."

Units from Lone Peak Fire were assisted by crews from American Fork, Pleasant Grove, Lehi and northern Utah County as well as the US Forest Service.

“Because of that we were able to protect all the homes, first and foremost," Campbell said of the rapid response from those agencies. "There’s no injuries and no property lost at this point."

No evacuations have been ordered due to the fire, Campbell said. However, there are road closures in the area of Shore Line Drive. The roads in and out of American Fork Canyon are closed, and those already in the canyon are being detoured out through Provo Canyon.

Campbell said they don't have an estimate on containment at this point, but he said their priority is to keep the fire away from homes.

The fire has since shifted away from the homes and into the mountains of American Fork Canyon. Tankers are continuously dumping retardant from above.

"With the breeze and with the temperatures it spread up the mountain really quickly," Campbell said.

Pearce said her family is now breathing a sigh of relief, and adds that, having grandchildren, you realize what your priorities are during times like this.

"The stress to me is keeping them calm, and letting them know that we won't let them get burned up," Pearce said. 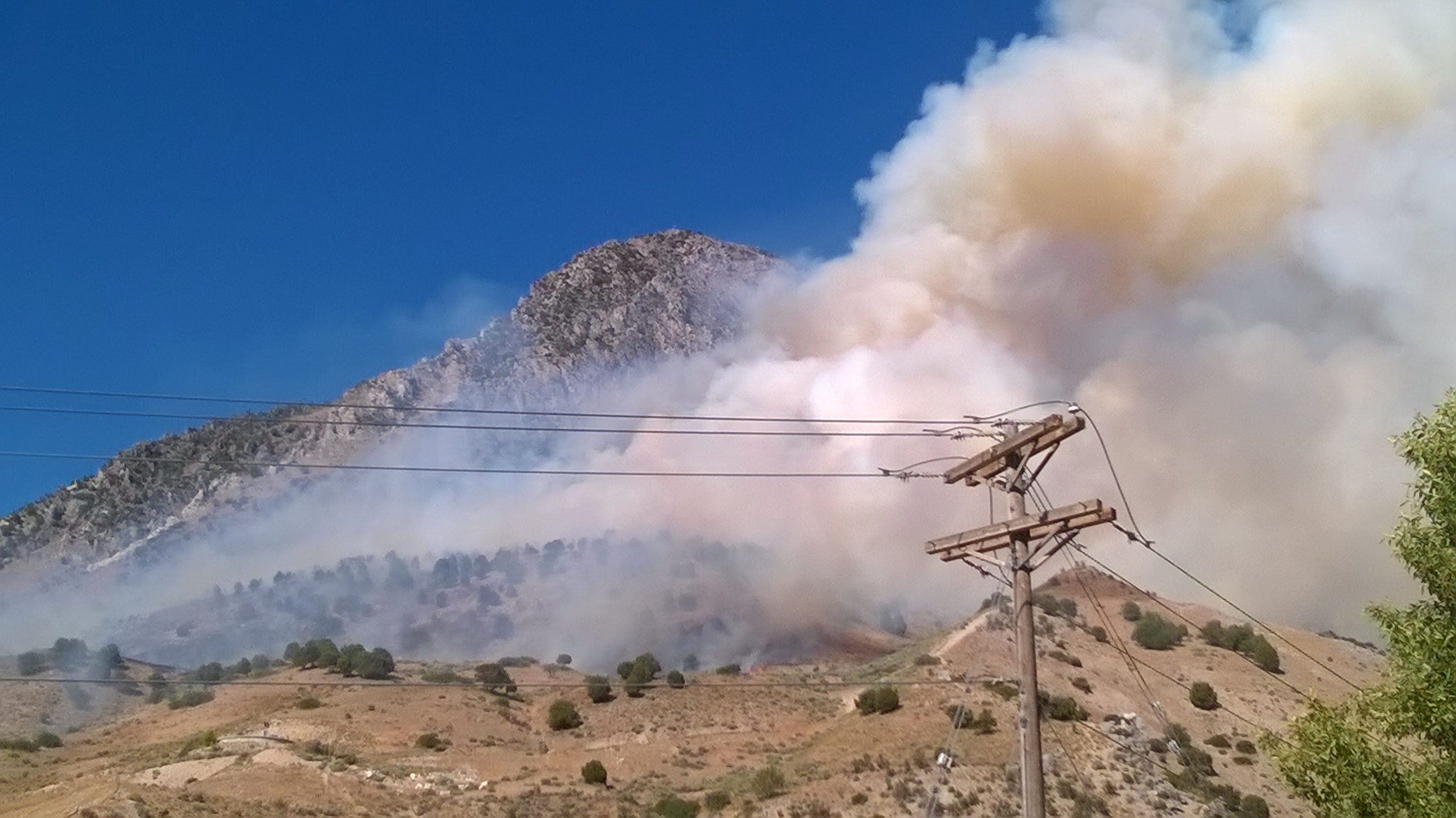