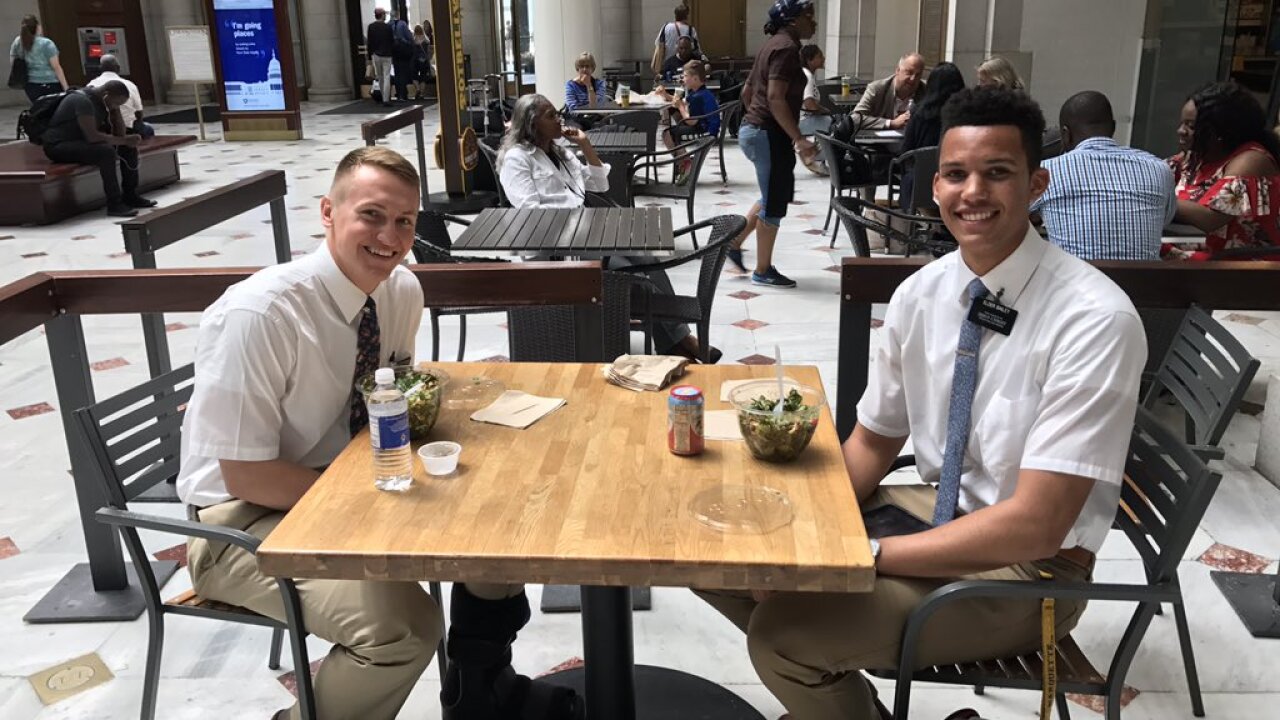 WASHINGTON, DC — Two missionaries for the Church of Jesus Christ of Latter-day Saints were caught performing a random act of kindness Monday.

He tweeted that he was impressed one of the missionaries gave a man some money even though they keep to a tight budget.

Missionaries live on a tight budget. Impressive to see them helping a guy out in Union Station. pic.twitter.com/XTsDV7tptP

His father is Thurl “Big T” Bailey, a legendary player for the Utah Jazz and a longtime broadcaster for the team.

Fun fact: later found out that missionary was Elder Bailey, son of Thurl Bailey. Who you all know… https://t.co/u2kl9wFY3C pic.twitter.com/qwjKlH2SDG

Sindi Bailey, Thurl’s wife, told Fox 13 Brendan has been serving in the Washington DC North mission for 15 months.  He plans to play basketball at Marquette University in Milwaukee after his mission.   Sitting with Brendan is Elder Torgerson from Richfield, Utah.