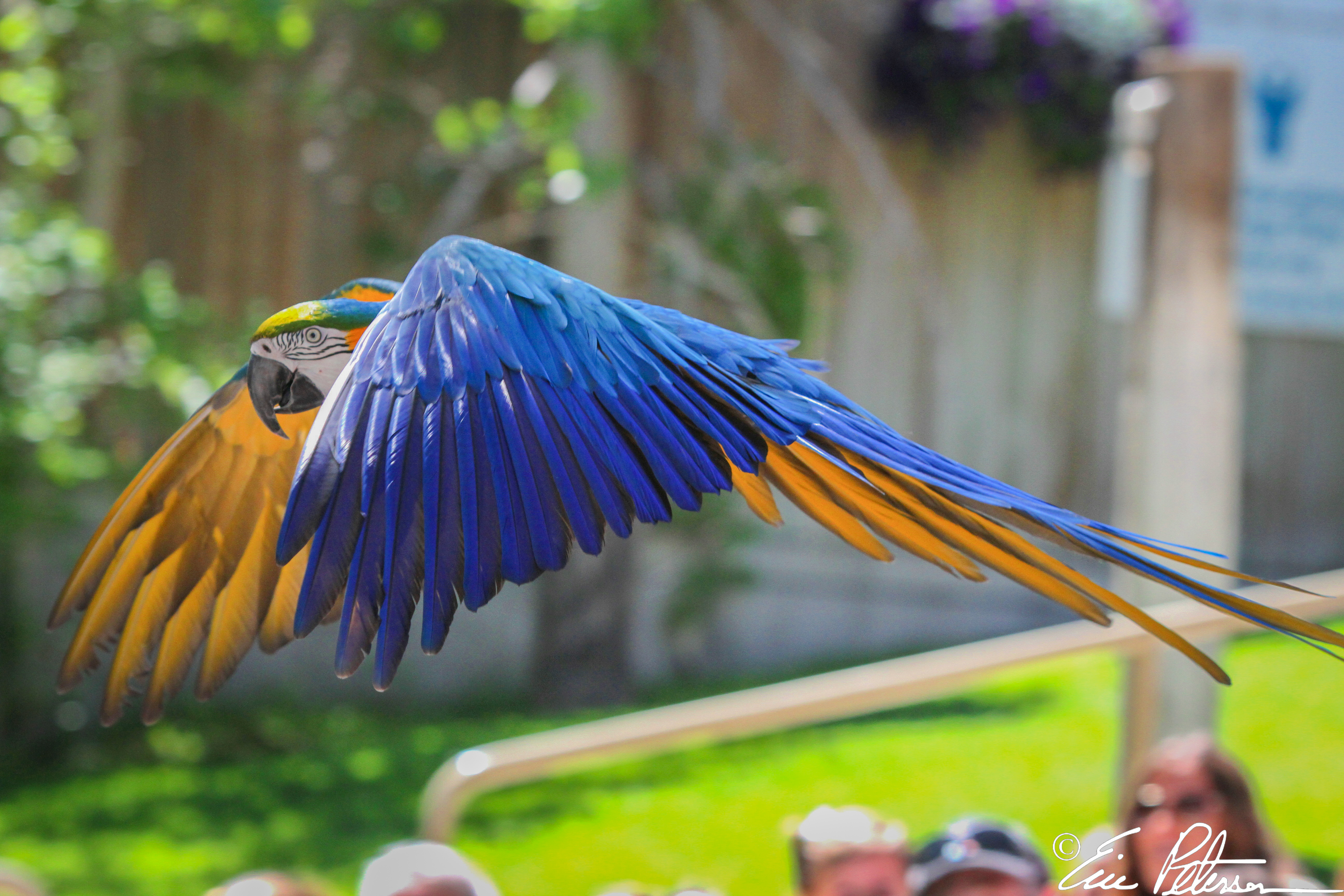 SALT LAKE CITY — Another key player in the “World of Flight Bird Show” at Hogle Zoo has died.

“Winston,” a blue and gold macaw, got spooked and flew away from his perch, then across a nearby street, where he was struck by a car, according to a statement from the zoo. The driver was elderly and did not stop at the scene, the statement said.

“We’re just so devastated,” said Steve Chindgren, founder of the World of Flight Bird Show, in a statement sent to FOX 13. “We’re all trying to process it a little bit so that we can even come to work tomorrow. We’re sick.”

Winston was a rescue bird and was given to the zoo about eight years ago, the statement said, but it’s unclear how old he was.

Last month, another fixture of “World of Flight” also died unexpectedly. “Max,” an African Lanner falcon, accidentally landed in the zoo’s wolf enclosure, where he was killed by wolves.

“They’ve been absolute flukes – that’s the only word for it,” Chindgren said of the two deaths. “Just flukes, devastating flukes.”