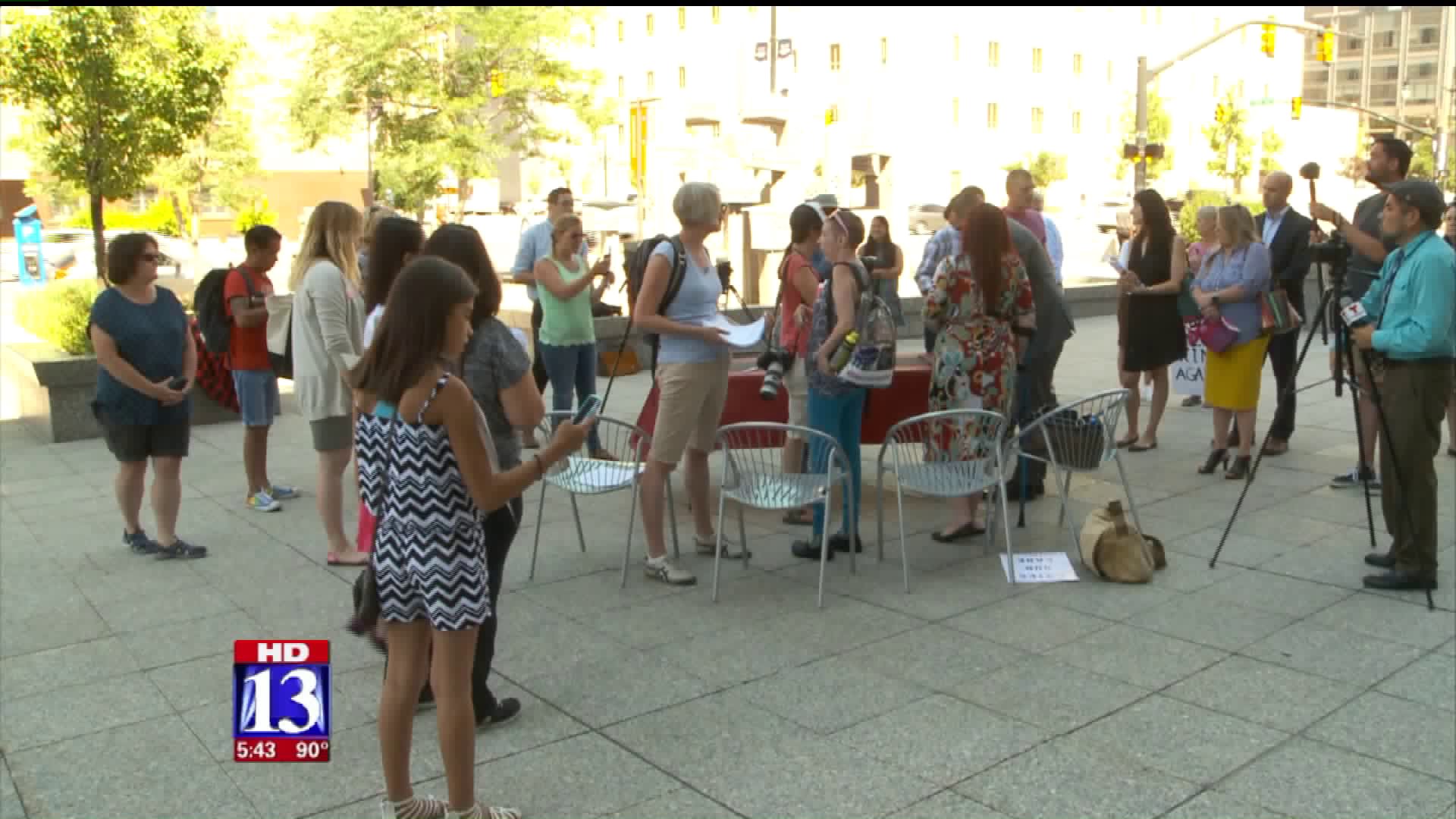 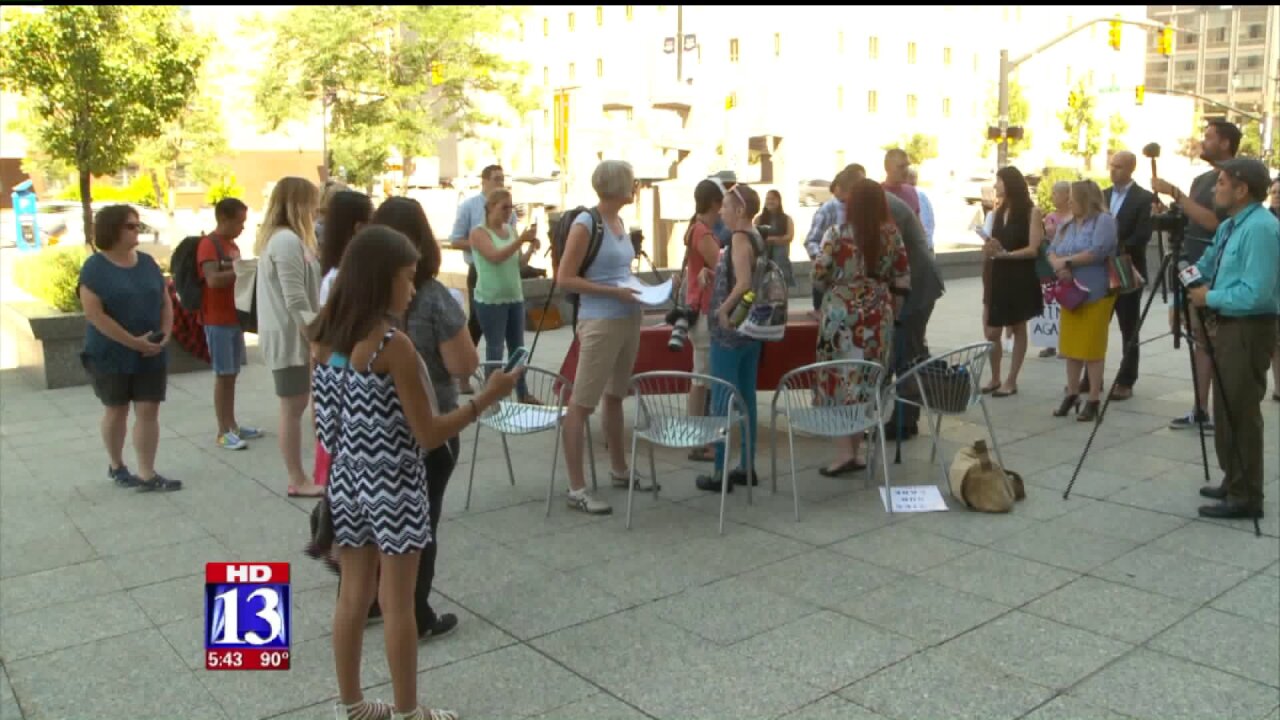 SALT LAKE CITY -- A group of activists brought their health care stories to the Wallace Bennett Federal Building in Salt Lake City in hopes of swaying a man who has a big hand in the national debate over health care reform.

"Senator Hatch helped create CHIP, he helped fight for the ADA: He needs to support his own legacy and stand by his achievements and that's what we're asking him today," said Stacy Sanford of Healthier Utah.

Sanford is part of a larger group calling itself Save Medicaid Utah.

Three Utah women told personal stories of their experience with the health care system before and after the Affordable Care Act was passed.

Joanne Smith says her family had good health insurance, but her son with autism still maxed out his allowed expenditures for treatment on more than one plan. The ACA banned such caps on expenditures, but the Senate's Better Care Reconciliation Cap would allow states to re-institute caps.

"He's 14 years old; He's been under 12 different insurance plans since he was born," Smith said.

Lee Fulmer has suffered from multiple sclerosis for 10 years, and she says Medicaid has allowed her to stay employed and relatively healthy while dealing with her disability.

"I know that my disease progression is way slower because of these drugs, and they are so expensive," said Fulmer, who is one of about 10 million disabled Americans receiving Medicaid benefits.

Claudia Curiel lost her job and health care when she was homebound after severe complications while delivering her fourth child.

"I lived scared every day, hoping and wishing my children would not get sick," Curiel said, adding that Medicaid and the Children's Health Insurance Program gave her family the breathing room to recover both physically and financially.

Members of Senator Hatch's staff gave a warm greeting to the activists as they delivered a giant stack of printed stories and signatures, and the Senator's spokesman, Matt Whitlock, said Hatch appreciates the group.

“Members of Senator Hatch’s staff were pleased to meet with representatives from these groups today and receive their petitions, and he has been grateful to meet with them and receive their input over the last few months. Throughout his term of service groups like these have served as critical allies in his efforts to pass more lifesaving healthcare legislation than anyone in modern history, including establishing the children’s health insurance program, which guarantees care for our youngest and most vulnerable, creating the modern generic drug market, which gives every American access to affordable and lifesaving prescription drugs, writing and pass the orphan drug act, which spurs innovative cures for those with rare diseases, and championing the Americans with Disabilities Act, among other critical healthcare efforts. He will continue to listen to input from constituents as he works to address the undeniable shortcomings of Obamacare and bring Utahns and all Americans the patient-centered and affordable care they deserve.”

The activists acknowledged Hatch's resume as a champion of health care, but say the current Senate contradicts that legacy.

Congress goes into recess for two weeks as of the Independence Day weekend, and protests are expected to intensify in many states where Senators may be on the fence over health reform.