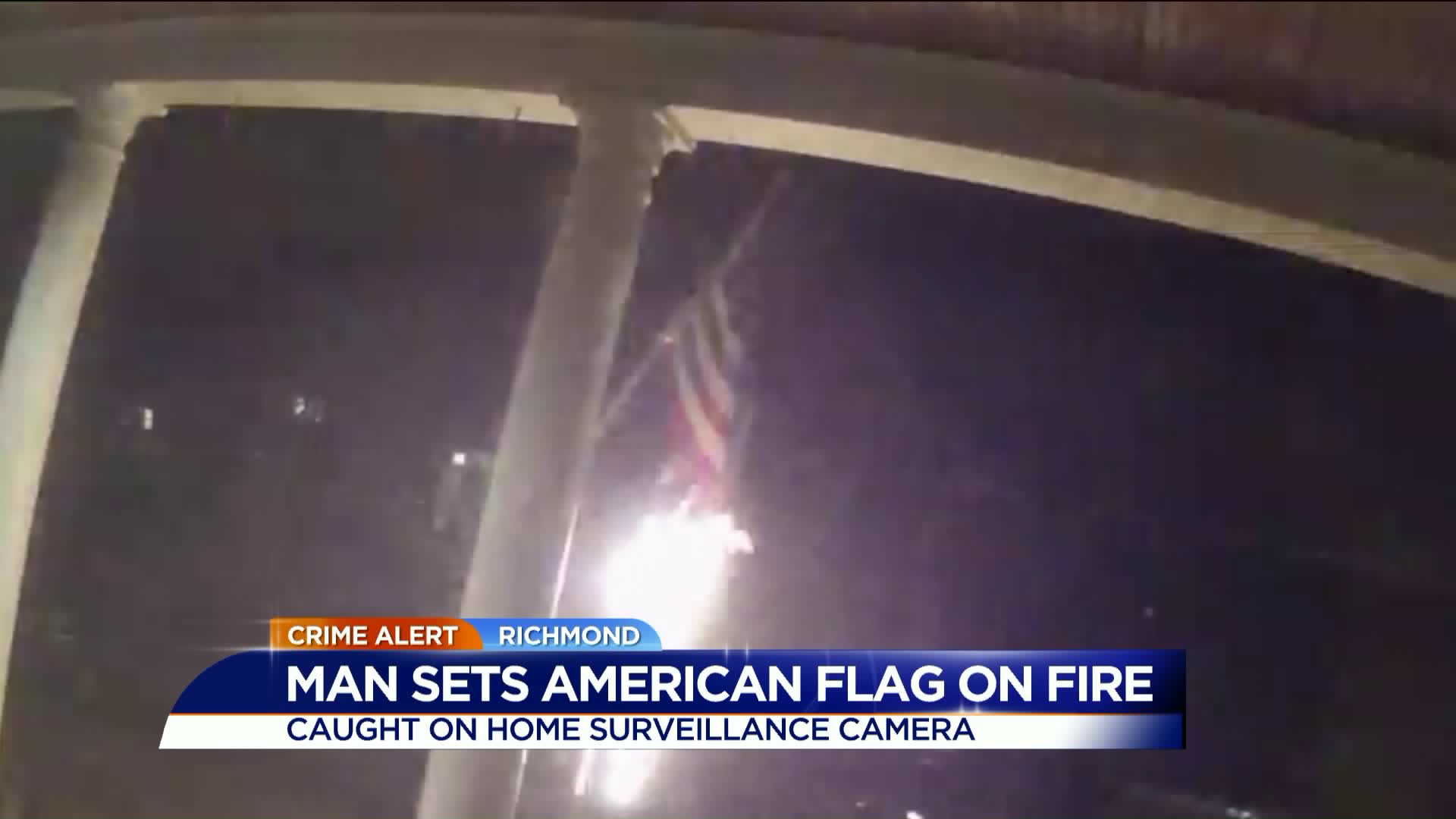 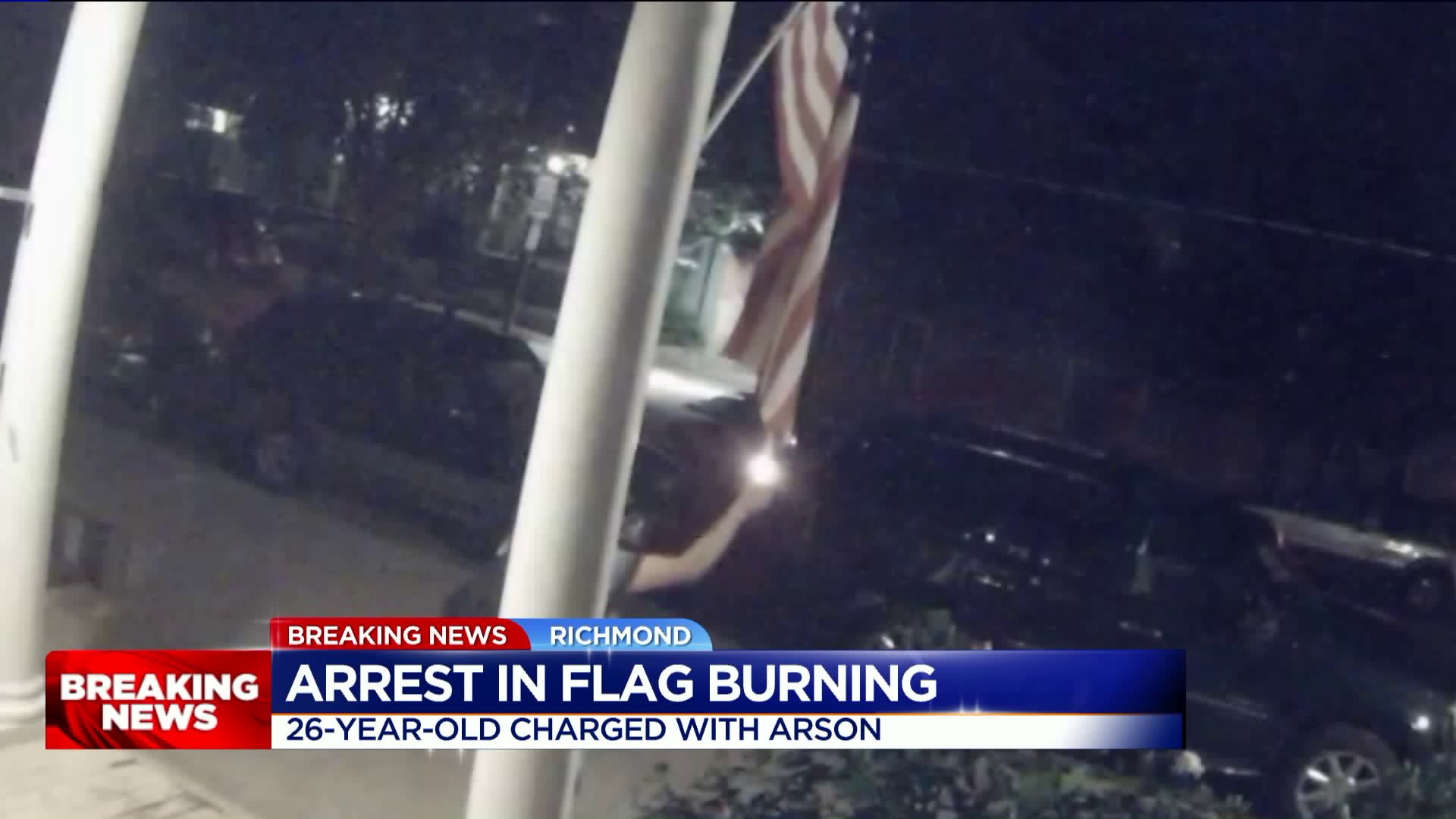 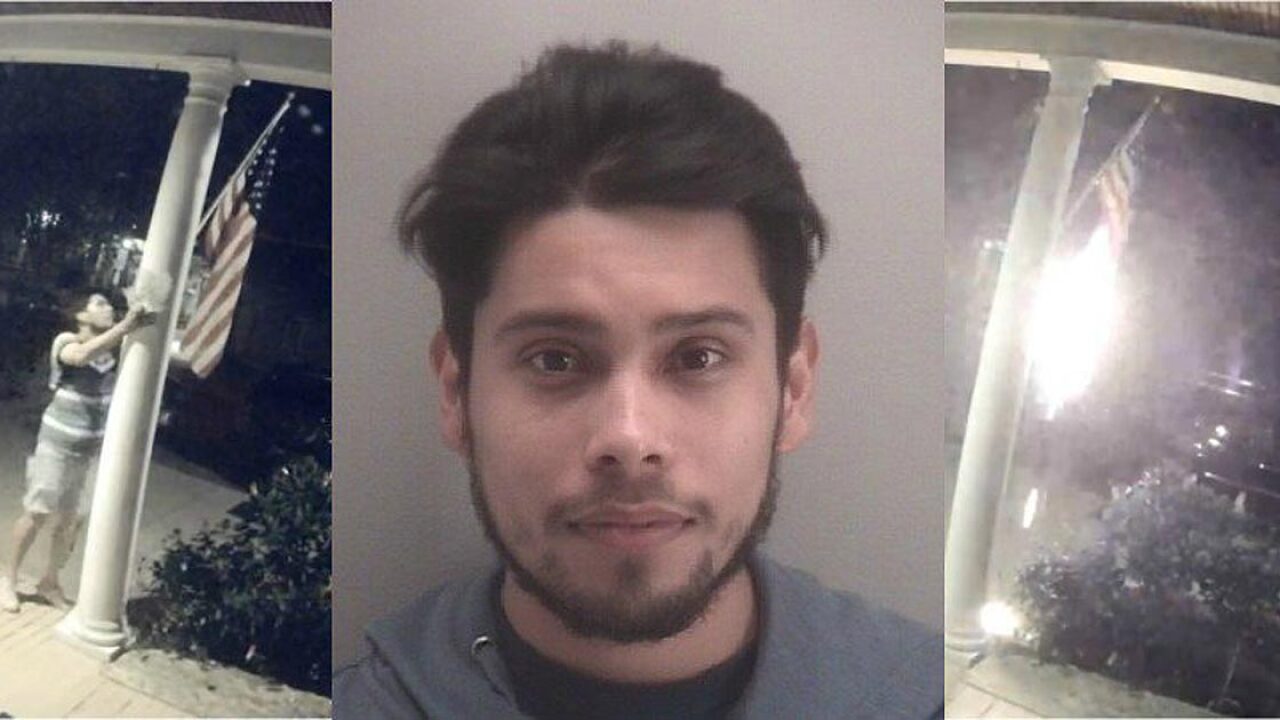 RICHMOND, Va. -- A man caught on video setting fire to an American flag that hung outside a Richmond, Virginia home has turned himself in to police, according to WTVR.

Andrew Rosas, 26, was arrested and charged with arson.

Homeowner James Tanner said he discovered the vandalism when he woke up Wednesday and checked footage from the Nest cam focused on his front porch.

He said he was "very concerned" because the fire could have spread to his home.

"It was a synthetic flag, so it just melted," he said. "I don't think this was about burning an American flag. I think this is about, well, I can't get this unhooked so I'm just going to catch it on fire," Tanner said.

In Virginia, burning a flag with malice is against the law and can result in a misdemeanor criminal charge.

The charred flag pole was still attached to the home Wednesday afternoon. According to WTVR, the incident could result in a felony charge.

"That makes it a much more serious offense because it could catch the house on fire and cause risk to the people inside," Stone said.