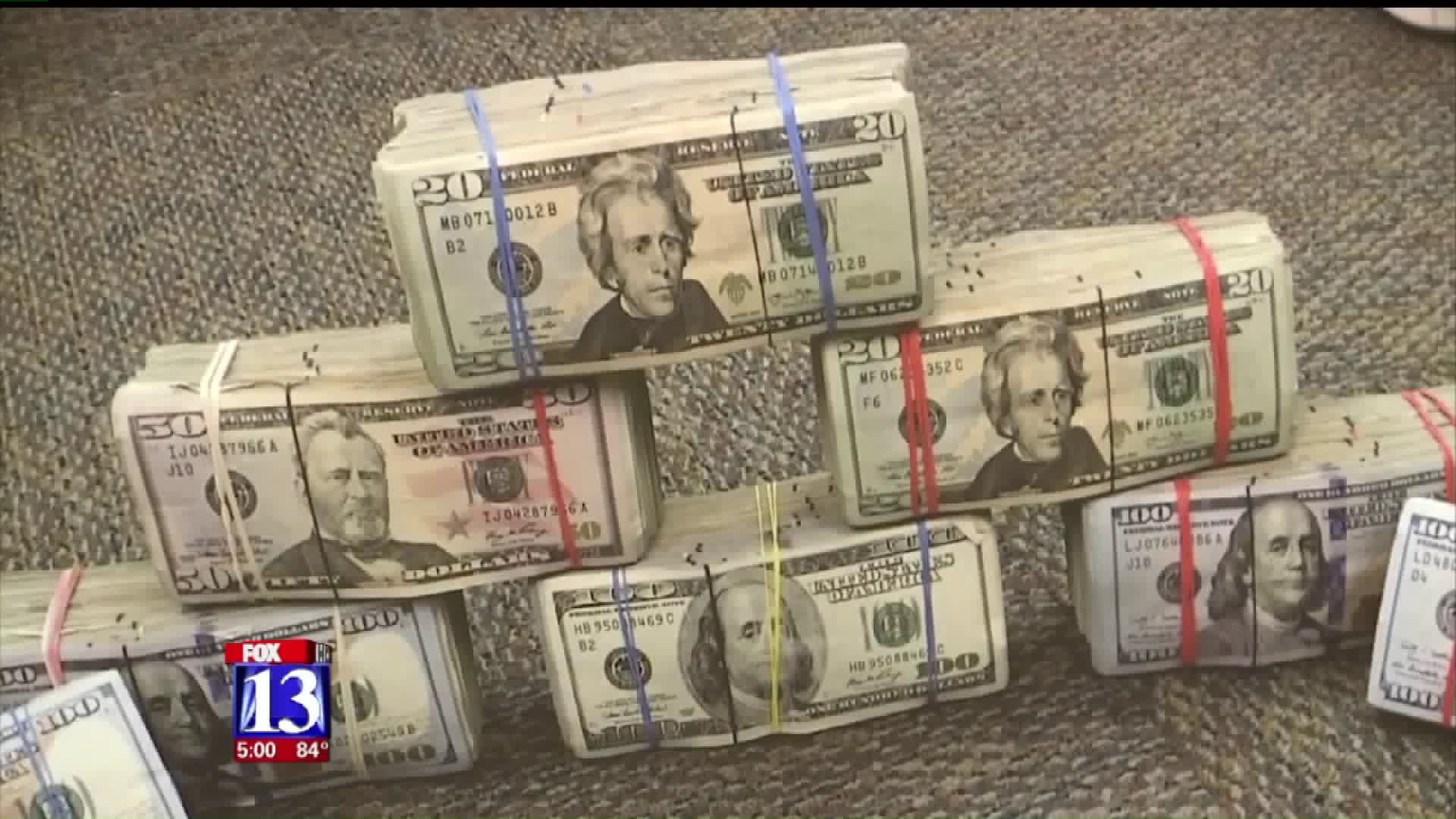 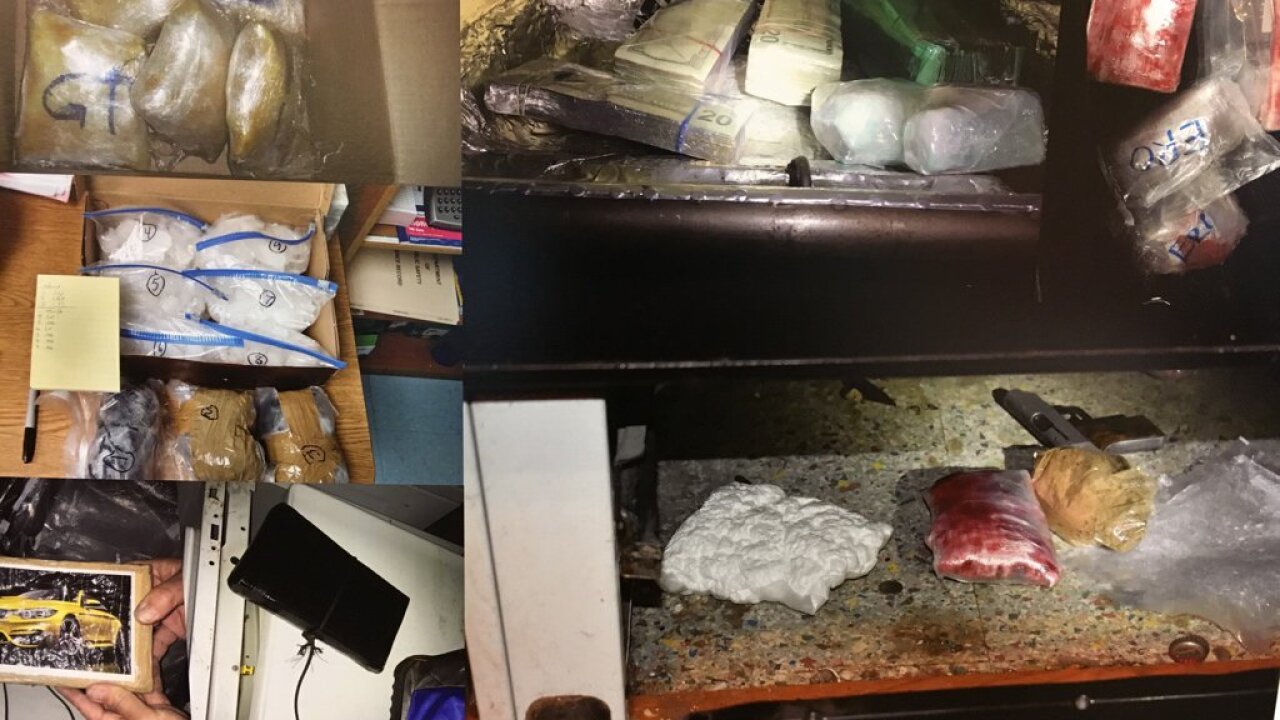 SALT LAKE CITY -- Dozens of people have been arrested in a large scale drug crackdown at Pioneer Park and in the surrounding Rio Grande neighborhood.

Utah Attorney General Sean Reyes announced the arrests of more than 35 people with ties to Mexican and Honduran drug cartels who had been smuggling and selling drugs in the downtown area for more than a year.

"This takes down one of the largest drug smuggling operations in Utah’s recent past," he told reporters at a news conference Friday.

Local, state and federal agents worked together to bust up some of the drug trade in the troubled neighborhood. Altogether, they seized millions in cash, 23 vehicles, 26 pounds of cocaine, 36 pounds of heroin and 12 pounds of meth.

A wall of mug shots tied to a massive drug bust in Pioneer Park. (Photo by Ben Winslow, FOX 13 News)

"We see the soccer mom who can no longer get her prescription pain medications filled, so she hunts pills down on the street. We see the area businessman stealing away from his lunch break to buy the drugs for the weekend party," he said. "We see the 15-year-old kid who got hooked on opioids from grandma’s medicine cabinet and he’s now scoring heroin bindles on the street."

While pleased with the results of the crackdown, Besser expressed frustration that as many as 30 people die in Utah every month from drug overdoses, which include prescription and illicit drugs.

"In Utah we’ve got to change the paradigm in our minds that one’s naughty and one’s OK," he said. "They’re both bad and they’re both equally as lethal."

A photo of narcotics seized in a series of drug busts around Pioneer Park. (Images courtesy Utah Attorney General's Office)

Lawmakers at Friday's news conference admitted they needed to do more.

"There is a lot of public policy work we have done, but other areas we have to look at," said House Speaker Greg Hughes, R-Draper.

Hughes said he would like to see more done to ensure patients and doctors know what's being prescribed and its addictive qualities.

"As a policy maker, I am more than comfortable staring at big Pharma and asking this question: are you disclosing in an appropriate and accurate way?" he said.

Reyes confirmed his office has been involved in some investigations into pharmaceutical companies on opioids. He would not rule out potential litigation.

Praising the drug crackdown, those who help those with opioid addictions said more also needs to be done to keep people from being hooked.

"We will not get out of this with just taking drugs off the street and just decreasing prescribing. We’ve got to change the demand component," said Dr. Jennifer Plumb. "Utah has an enormous demand. Utah wants these substances whether they’re prescriptions or, ultimately, illicit."