The area (marked on the maps below) is in the Kane Creek Canyon of Padre Bay. According to NPS, witnesses reported that a houseboat with more than 20 people on board did not comply with laws and regulations about the proper disposal of human waste.

An unknown number of human waste piles are scattered in the area just under the surface of the sand, but no contamination of Lake Powell water is believed to have occurred.

“All visitors to Lake Powell are advised that every party camping within one-quarter mile of the lakeshore must have a portable toilet system that does not use plastic bags to contain the waste. (When the device is dumped at a portable toilet dump system, the plastic bag can clog the system.),” NPS wrote in a statement about the incident, noting that this has been a requirement at Glen Canyon National Recreation Area for many years.

The Stateline Boat Pumpout renovation is also available to the public as of noon Friday, and it has four peristaltic pumps for pumping out boats.

Another option for proper disposal of human waste is a polymer-based bag containment system, marketed under names such as ReStop and WagBag.

“The chemicals used in these [polymer-based] systems immobilize liquids and begins breaking down the waste with enzymes. The plastic bag can then be properly disposed of at any dumpster,” NPS wrote. 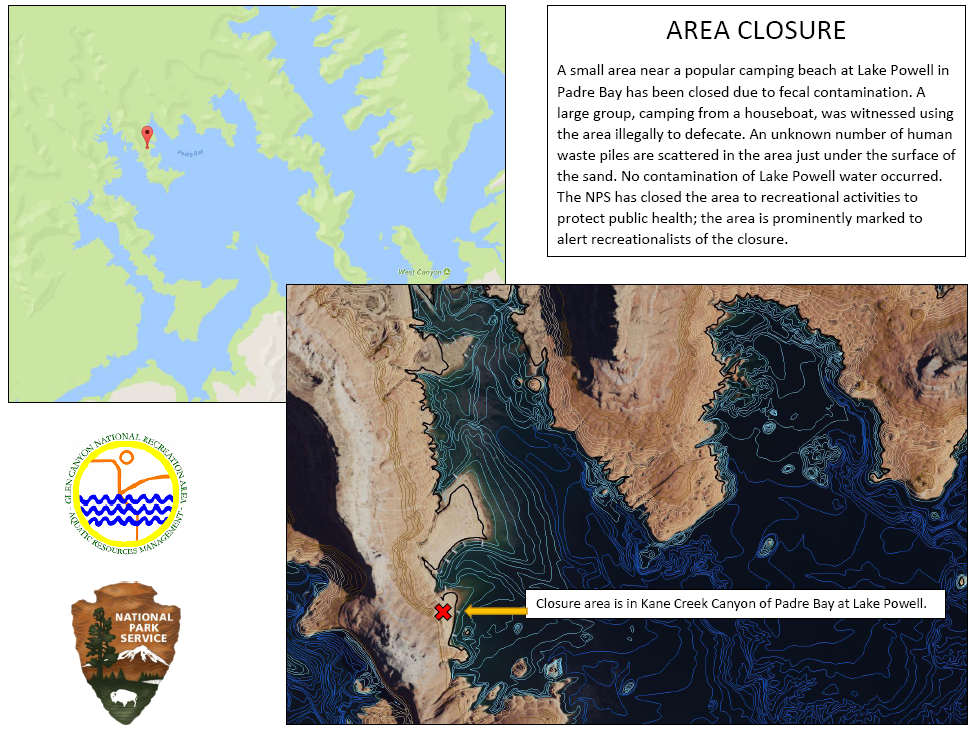