Illegal use of fireworks sparks brush fire in Millcreek

MILLCREEK, Utah — Unified Fire crews extinguished a brush fire in Millcreek Thursday night, and they said the fire was caused by the illegal use of fireworks.

Crews were called to the fire, which started near Wasatch Blvd. shortly after 10:30 p.m. When firefighters arrived, they found flames spreading north and south.

The fire burned about one acre and was contained on the west side by Wasatch Blvd. and on the east side by a hiking trail.

"Be careful with fireworks. Look at all the restrictions as we get into the holiday season. July first is the start of using fireworks legally, legal fireworks so look at those documents and websites, know where you can use them legally," said Capt. Dustin Dern, Unified Fire Authority. "Typically on the Fourth of July, we do end up with a number of fires like this and we’re busy on the small firework fires. So, if people can take the precautions and make sure they’re doing it in the proper areas, it really helps us out on the holiday."

In Utah, fireworks can be legally discharged in designated areas between July 1 and July 7 for Independence Day, and between July 21 and and July 27 for Pioneer Day. See the chart below for more details.

Check this website for fireworks restrictions in your neighborhood. 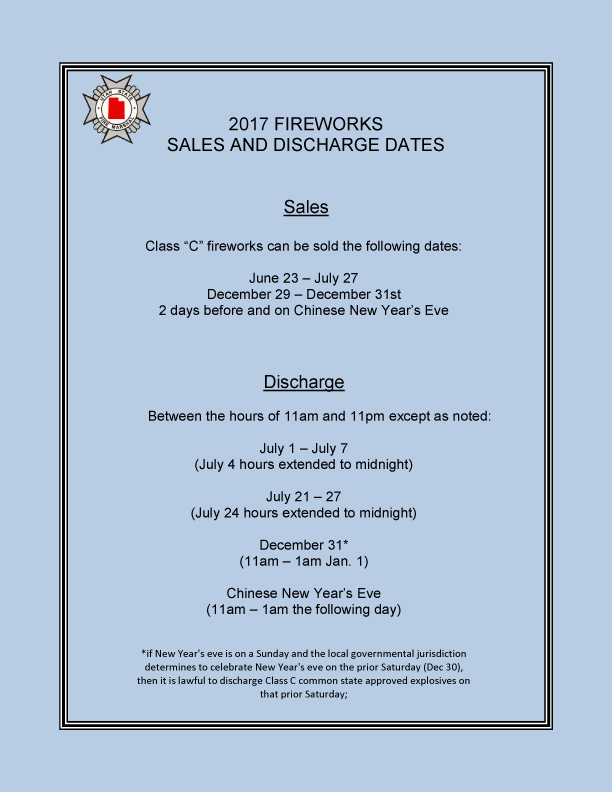