CLINTON, Utah -- Two homes were damaged in Clinton Saturday after a fire broke out in a garage and spread, and there were several small explosions as propane tanks and vehicles' gas tanks caught fire.

Crews were able to extinguish the blaze, but not before it severely damaged one home and did lesser damage to another. Footage shot by Jessica Dubon showed the fire burning amid a roof and emitting smoke.

While the cause is unknown, firefighters believe the fire began in a garage. There were several small explosions as tires, propane tanks and the gas tanks of vehicles ignited.

The first home sustained an estimated $250,000 in damage. The other home had lesser damage from heat as well as some scorch marks.

There were no injuries reported. Firefighters say the occupants of both homes are out of town, so no one was present when the fire began. 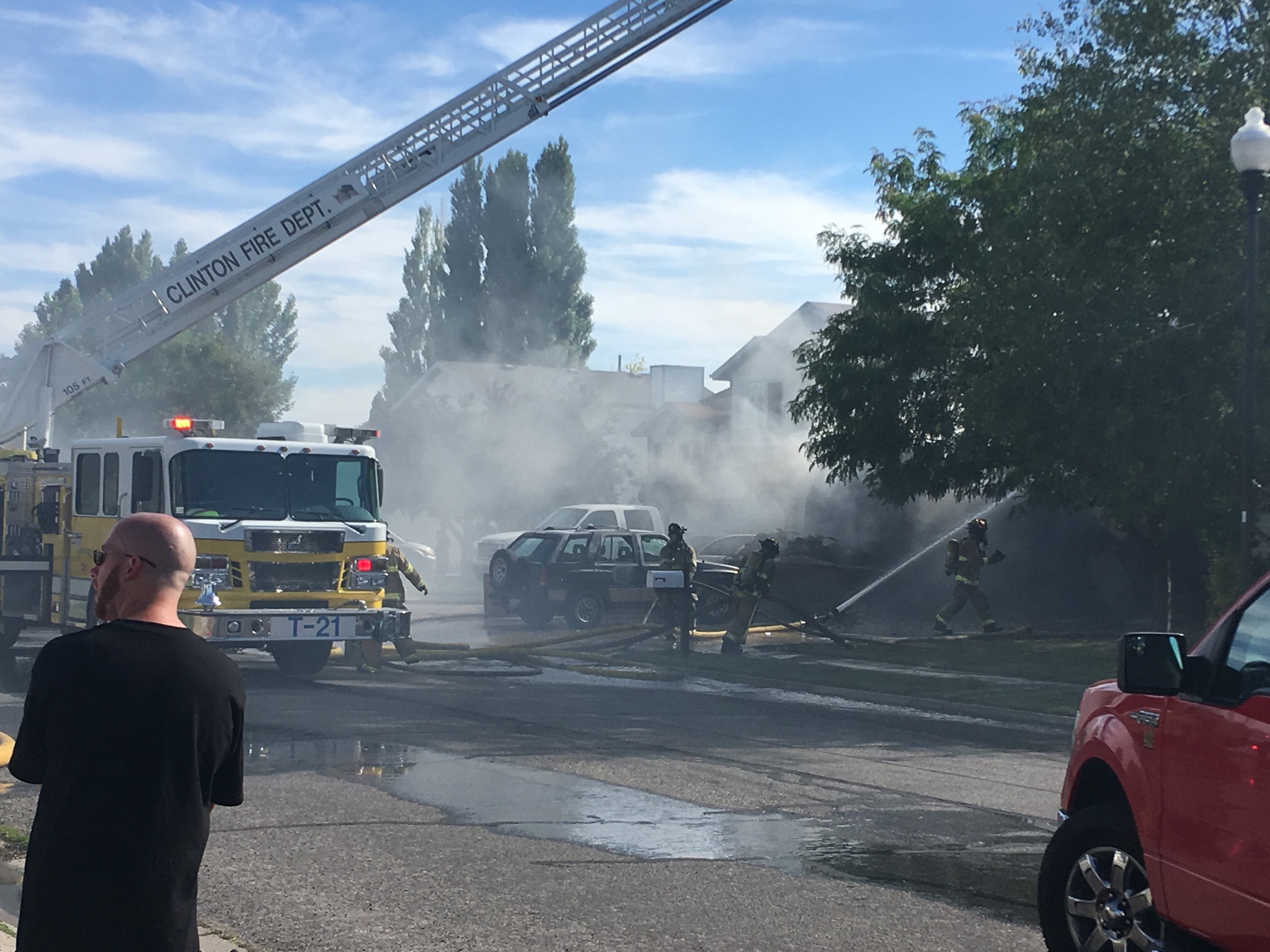