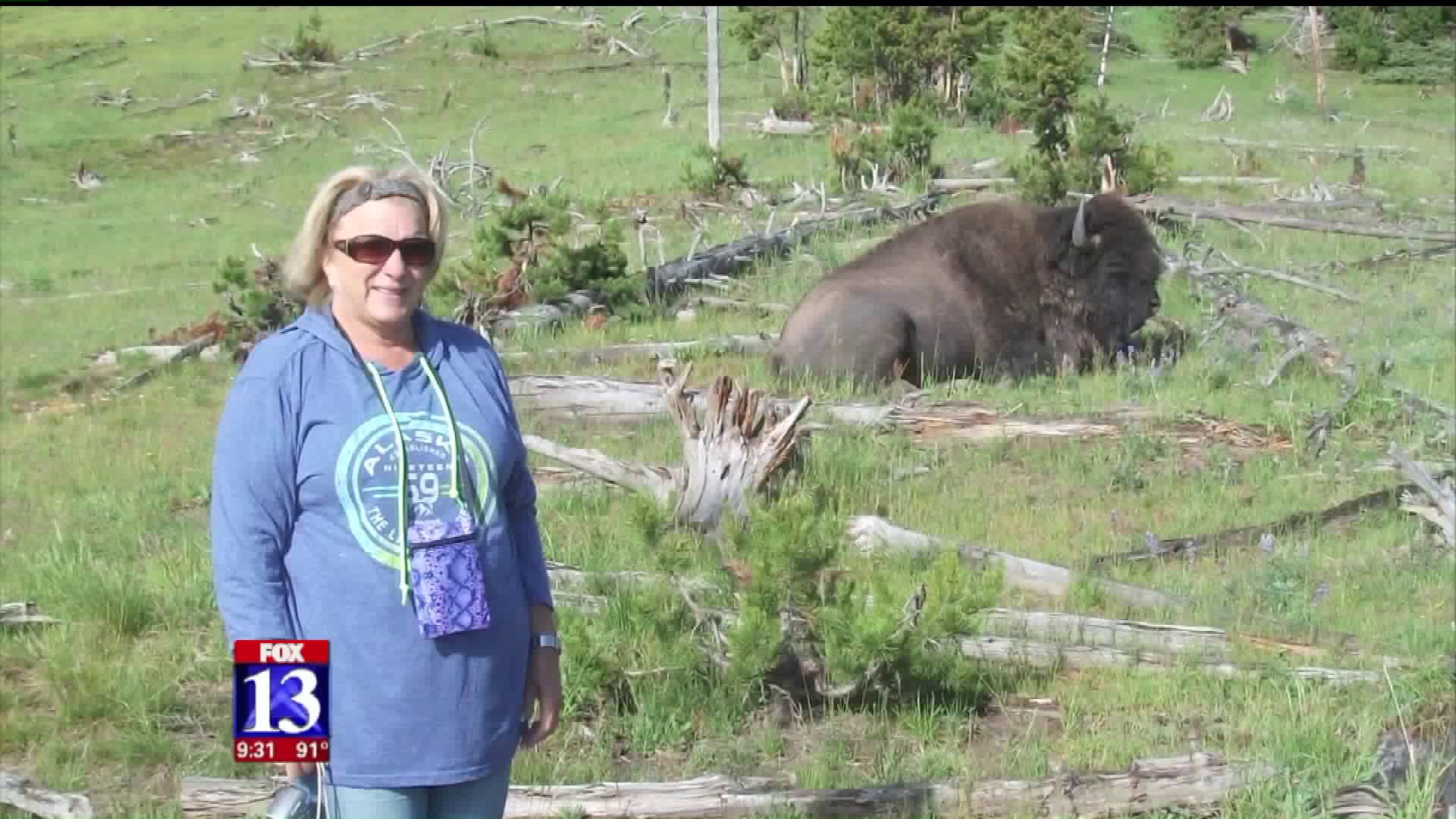 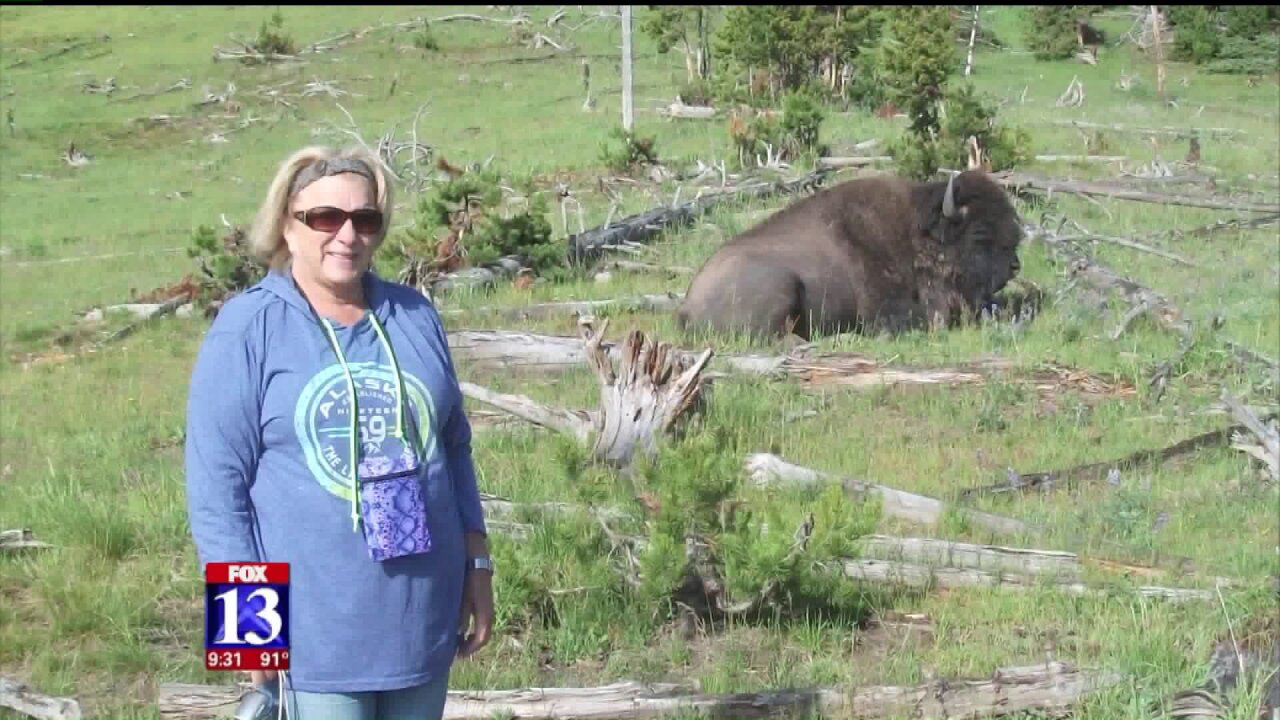 "We got a little cabin in the Lake Village," Schrader said.

Lake Village is located along the northwest corner of Yellowstone Lake. On the first day of their trip, they were walking along a boardwalk in the park near the mud volcano when they saw two bison, eating some grass.

Schrader whipped out his camera and snapped a photo.

"The next thing I knew I was whomped right in my rear-end, and it was like nothing I ever felt before," Holmes said.

Holmes was thrown to the ground and landed on her hip, before slamming right into her husband.

"I thought we were goners," Holmes said.

They assumed the bison was just getting started.

"He just wanted us to get out of his way, and he just walked across the boardwalk, went off in the greenery, eating some more," Holmes said. "He wasn't mad or anything."

Holmes was flown to a hospital in Idaho Falls. Luckily, her injuries weren't too serious, just a lot of bruising and pain.

"It's just a big solid, round skull that hit me and really a lot of force; [Schrader] cried tears because he's so emotional and sweet,” Holmes said.

"We just weren't scared of him, and I think that's the mistake is people need to realize they're wild animals," Holmes said.

Despite the scary encounter, looking back at this picture, still brings back fond memories.

"No, I sort of thought the photo was cute, but I'm not real anxious to go back and finish my trip right now," Holmes said.

This is the first confirmed incident of a bison injuring visitors in the park this year. In 2015, five people were injured after approaching bison in five separate incidents at Yellowstone National Park. Park rangers recommend staying at least 25 yards away from bison, no matter how friendly they look.