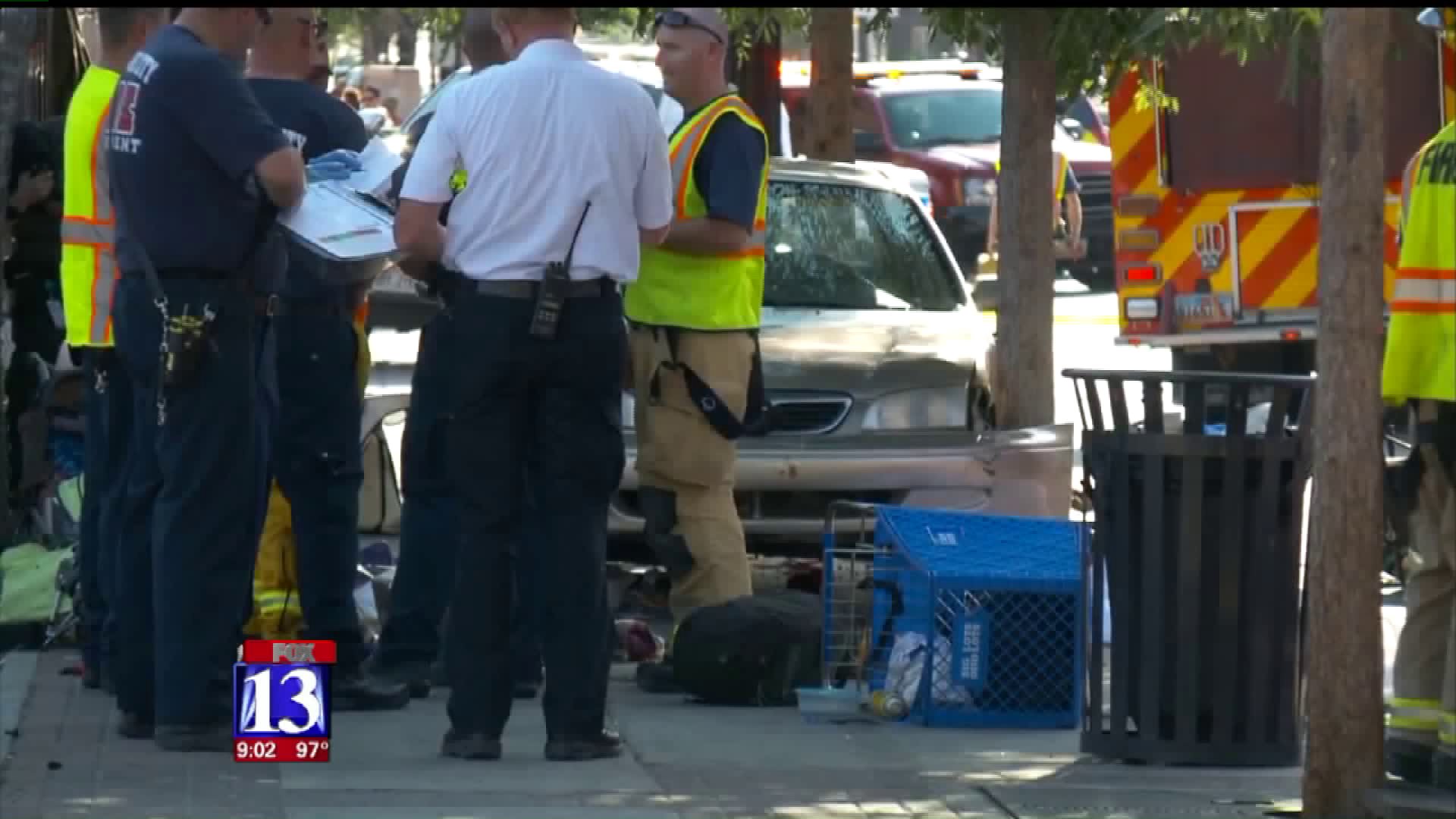 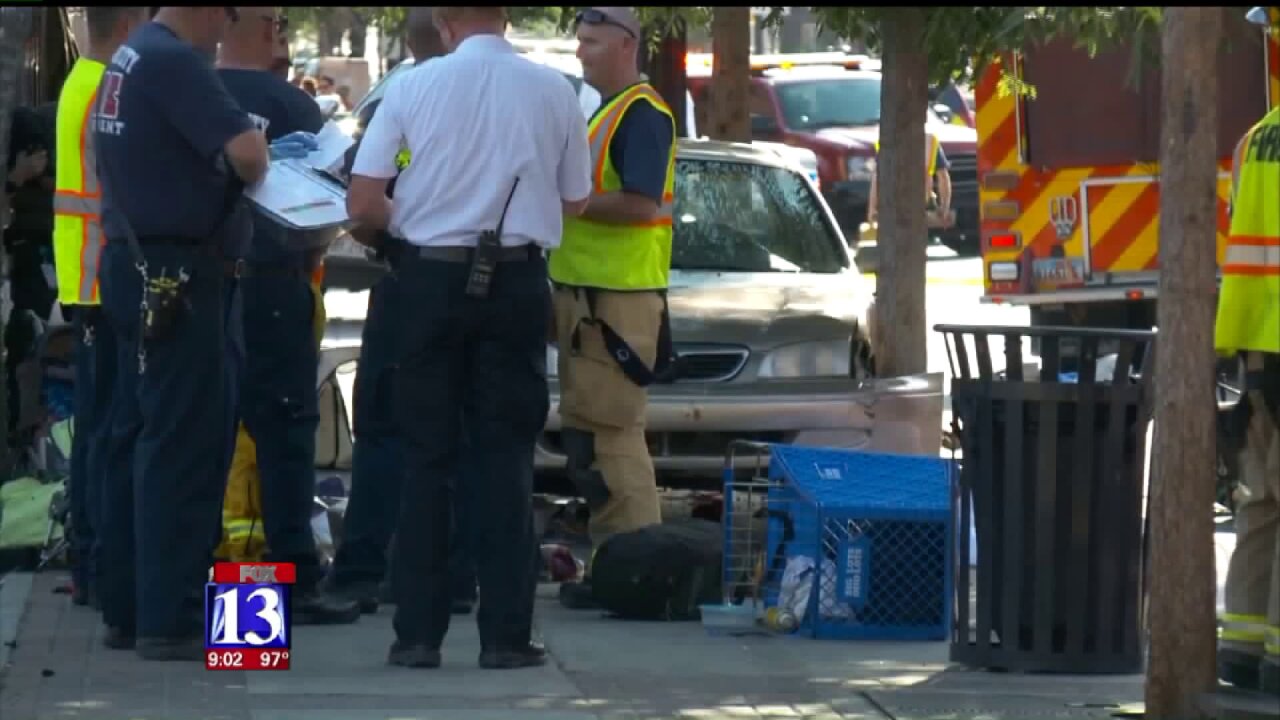 Police say that the gold Mazda jumped the curb then began speeding up before it struck at least six people.

Salt Lake City Police reported one female died at the scene, while another is in critical condition and four were treated for minor injuries.

The passenger of the vehicle stayed at the scene and gave a report to police while witnesses say the driver fled the wreck and may have jumped on a Trax line. Some witnesses say they do not believe it was an accident.

The driver was a white female, 5'5", and was wearing a red tank top, say police.

According to a Salt Lake City Police Dept. tweet, as of 8:45 pm on Tuesday the driver is still on the loose. If you have any information of her whereabouts call 801-799-3000.

Driver in #fatal #accident still outstanding. No further interviews on scene tonight. Any updates will be posted. Info? Call 801-799-3000