Utah unfurls the largest flag ever to be flown

The local group called “Follow the Flag” gathered hundreds of supporters to help them carry the giant flag up the canyon.

It is 78-feet wide and 150-feet long- that is bigger than one and a-half NBA basketball courts.

This is the third year in a row Follow the Flag has brought a large flag to hang between the canyon walls.

“What happened this morning was magical,” said Ron Nix, COO of Follow the Flag. “It was the whole purpose of why we do what we do. ”

Nix and his partner Kyle Fox worked with other local groups to organize the event. They included a beautiful flag unfurling ceremony Tuesday morning at 8:00 that included music from the Debra Bonner Unity Gospel Choir, the Utah Highway Patrol Honor Guard 21-Gun Salute, and Gail Halvorsen, the “Berlin Candy Bomber.”

For many the flag moved them to tears. Many snapped pictures with it waving behind them. Others started in reverence of Old Glory.

She will hang there until the evening of July 9th.

For more information go to: http://www.followtheflag.org 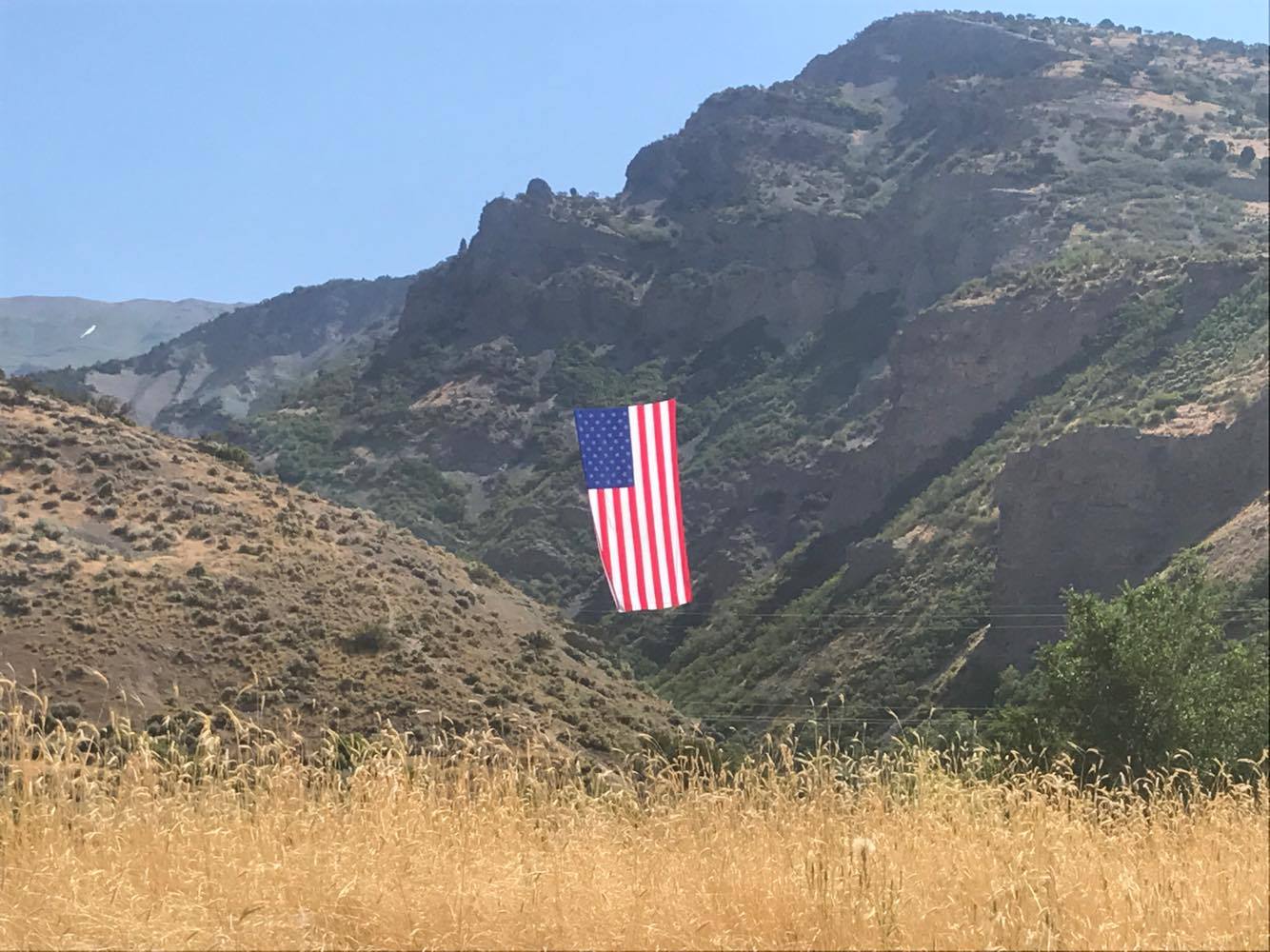