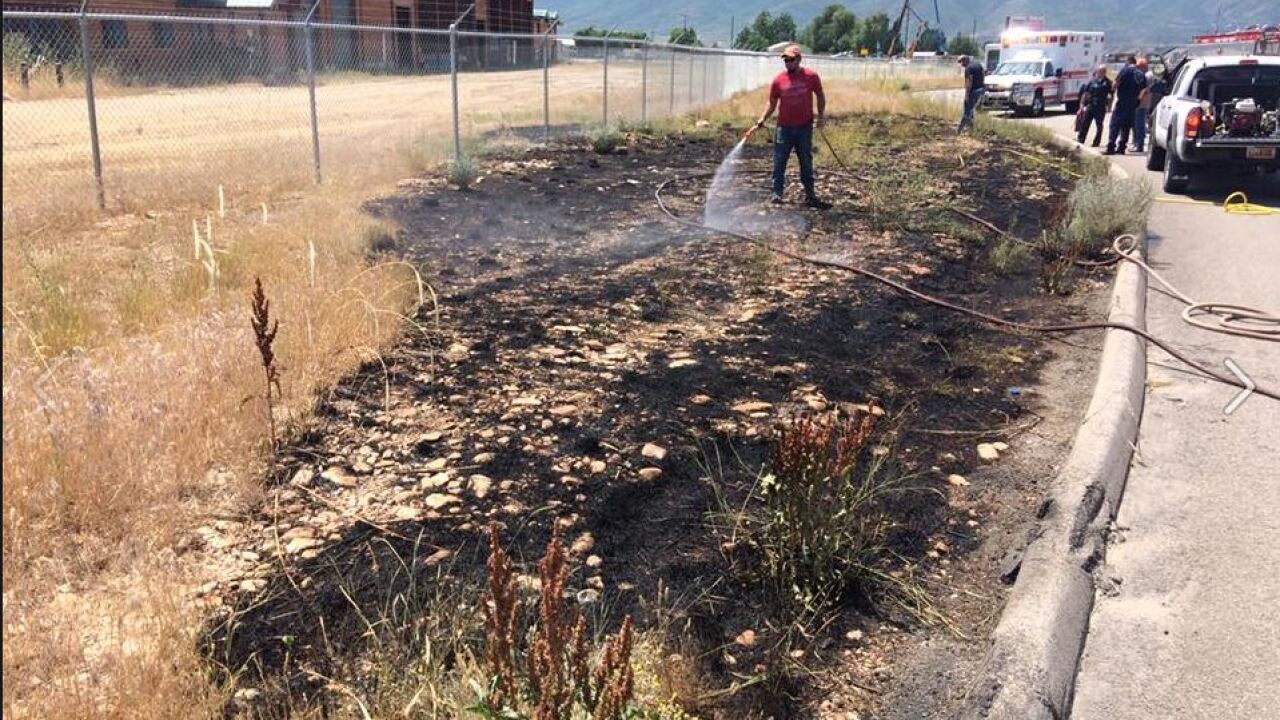 A brush fire believed to have been sparked by fireworks thrown from a moving vehicle. Image courtesy Heber City PD.

SALT LAKE CITY — Governor Gary Herbert’s office tells FOX 13 he is not planning to call for implementation of a statewide ban on fireworks.

That’s despite numerous fires over the July Fourth holiday that have been attributed to fireworks. The fires have prompted many to ask for an all-out ban.

A spokeswoman for the governor’s office reiterated what Herbert said last month: that he’ll leave it up to local officials to make decisions about fire and fireworks restrictions, as opposed to an statewide ban.

State statute does not give the governor the authority to issue a fireworks ban. That authority falls on local officials.

Fires and fireworks are already prohibited on many state lands, the governor’s office said, but the authority to ban it in cities rests with municipalities.

The governor did film a public service announcement last week urging people to be careful with fireworks.