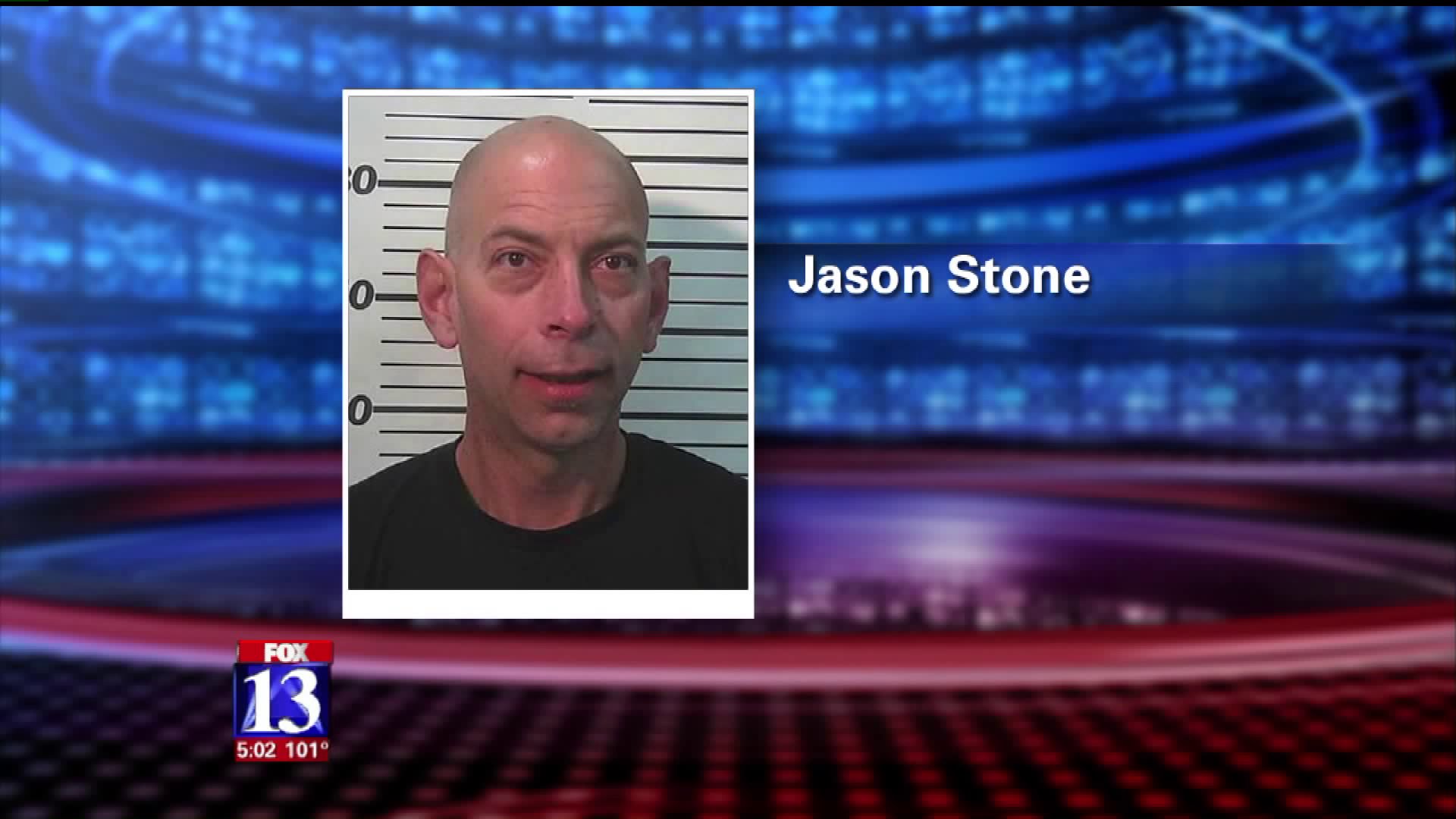 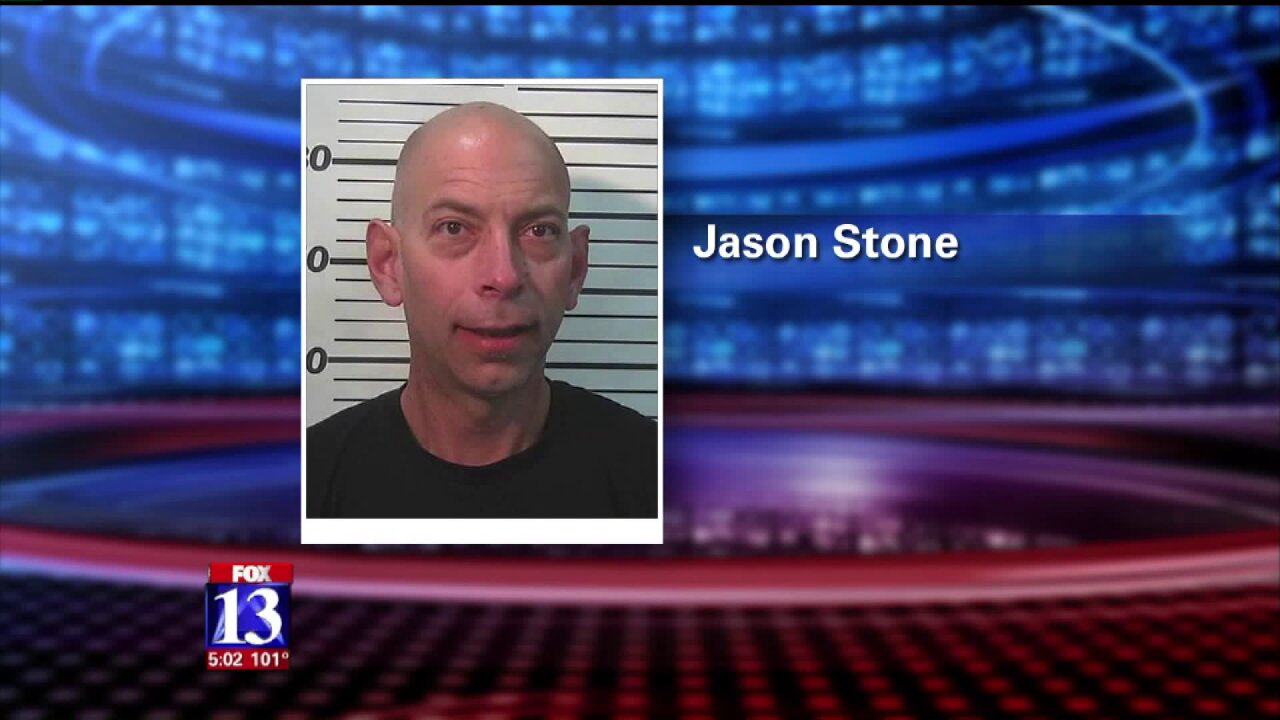 SUMMIT COUNTY, Utah — A 47-year-old man has been arrested in connection with a kidnapping in Summit County.

According to the Summit County Sheriff's Office, deputies responded to a home early Monday morning after receiving a report of kidnapping.

The victim, a 45-year-old woman, escaped from a condo in the Canyon Creek Club complex and called 911, the sheriff's office said. She was badly beaten and bruised, and they said she required prompt medical attention.

Sheriff Justin Martinez said during a press conference Tuesday that the incident started when Stone took an on-again, off-again girlfriend camping near Colorado on Thursday.

At some point during the trip, he said it turned violent.

"He had bound her with duct tape, bound her in a blanket... and prevented her from moving," he said. Stone then assaulted the victim multiple times, Sheriff Martinez said.

The woman was able to text her daughter, who called 911.

"She had actually felt in fear for her life, that she text her daughter and said, 'Please track my phone. I believe he’s going to kill me,'" Martinez said, of what the woman's daughter relayed to authorities.

They attempted to track her phone, and Martinez said it showed up as being in Uinta County. Because Stone and the woman were on the move, they couldn't figure out exactly where she was located.

Martinez said that Stone ended up destroying the woman's phone.

Still, a deputy went out to Stone's condo near Kimball Junction for a welfare check. After finding nothing, Martinez said deputies left.

It was after that, that they believe Stone returned to his condo with the woman, Martinez indicated.

He said Stone locked and barricaded the woman in a second story room, and she crawled out a window in the middle of the night.

"After she escaped out the second story window, she made it to a local business and contacted 911," he said. That was around 4:20 Monday morning.

The Sheriff's Office then surrounded Stone's home, and Martinez said they arrested him without incident.

Neighbors told Fox 13 that Stone was typically a nice man who they were cordial with, and that the woman lived with Stone until recently.

"I didn't suspect it from him to do something like that," said Cindy Ryan, who lives one building over from Stone.

But, she said in the past couple of months, she could tell something wasn't quite right.

She said one day she saw police cars at his condo.

"It seemed like there were some domestic issues," she said. "Then the next thing I know, maybe a couple weeks later, he was bringing her things out."

Fox 13 obtained documents that show Stone was arrested and charged with assault in an April domestic violence incident. Martinez confirmed Wednesday that the incident involved the same woman.

He said that during the kidnapping, the woman told authorities that Stone threatened to kill her if she didn't recant her statements on that case.

"She suffered a harrowing experience," Sheriff Martinez said. "She had been the victim of multiple assaults, had been locked in a room, and yet still had the capability to escape. And I definitely commend her for having the willpower to get away from this abuser."

Stone faces four felony counts of aggravated kidnapping, aggravated assault, witness tampering and possession of a stolen vehicle. He is being held at Summit County Jail on $100,000, cash-only bail.