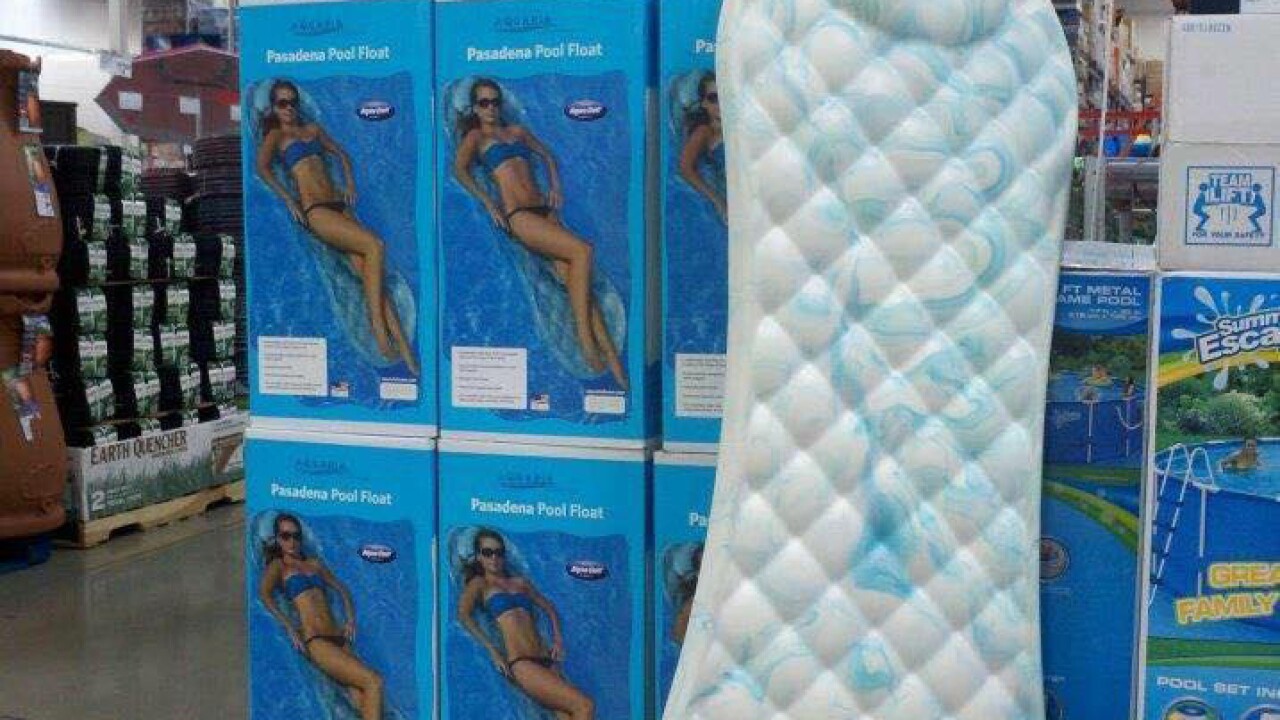 People have a lot of questions about a pool float being sold by retailers across the country.

Questions like, “Was one single woman consulted about this?”

Focus group. This could have been avoided with 1 focus group (of women). pic.twitter.com/C76lv5ji33

But just about everyone else seems to think it looks like a giant panty liner.

“The Aquaria Pasadena pool float has got the same shape as a pad. It’s light blue, just like the fake period blood everyone uses in adverts for tampons. It’s quilted for your comfort,” a reporter for Metro wrote.

The comments on Twitter are enough to pull anyone out of a cranky mood.

“What’s the absorbency level on this thing?” @fanmomaf asked.

“If you don’t want to lose this on the pool deck, just pull off the adhesive strip on the back and attach it to your chair!” @bmmcgar suggested.

“Has someone made the surfing the crimson wave joke yet?” @elephantista asked.

“I suppose the Management just went with the flow,” @val_kudirka joked.

“Alternative theory – it was designed by a woman who was sick of the men in her family stealing all the pool float,” @verysimple responded.

The Pasadena Pool Float has been around for at least a few years, but we’re not really surprised that we haven’t seen any being used in real life.

In addition to the conversation-sparking design, they’re also pretty expensive. We found prices ranging from $79 to $109 at Amazon, Sam’s Club and Sears.

This article originally appeared on KDVR.com.