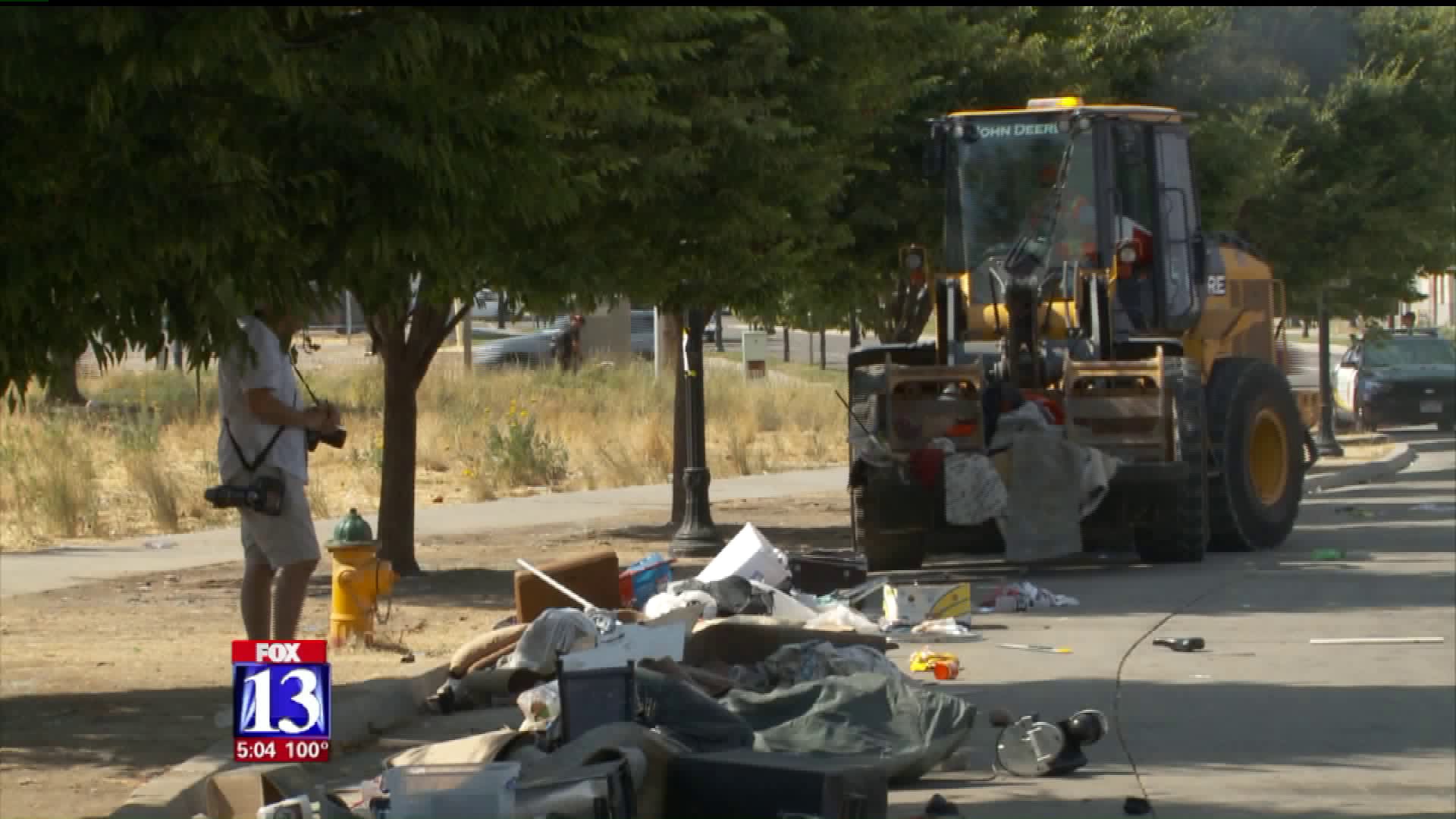 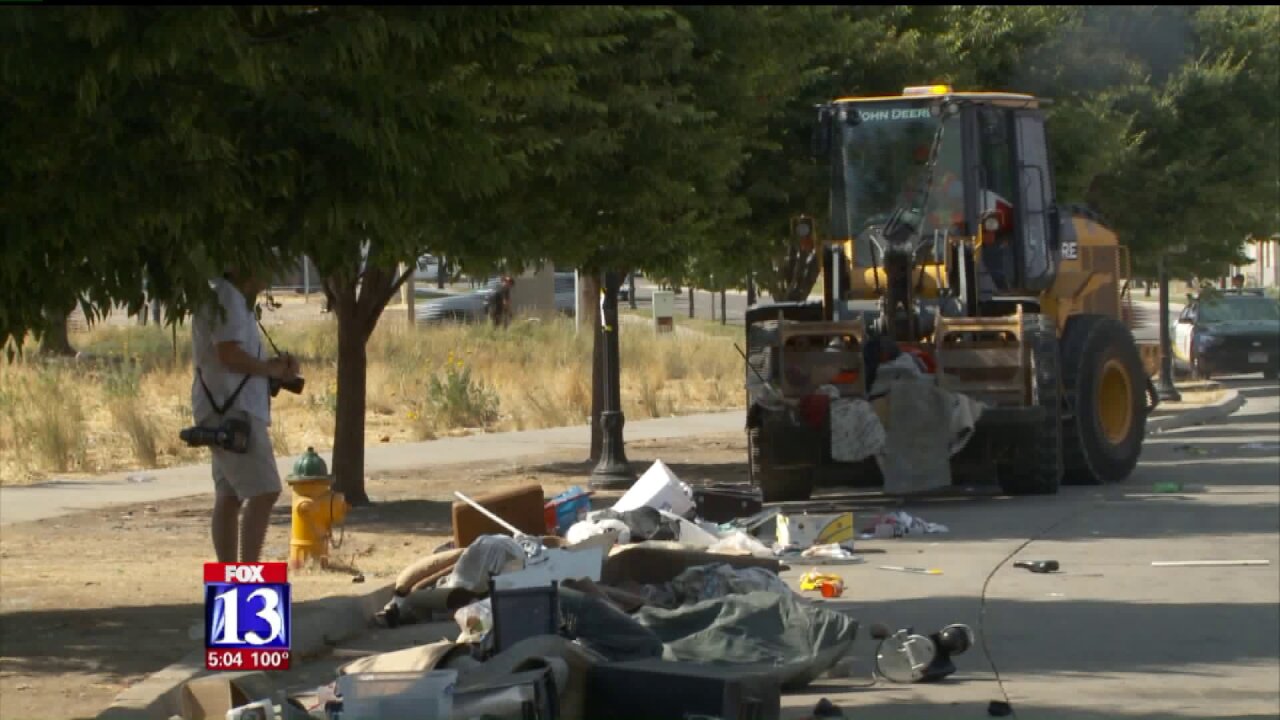 The Salt Lake County Health Department said it will be cleaning the area with the city’s heavy machinery twice a month to help prevent disease spreading through the area.

Many homeless people have set up their living quarters in the area using tents, chairs, and carts to hold their personal belongings. But the problem is it’s illegal to camp in that area. However, people still do.

“A lot of the debris we find is contaminated: human waste, drug paraphernalia, all sorts of things that could transmit disease,” said Nicolas Rupp, a Salt Lake County Health Department spokesman.

Rupp said his workers and local law enforcement give the homeless people in that area a 24-hours notice as to when the cleaning crews will be there.

“We don’t want to strip anybody of all their belongings in the world; we give them plenty of notice, at least two warnings,” Rupp said.

But the homeless people who camp here told Fox 13 News they did not receive any notices early enough, and several of them lost their belongings in the clean-up.

“A lot of that is from our families we don’t get to see and stuff,” said one homeless woman, Ashely White.

However other homeless people say they understand the county’s decision.

“I think it’s actually very good,” said a woman who would only go by “Brytanee.” “If they didn’t do it, it would be a lot worse looking than it does now.”

The health department will continue to clean the area twice a month until the state puts a long-term plan into action for the tent city area.