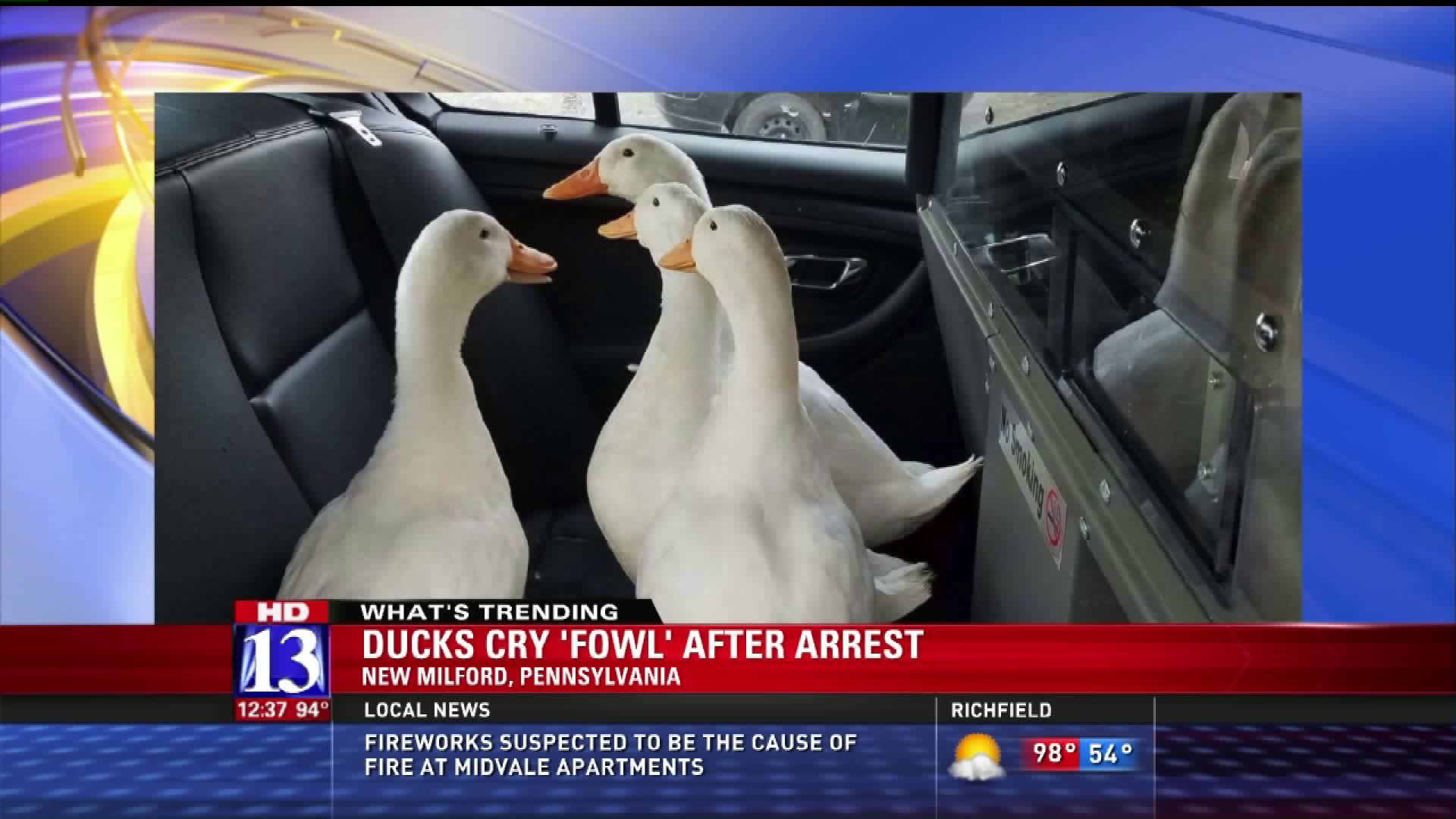 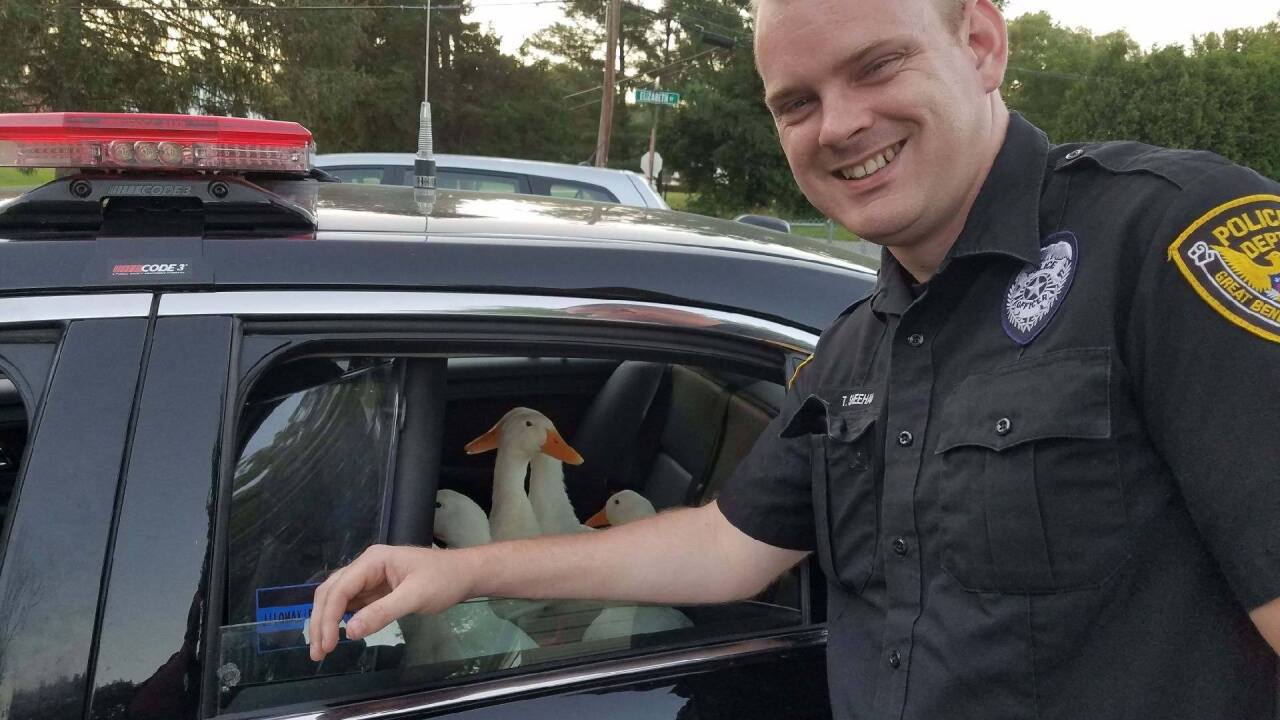 NEW MILFORD, Penn. - It would be quite a shock to be called to bail someone you know out of jail.

It would be even more of a shock when you found out they were ducks, not humans.

That's exactly what happened to a woman in Pennsylvania who got call from police about some of her feathered friends.

"I'm like, 'are you serious?' There were like, 'Yeah, we took them,' because I guess people were trying to take my ducks and everyone was feeding them, even the cop fed them bread," duck owner Cindy Osiecki told WNEP.

Pennsylvania police caught up with a gang of ducks in New Milford.

The four fowl fugitives were found loitering outside a gas station.

Cindy said she couldn't believe it when she got the call to come bail them out.

"I got them famous," her daughter said. "They're cool, they're awesome."

The ducks are safe and now back in the pond at Cindy's home.