MIDVALE, Utah -- The DEA and other agencies descended on a home in Midvale believed to be involved in a synthetic opioid operation.

Multiple agencies responded in the area of 7800 South Autumn Station Way in Midvale Thursday, and Fox 13 News first heard reports of the incident around 4:30 p.m.

Eric Holmes with UFA confirms one member of their hazardous material team was treated for heat exhaustion and is expected to be OK. There are no reports of injury in connection with the potentially hazardous materials at the scene.

Lt. Col. Christopher Caldwell, who commands the 85th Civil Support Team for the Utah National Guard, said they are not the lead on this investigation but were contacted in advance of the operation and asked to provide support.

While the National Guard units have left the scene, fire crews and other personnel remained Thursday night.

Fox 13 News has reached out to the DEA and other involved agencies for additional information, and we will update this story as more details emerge. 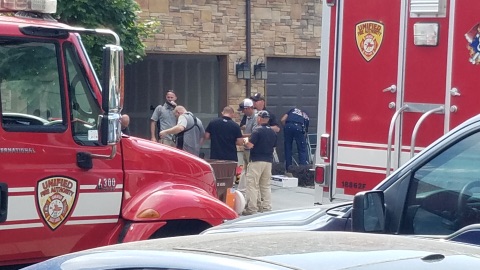