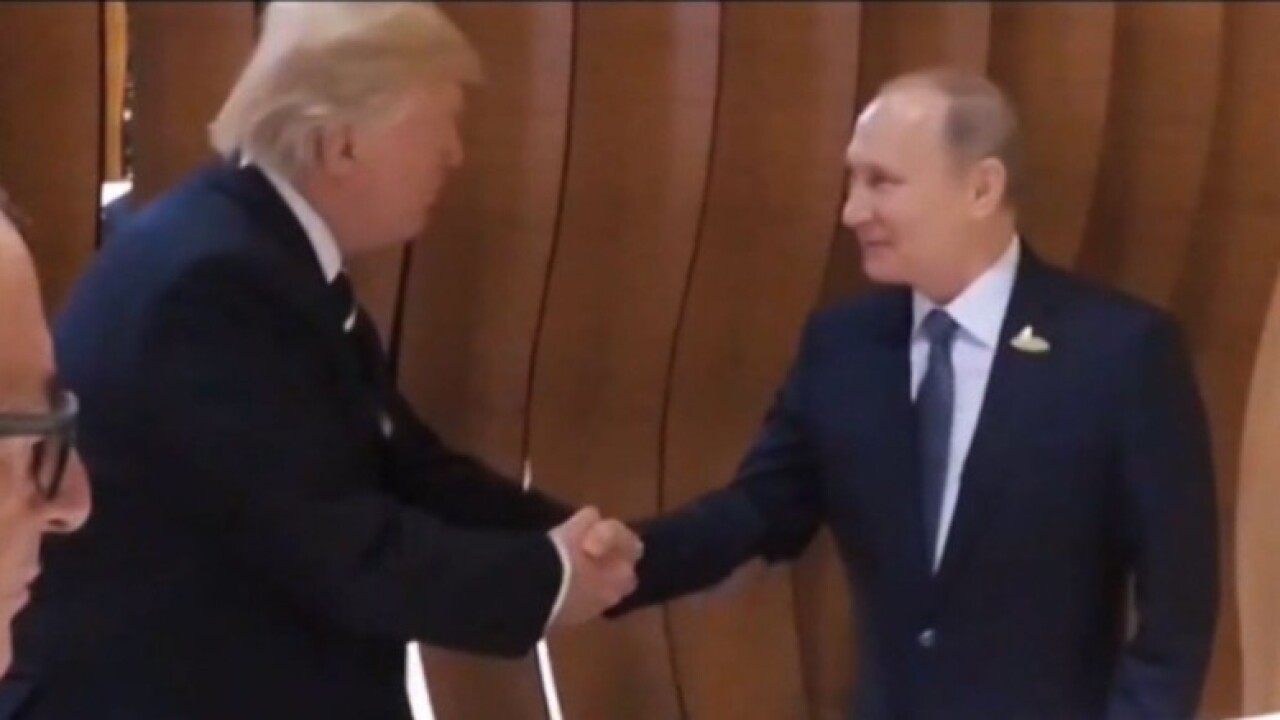 The major question looming over the meeting: Will Russia’s meddling in the election come up as a topic of conversation?

Five senior Democratic senators involved in national security, foreign policy and intelligence wrote President Trump in a letter published Thursday, urging him to use his upcoming bilateral meeting with Russian President Vladimir Putin to “make absolutely clear” that Russian interference in US elections “will in no way be tolerated.”

“We believe it is crucial for you — as the President of the United States — to raise this matter with President Putin and to ensure that he hears you loud and clear — interfering in our elections was wrong in 2016 and it will not be permitted to happen again,” said the letter signed by Senate Minority Leader Chuck Schumer of New York, Assistant Democratic Leader Dick Durbin of Illinois and the top Democrats on the intelligence, armed services, and foreign relations committees: Mark Warner of Virginia, Jack Reed of Rhode Island and Ben Cardin of Maryland respectively. “The upcoming elections cannot be a playground for President Putin,” they wrote.

CNN reached out to the White House for comment on the letter but had not yet received a response Thursday night.

Trump said Thursday he thinks Russia was behind 2016 election meddling, but added that he feels “it could have been other people in other countries” and that “nobody really knows for sure.”

“I think it very well could be Russia but I think it could very well have been other countries,” Trump said during a news conference with Polish President Andrzej Duda. “I think a lot of people interfere.”

The letter, released a day before the first meeting between the two leaders is scheduled to take place alongside the Group of 20 economic summit in Hamburg, Germany, notes that national security adviser H.R. McMaster said there is not any specific agenda for the meeting.

The senators said Trump must use the session to hold Russia accountable.

“It remains critical that you set the agenda from the start and make absolutely clear that Russian interference in our democracy will in no way be tolerated,” the letter stated.

The letter cited the findings of the US intelligence community that Putin directed the interference.

“The Intelligence Community’s assessment concluded that Russia’s interference in the elections was only ‘the most recent expression of Moscow’s longstanding desire to undermine the US-led liberal democratic order, but these activities demonstrated a significant escalation in directness, level of activity, and scope of effort compared to previous operations.’ Put more simply, President Putin directed an attack on the most central tenet of our democracy — our election. Not raising this matter with President Putin would be a severe dereliction of the duty of the office to which you were elected.”