MILLCREEK, Utah - A Unified Police K-9 was shot and killed while trying to take a wanted fugitive into custody overnight.

A federal fugitive task force headed by the U.S. Marshals was searching for Massey.

The fugitive had previously run from and fought with police in the past and he was considered armed and dangerous.

Massey was wanted for assault, theft and other charges.

"It is not just those with 2 legs who are born with a soul that has courage to wear the badge." RIP @UPDSL K9 Dingo. pic.twitter.com/BcfV7FjsvH

A tip led the task force to Millcreek where officers spotted the suspect's vehicle in the Brickyard Plaza near 3300 S. and 1100 E.

Officers spiked Massey's tires, he abandoned the car and ran into a dark corner of a gas station parking lot.

Unified officers sent in K-9 Dingo and that's when Massey allegedly pulled a gun and shot the K-9 several times, before US Marshals took him into custody.

Dingo was rushed to a nearby veterinary clinic where he died.

Winder said Dingo is the second UPD K-9 to be killed in the line of duty in less than a year.

A canine named "Aldo "was also killed in Millcreek trying to apprehend a fugitive in 2016.

Officials said Massey will likely face federal charges of being a restricted person in possession of a firearm and state charges of killing a police canine.

Dingo has worked with Sgt. Chad Reyes since Feb. 2013. 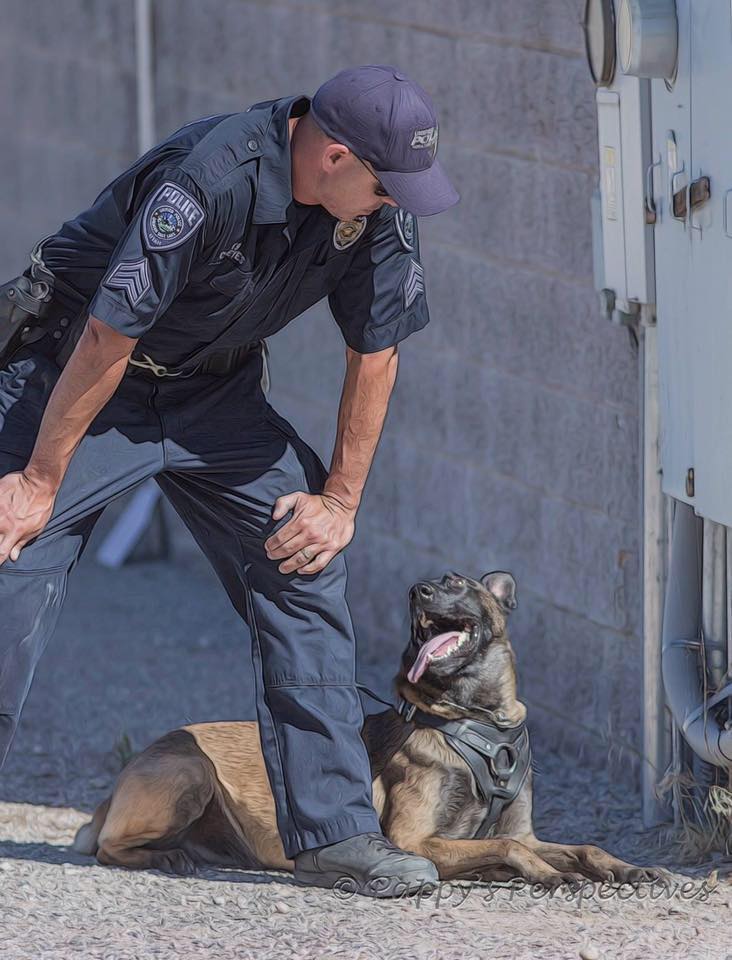