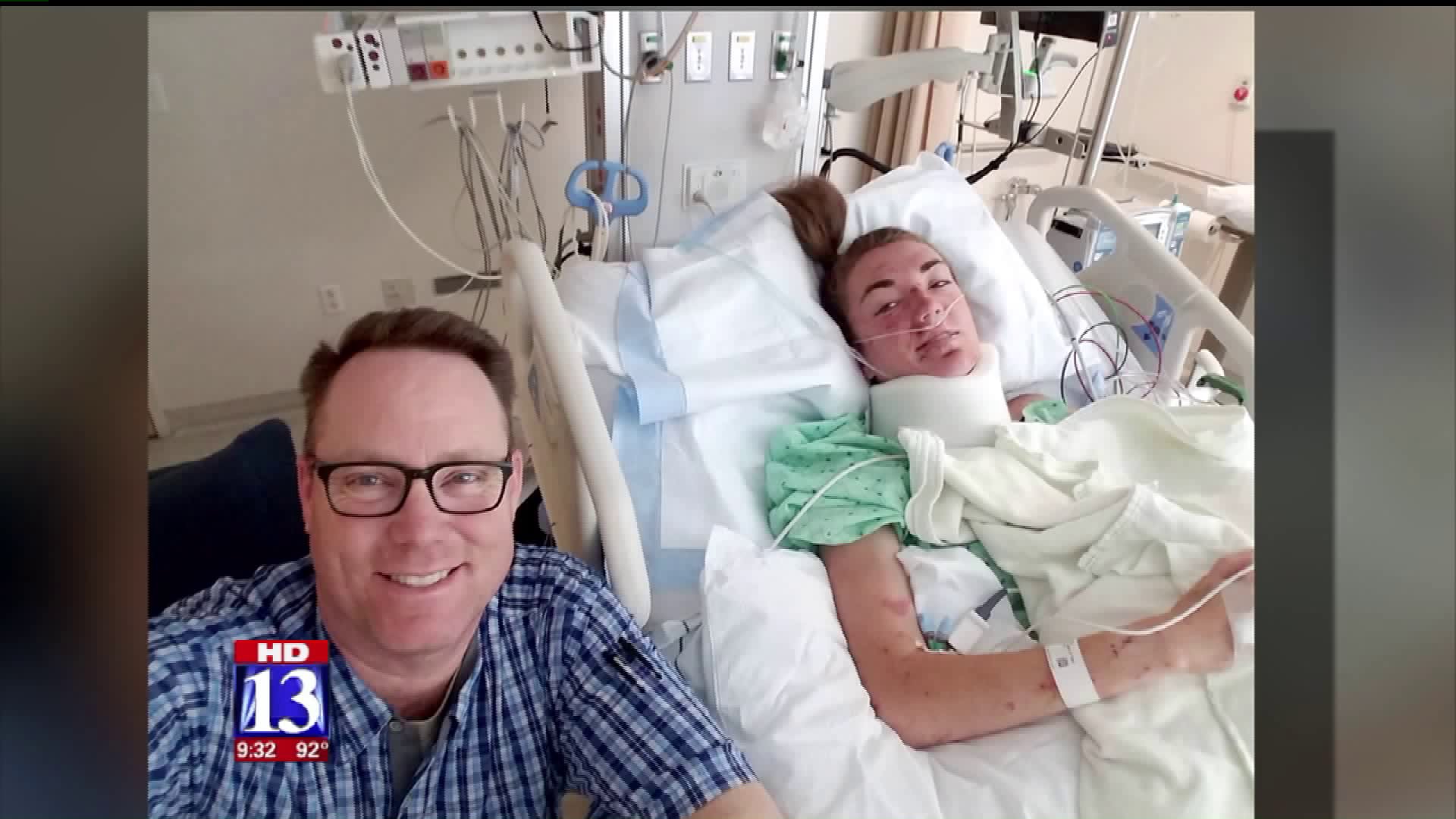 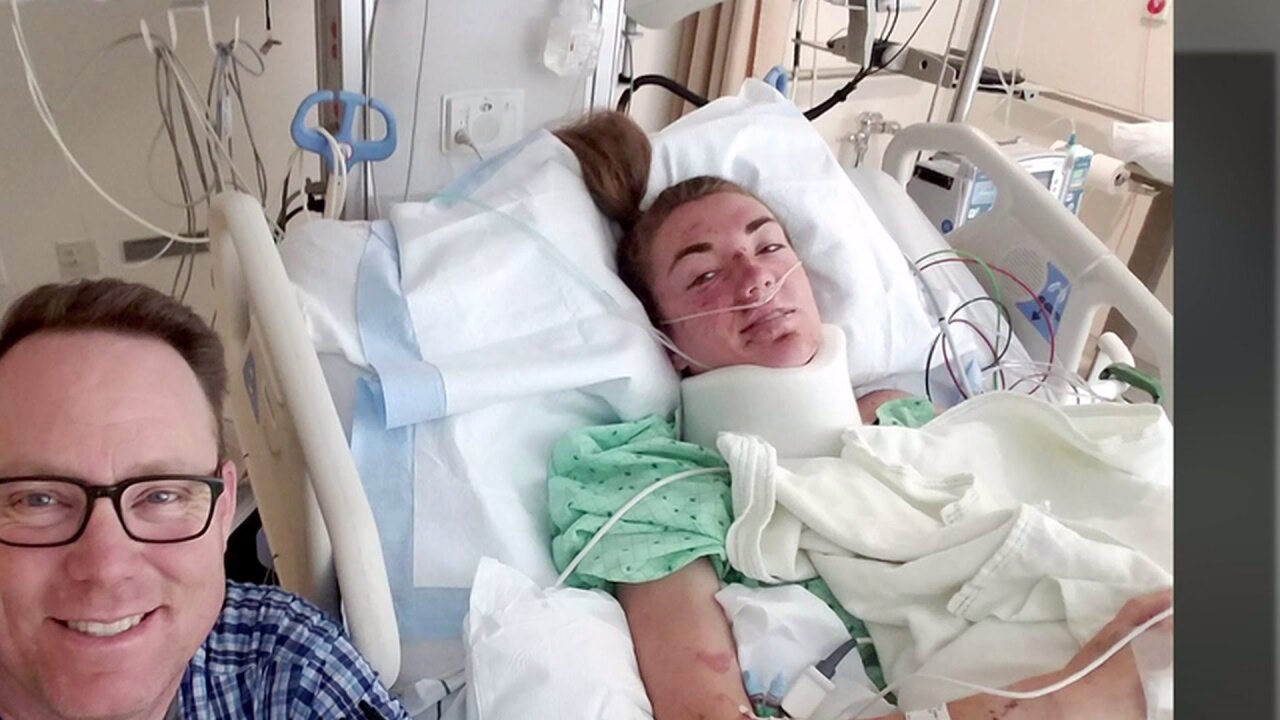 FILLMORE, Utah -- A teenage girl from Idaho is in the hospital fighting for her life after the brakes on her ATV went out and she plummeted down a 300 foot cliff in Fillmore.

Her family says it's a miracle 18-year-old Michelle Pratt survived. And although she has a long, painful road ahead of her, doctors believe she'll make a full recovery.

Two girls were riding the switchbacks in Chalk Creek Canyon in Fillmore Monday afternoon. They were there for a family reunion.

Michelle Pratt was behind the wheel and her cousin, Danielle Lewis of Draper, was in the passenger seat. The girls say the last thing they remember is the brakes on the ATV going out.

“Next thing we knew we get a phone call that she didn't arrive at where she was supposed to be, so we went looking for her,” Mike Pratt said. “Her aunt had found her by hearing the noise of the ATV running still.”

Mike Pratt found his daughter in a deep ravine.

“There was blood all over it, so as a dad you walk up to a scene like that and it's really hard to maintain your composure,” Mike Pratt said.

He said the helmet Michelle was wearing was torn apart.

Rescue crews airlifted Michelle to the University of Utah Hospital and got a glimpse into her injuries.

“She's got several broken vertebrata, she's got a blood clot in her brain because of the torn carotid artery, which clotted up and went to her brain, so it's going to be a painful recovery,” Mike Pratt said.

But determined and persistent are words that are used to describe Michelle often. She is a track star with several state championships who is about to go to Weber State with a track scholarship.

“She's a tough cookie, she's pretty strong, she's going to get through this,” Alisa Pratt said.

“Miracle is the word I use, and the miracles are continuing,” Mike Pratt said.

Pratt's cousin suffered some injuries but is expected to make a full recovery.

The Pratt Family doesn't know when Michelle will go home. They say they have a long road to recovery and they don't know how this will affect her track and cross-country scholarship to Weber State.

The family is originally from Utah and says they are overwhelmed by the support from the community. There is a GoFundMe to help them during this time.