Hurricane firefighters battle to keep brush fire away from home 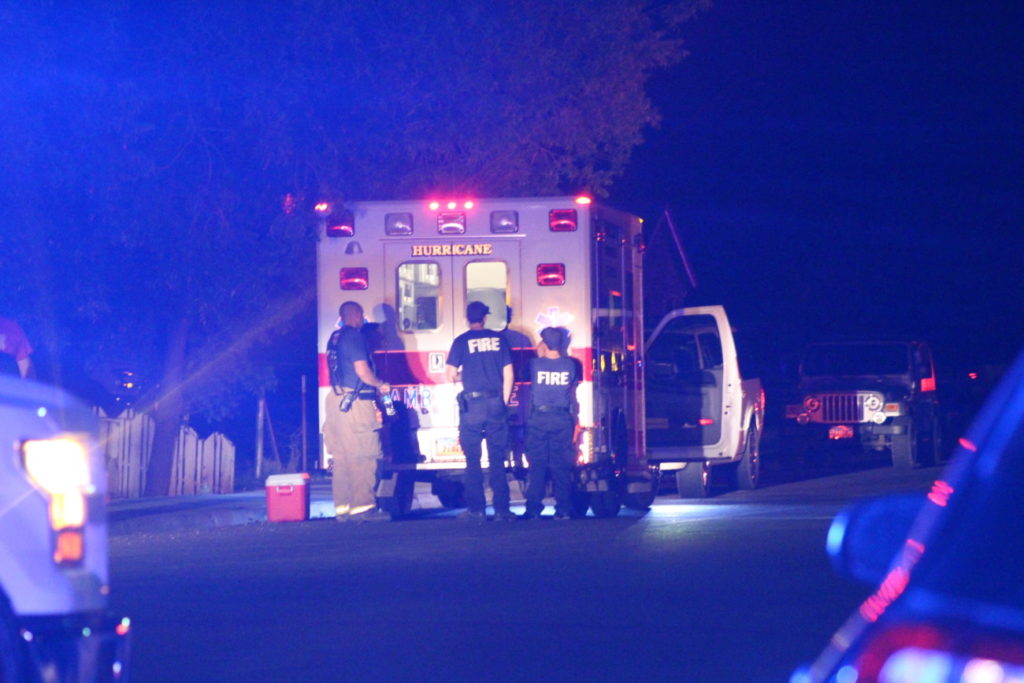 HURRICANE, Utah – Firefighters of the Hurricane Valley Fire District received a report of a brush fire nearing a home in the area of 1000 South and 700 West around 10:10 p.m last night

Fire crews with the Hurricane Valley Fire District quickly put down a fire that had engulfed several trees and was within five feet of torching a residence in Hurricane, Utah, said Fire Chief Tom Kuhlmann

The first fire crew at the scene say they saw a cluster of trees behind a home on fire. When additional crews arrived, the trees were fully engulfed in flames that, at one point, were within five feet of the back of the residence, Kuhlmann said.

According to St. George News, fire crews acted quickly and knocked down the fire by 10:30 p.m. They spent the next 90 minutes mopping up the scene and making sure the fire was completely out.

The cause of the fire appears to have been fireworks that “went awry,” Kuhlmann said.

Hurricane recently passed an ordinance that restricts fireworks being used within 200 feet of dry brush, vegetation or buildings. The family setting off the fireworks appears to have been in compliance with the ordinance, the fire chief said.

“Unfortunately, one of the fireworks laid down and went horizontally rather than vertically and put it into that brush area that then caught the trees on fire,” Kuhlmann said.

One of the individuals in the group setting off the fireworks received a minor burn when the fireworks went haywire. She was treated by medics at the scene and did not require a trip to the hospital, reported St. George News.

While trees in the back of the home were torched and some of the base of the home in back was charred by the fire, the home, overall, was spared thanks to the quick response of the firefighters, Kuhlmann said.

“I think we did pretty well,” he said. “We has a great response from our off-duty and volunteer firefighters.”

The Hurricane firefighters also received assistance from Hildale Fire Chief Kevin Barlow who was at the gas station at the end of 700 West when the fire occurred. He came in and started organizing the response to the fire.

“Based on (Barlow’s) efforts and the efforts of all those responding, the fire went out very quickly,” Kuhlmann said.

As Kuhlmann spoke to St. George News at the scene, a woman drove by and called out, saying “Thank You!”

“Please be safe with your fireworks,” Kuhlmann said. “I don’t think things are going to get better as conditions go.”

Firefighters in Hurricane and across the county responded to multiple firework-related fires on the 4th of July, and it’s continued since that time, he said.

For the original story from St. George News check out this link.