According to St. George News, what appeared to be either a funnel cloud or a weak tornado was observed at around 5:35 p.m. among distant storm clouds appearing over the Arizona strip south of state Route 7.

Katie Fotheringham was visiting family at the north end of the Little Valley area when she said she and several family members saw the weather anomaly form.

Initially, she said, people thought it was smoke rising from a possible fire in the area, but it soon started twisting around in funnel form.

Whether it was a tornado or a funnel cloud could not be confirmed by St. George News, but according to witnesses, it appeared to behave like a tornado.

Funnel clouds and tornados are similar in that both stem from storm clouds as rotating columns of air. However, according to the National Weather Service, funnel clouds do not make contact with the ground while tornados touch down to the earth.

“You could see it start kicking up the dirt in the ground where it actually started touching down,” Fotheringham said.

She said it quickly dissipated after appearing to make contact with the ground.

St. George News reports, the phenomenon follows a day of erratic weather in St. George with excessive heat beating down in the early afternoon followed by high winds into the late afternoon and evening as monsoon-like weather made its way through the region.

For the original story from St. George News, click here. 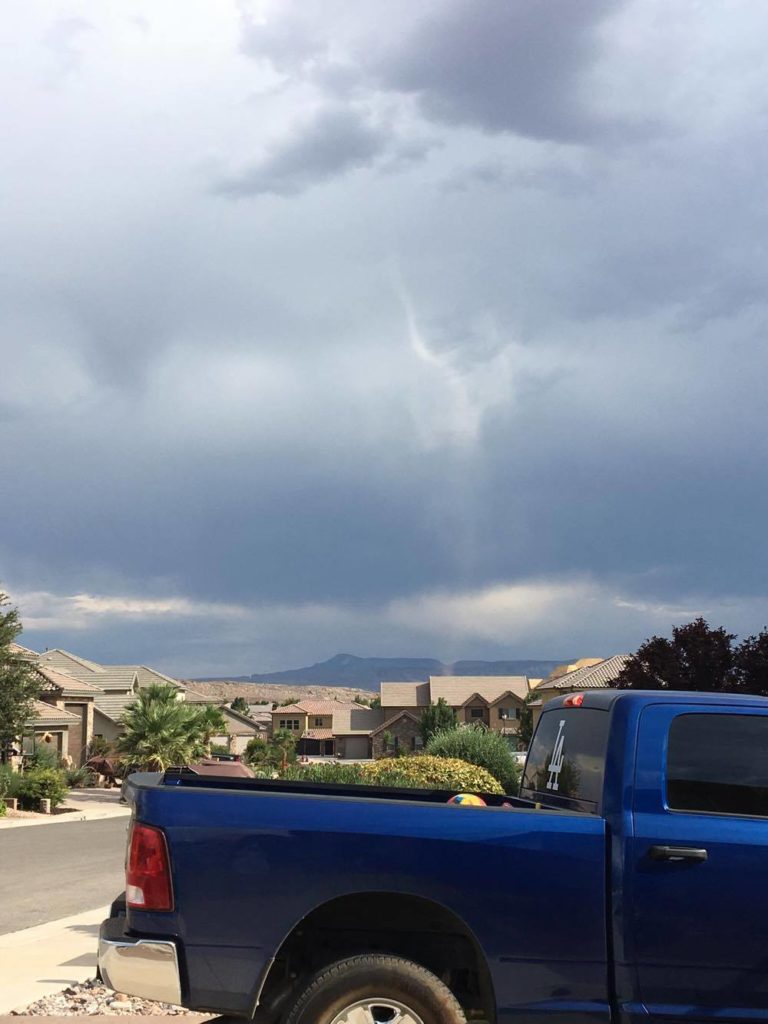