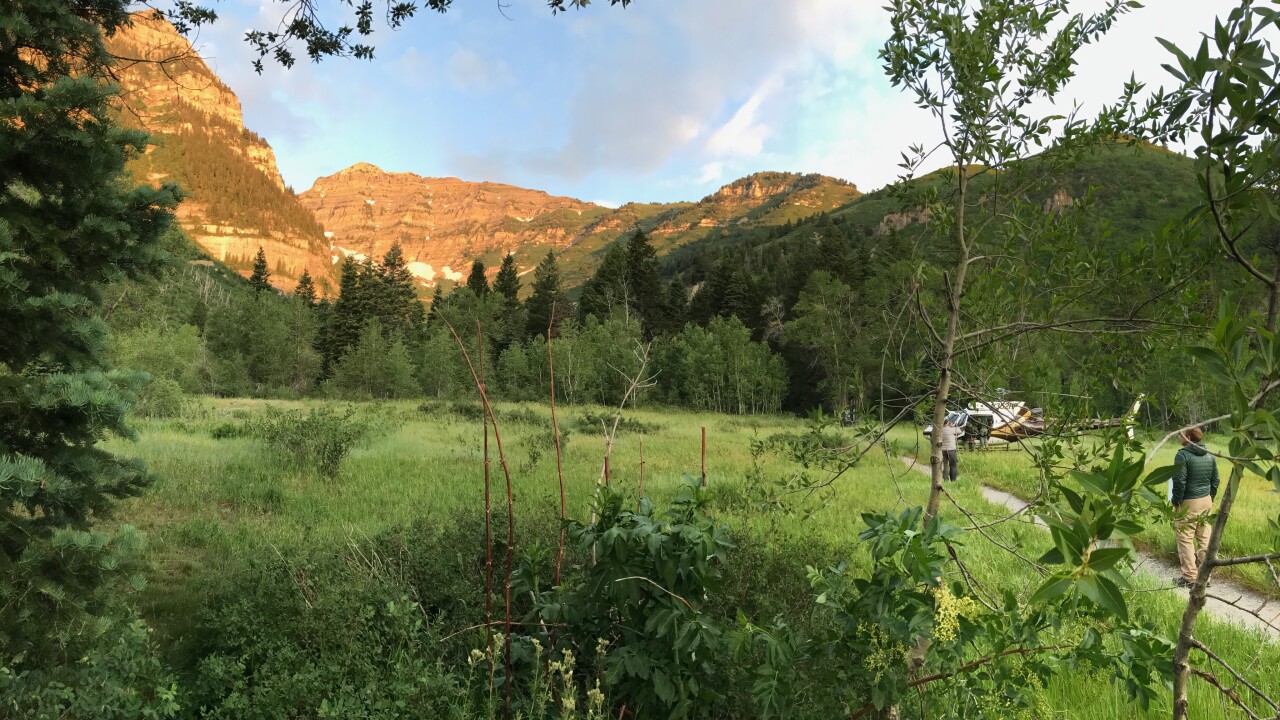 Utah Valley Dispatch got a call from Mt. Timpanogos around 5:20 p.m. Saturday but search and rescue teams weren’t able to rescue the person at about 8,900 feet until Sunday morning.

A Utah Department of Public Safety helicopter rescued the injured person and flew them to the nearby Aspen Grove Trailhead parking lot.

Emergency crews took him to Utah Valley Hospital in Provo for treatment.

According to Utah County Sheriff’s Office, the 25-year-old Heber man had been crossing an ice field with the other Timpanogos Emergency Response Team (TERT) members.

Authorities said the man lost his footing and slid about 100 yards down the mountain on the ice and snow and then dropped about 30 feet into a large cavern beneath the snow.

The other TERT volunteers called Search and Rescue (SAR) teams to help the man who suffered compound fractures to both of his legs just above the ankles.

Members of the Utah County Sheriff’s Office SAR, along with members of North Fork Fire Department at Sundance, responded to the rescue effort and called LifeFlight.

However, the Utah County Sheriff’s Office said, when LifeFlight arrived, officials determined the helicopter couldn’t provide the hoist service needed and the Utah Department of Public Safety would not be able to help the injured man until Sunday morning.

SAR volunteers who were with the victim overnight say they were able to reach him and remove him from the cavity below the ice.

From there, SAR says it maneuvered the man across the snow field though they only were able to make slight progress.

A Utah DPS helicopter found the victim and hoisted him down early Sunday.

According to SAR officials, conditions on the trails to Mt. Timpanogos are difficult at best when snow covers the trail.

They say because of the amount of snowfall this past winter, there are wide areas where the trail is completely covered with snow at the higher elevations and anyone considering climbing Mt. Timpanogos this year should only do so after checking conditions.