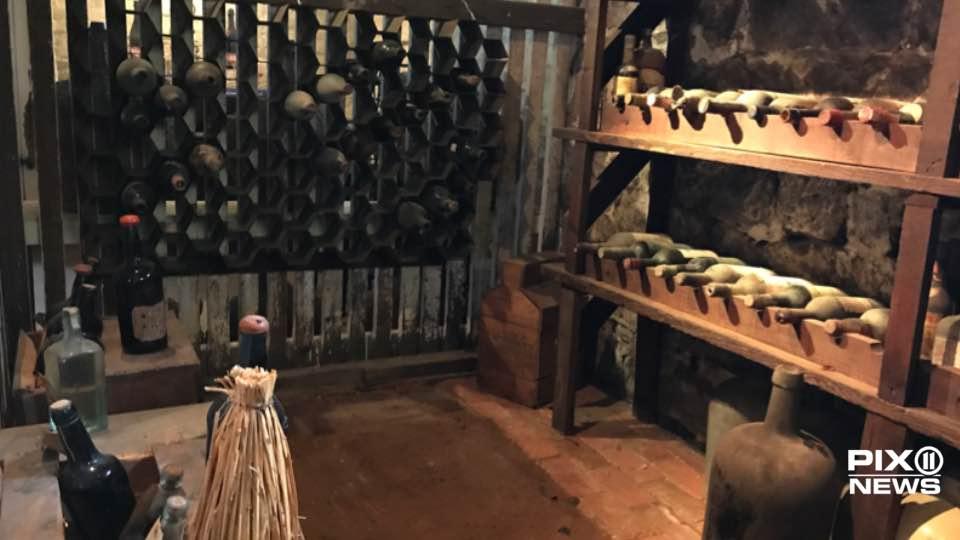 It was found behind a boarded-up wall and some of the bottles are more than 200 years old. 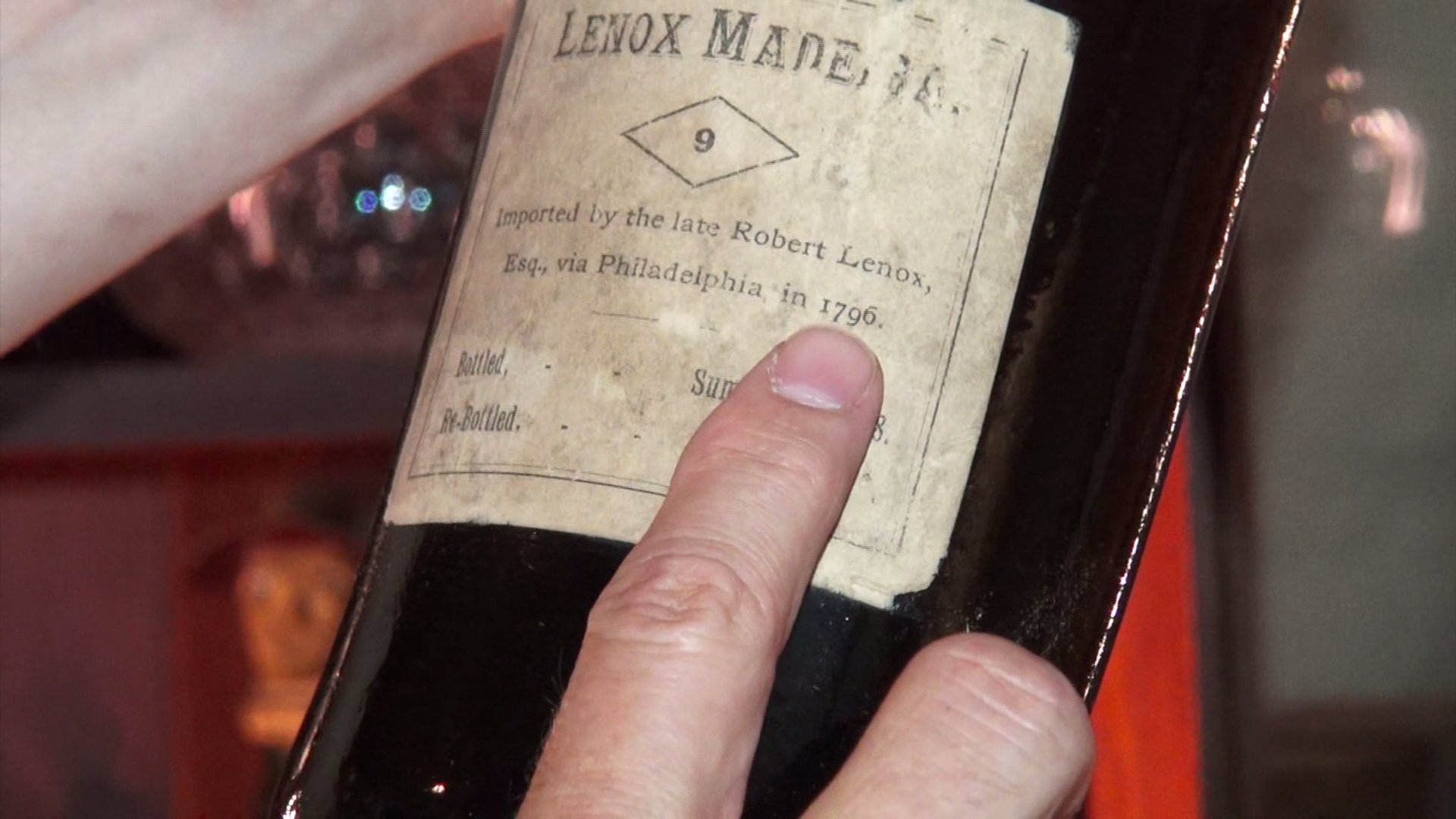 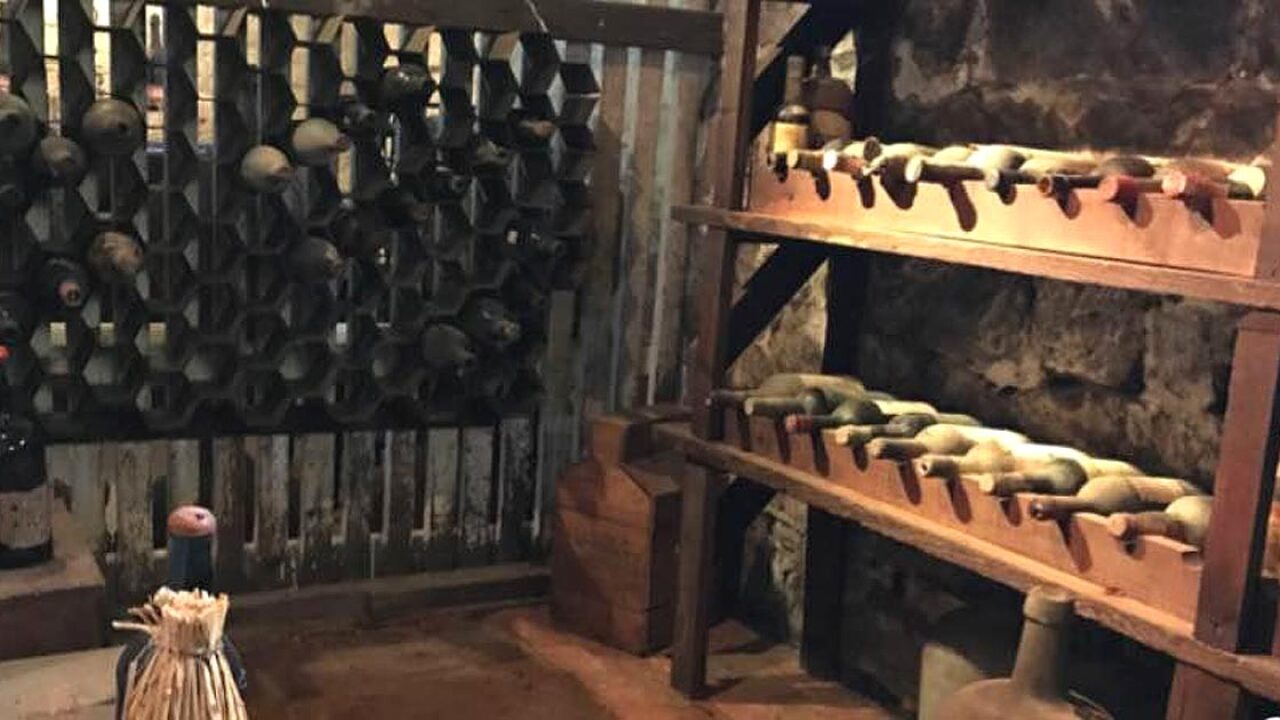 UNION, N.J. - Museum workers in New Jersey broke through a Prohibition-era wall and a locked wooden cage to discover over 50 bottles and 42 demijohns of rare Madeira wine dating back as early as 1769.

"We had no idea the old bottles were there," said John Kean, first cousin to New Jersey's former governor and president of the museum. "We knew there would be wine, but had no idea as to the date. That was a major surprise."

The house was built in 1772, just prior to the American Revolution, and originally had 14 rooms. The estate changed ownership in 1811 to the Kean family and eventually became the 50-room mansion that stands today.

Its wine cellar was chosen to undergo examination and repair, but it was hidden behind a plywood and plaster wall built during the Prohibition.

"First we needed to get the wall down. We took the room apart and performed a complete analysis --- paint analysis, mortar analysis, brick analysis to see what needed to be repaired and done to the room," Bill Schroh, director of museum operations told CNN. "Lo and behold, we found this incredible collection of Madeira."

The six-month renovation also led to discoveries of more wine in the attic, where demijohns of wine were found buried beneath piles of straw. Demijohns, or large glass vats, commonly held spirits in transit and for storage.

Bottles of Madeira created for the personal use of Robert Lenox, a millionaire and major wine importer from New York City, were among the bottles discovered in the renovation. Lenox died in 1839, according to the New York Historical Society.

"Nothing like this exists," said president and founder of Rare Wine Co. Mannie Berk, referring to Lenox's sealed, stamped bottles. "They could be worth up to $20,000." Liberty Hall Museum would not say how much the total collection of wine could be worth.

Schroh called Madeira the "drink of choice for 18th century gentlemen because it was easy to ship and lasted." It is a sweet, fortified dessert wine with a high alcoholic content named for the Portuguese island off the Moroccan coast where the grapes are grown.

"It is one of the longest-lived wines in the world," said Kara Joseph, a certified sommelier at New York Vintners in New York City. "It is almost indestructible because of how they make it, of the fermentation process."

According to Joseph, the wine initially underwent a heating and cooling process as it traveled via ship from Madeira Island to other locations around the world. The temperature changes elongate the life of the wine.

Kean sampled wine from an original 1870 cask of Madeira that was still palatable, saying it tasted akin to sherry.

During the renovation, the wine cellar's wooden shelves were repaired and reinforced with brick. The display is now open to the public, and Kean said one of the original two-century old bottles may be opened when the President of Portugal visits the museum at a later date.