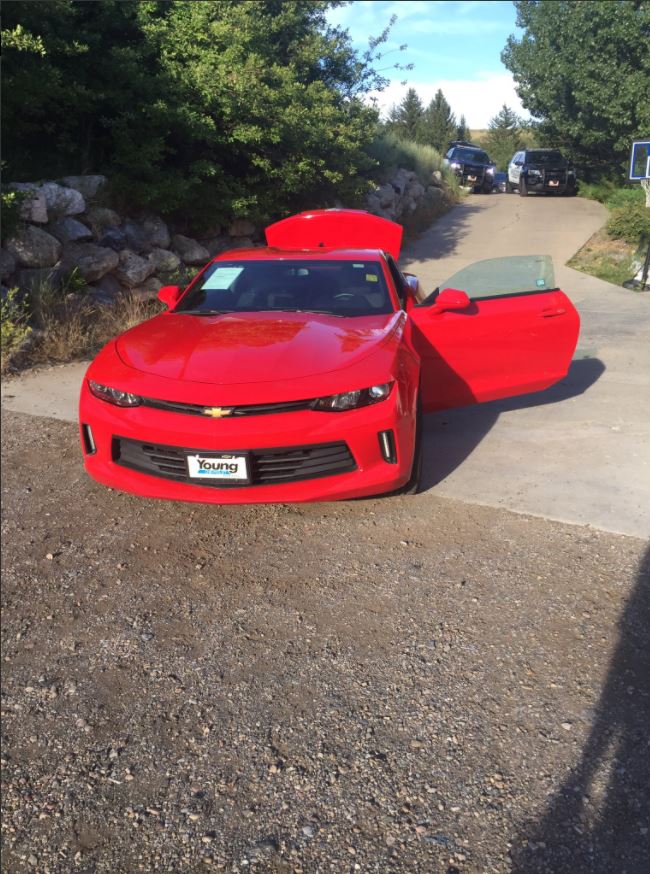 LAYTON, Utah — A woman is behind bars after she took the keys to a Chevy Camaro from a dealership, led police on a pair of chases and then hid out inside a home for more than an hour.

According to the Layton Police Department, 50-year-old Kristine Malan was arrested peacefully after officers talked her out of the home she had been hiding in following a chase.

Lt. Travis Lyman with the Layton Police Department said things began with a report of the stolen car.

“Well, we got a call from employees at Young Chevrolet on Main Street in Layton this afternoon saying a woman had just come in and committed a robbery… She had stolen a car from the dealership, and in the process of that the employees had been under the impression she may have a gun with her,” he said.

Lyman said the suspect was forceful and aggressive during the theft, and he said the employees believed she intimated she had a gun during the crime. Police spotted the vehicle on Main Street, called for backup and gave chase.

“So we engaged in a pursuit for a period of time, until it appeared that it was too dangerous to continue,” he said.

Officers ended the pursuit, but later the vehicle was spotted on Highway 84 in Weber Canyon. Police gave chase again, and the woman drove to a home in Mountain Green and went inside. Mountain Green is about 15 miles north and east of Layton.

“She came to this address and officers could see her at different times in and out of the house, but she would not comply with any demands,” Lyman said.

“We were finally able to take her into custody as she was coming to the door to release one of the small children that were inside,” Lyman said.

Lyman said they are trying to determine what relationship, if any, exists between the woman and the residents of that home.

“She knows the people who live here, she doesn’t live here herself… I don’t know what motivated her other than that,” Lyman said.

There were no reports of injury during the theft, chase or ensuing standoff.

The woman has been arrested, and police are still investigating to determine whether or not she had a gun during the robbery and subsequent crimes.