Park City man chases persistent bear out of his home

PARK CITY, Utah — A Park City man shooed a bear from his home Wednesday morning, and no one anticipated its next move.

It happened around 11:30 in the neighborhood of 1300 Golden Way. Bob Anderson told FOX 13 he was having a sandwich when he spotted the bear.

"I'm about done with the sandwich and I look up and the bear is on that landing right there looking at me," Anderson said. "I ran over and said 'shoo, shoo' and the bear got up and started walking out the garage."

The bear tipped over a garbage can on his way out and Anderson called police. Officials from the Utah Division of Wildlife Resources responded to the scene.

"The bear looks to be about a year and a half old. It probably was just kicked off of its mom," said Jason Vernon, Central Region Supervisor for DWR. "When they're kicked off, they're searching for a new home range."

DWR brought in hounds to track the bear, but the clever critter had other ideas.

"We're all outside looking for the bear, the bear's in the house," Anderson said.

The bear had gone back inside to help itself to a loaf of bread and put its paw in Anderson's cookie jar. Then, it ran into the woods, where Anderson hopes it will stay.

He said homeowners shouldn't put out their trash cans overnight. He also suggested limiting the number of hummingbird feeders and cleaning barbecues after each use - both can attract bears.

Visit WildAwareUtah.com for tips from wildlife experts about what you should do if you encounter a bear or other wild animals that make their home in Utah. 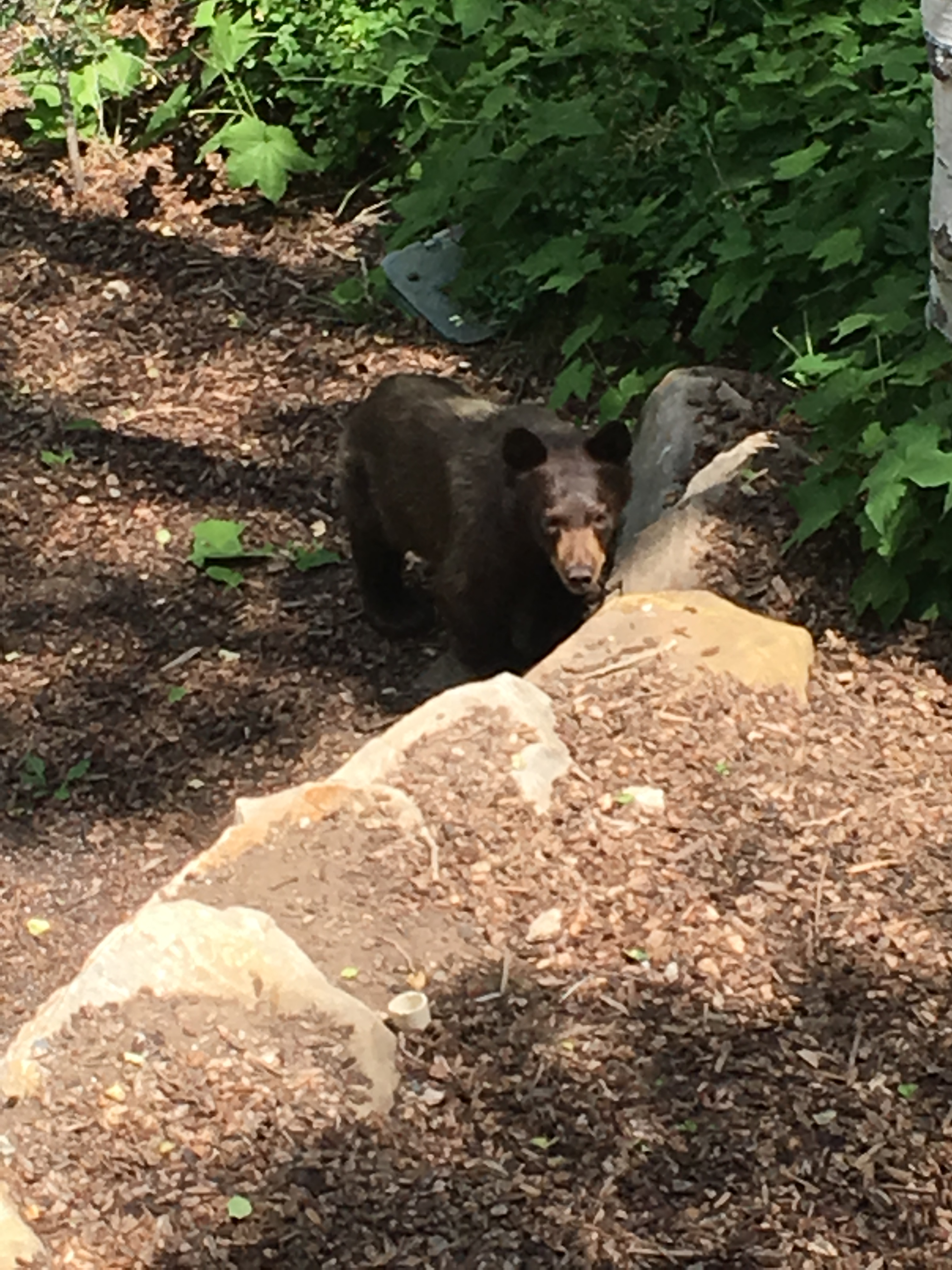