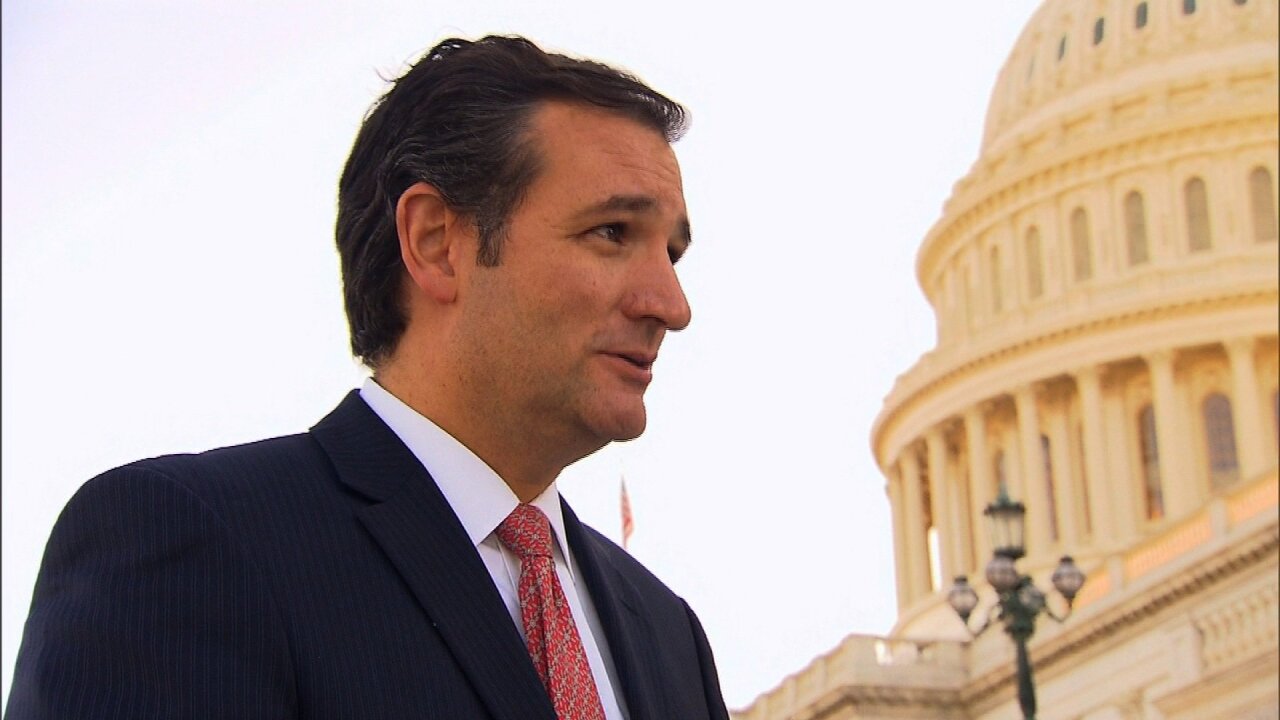 WASHINGTON — Senate Republicans unveiled their newest health care bill Thursday as they continue to search for the majority needed to repeal and replace Obamacare.

The revision includes a version of Texas Sen. Ted Cruz’s amendment, which would allow insurers offering Obamacare plans to also offer cheaper, bare-bones policies. This is meant to appeal to conservatives, but could also drive away moderates who are concerned the amendment would cause premiums to spike for those with pre-existing conditions.

It also contains significant new funding for opioid treatment and money for states meant to lower premiums for high-cost enrollees. But it would keep two Obamacare-era taxes on the wealthy and maintains significant cuts to Medicaid, meaning 15 million fewer people could insured by the program by 2026.

Majority Leader Mitch McConnell is still in search of the 50 votes he needs to pass the bill — he can only afford to lose two senators — but the hope for leadership is that a few changes may be able to finally get Republicans on a path to repeal and replace Obamacare after seven years of campaign promises.

There is still a long way to go. Already, Sen. Rand Paul, a conservative from Kentucky, has said he will oppose a key procedural vote next week. And, Sen. Susan Collins, a moderate from Maine, has also expressed doubts that she could support the bill unless it was completely overhauled.

Senators walking into a meeting of fellow Republicans mostly said they were unfamiliar with the revised bill.

Alaska Sen. Lisa Murkowski, one of the GOP holdouts, was unhappy that reporters had seen a summary distributed to lobbyists before she had seen the bill.

Asked if she was upset by how the process unfolded, she said “yes.”

“I think that as a courtesy to those of us who are actually making the decisions that we would actually have an opportunity to see it first,” Murkowski added.

President Donald Trump has lobbied to call for Republicans to move quickly. The President said Wednesday he would be “very angry” if Republicans can’t pass the bill.

“I don’t even want to talk about it because I think it would be very bad,” Trump said in an interview with the Christian Broadcasting Network. “I will be very angry about it and a lot of people will be very upset.”

The revised legislation has $45 billion in opioid treatment funding — a top request from senators like Rob Portman of Ohio and Shelley Moore Capito of West Virginia — as well as another $70 billion in state stabilization money aimed at lowering premiums for high-cost enrollees.

But another concern for moderate senators — that the Senate bill makes too steep a cut to Medicaid funding — was not addressed in the new version. The original bill calls for slashing $772 billion from Medicaid by 2026, compared to current law, leaving 15 million fewer people insured by the program.

In a retreat from a key GOP promise, the bill would also keep two Obamacare-era taxes on the wealthy. That came as members said they worried about the optics of cutting taxes for the rich while also slashing funding for subsidies that go to help low-income people to buy insurance. That money will help boost the stabilization fund, sources said.

Also Thursday, GOP Sens. Lindsey Graham of South Carolina and Bill Cassidy of Louisiana proposed an alternative approach to replacing Obamacare that would keep much of the federal taxes in place and sending that money to the states to control.

They say that one of the primary reasons Republicans are having such a hard time agreeing is because they are working from the Obamacare template — particularly federal control of health insurance.

Cruz’s so-called Consumer Freedom amendment is considered contentious among Republican senators with some moderates having raised concerns that it could hurt those with pre-existing conditions. The amendment would allow insurers to sell cheaper plans with fewer benefits that would likely attract younger and healthier Americans.

But that would cause premiums to spike for those who are sick and need more comprehensive policies.

The amendment has been key to getting Cruz to vote for the GOP plan to overhaul Obamacare. Cruz said Wednesday that his vote to advance the bill next week would depend on whether he was convinced premiums would lower with the GOP health care bill.

Sen. Mike Lee — a Utah Republican and close Cruz ally — tweeted Thursday morning to say that he has not seen the newest version of the Cruz amendment included in leadership’s health care bill and was unsure if he could support it.

There’s also no guarantee the Cruz amendment — in whatever form — will even get a Senate vote. It could be stripped from bill at any time as GOP leaders negotiate and work their way through Senate rules.

Insurers, who have largely stayed on the sideline in the health care debate, voiced strong opposition to the amendment, saying it would destabilize the individual market. Two major lobbying groups said this week that it would create two sets of rules and make coverage unaffordable to those who are sick.