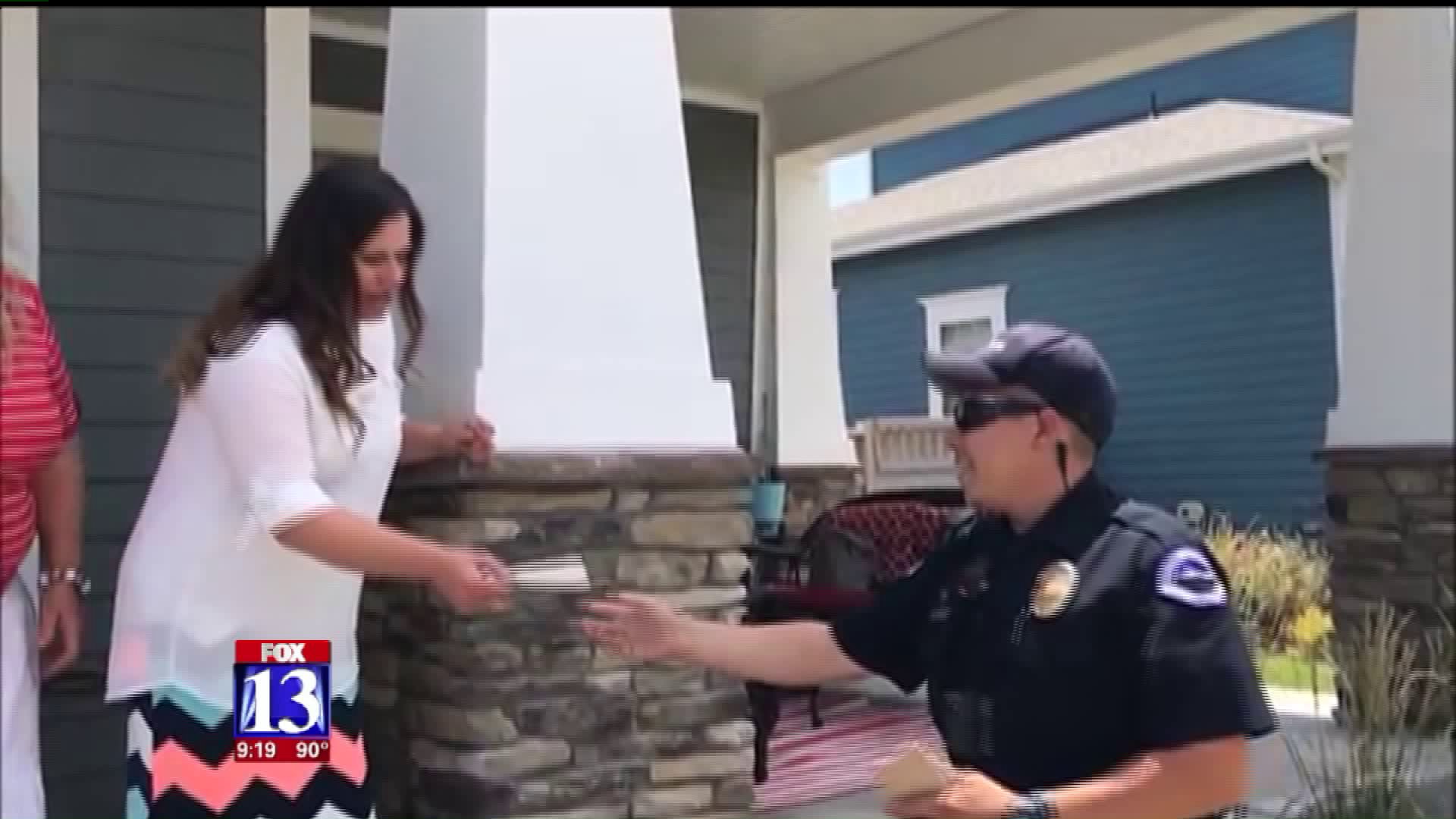 It was part of `operation chill` 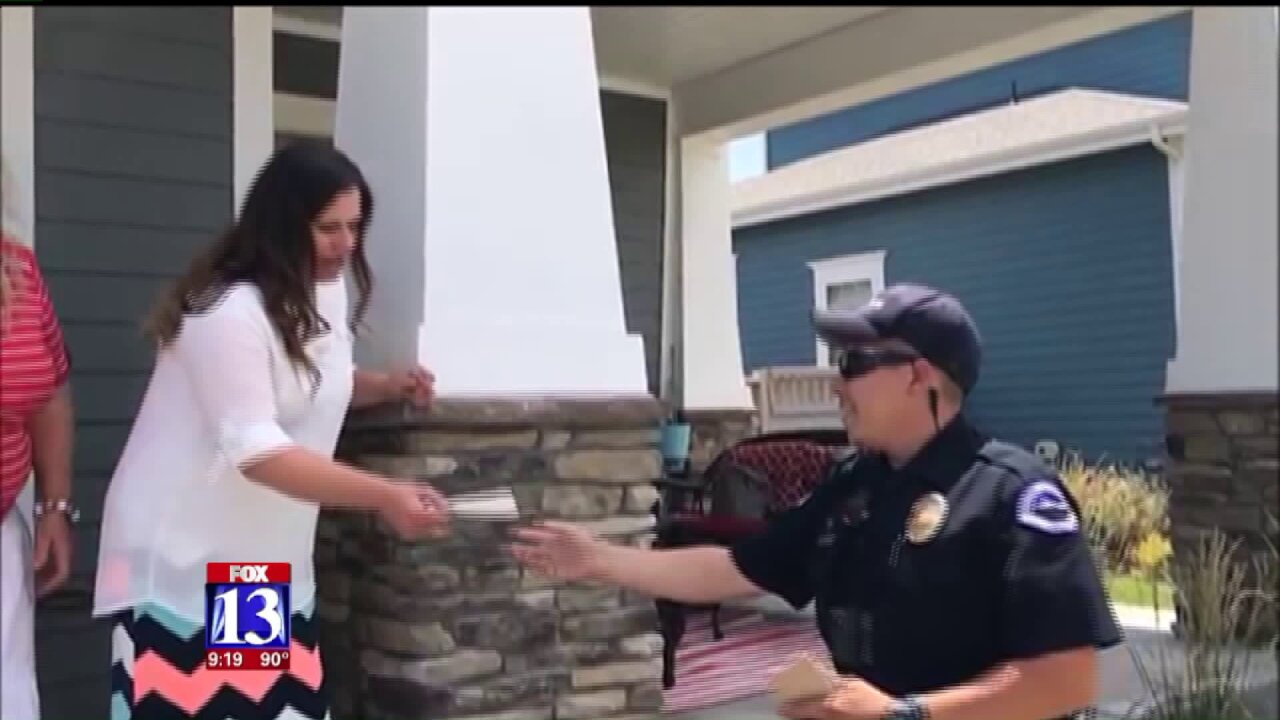 SOUTH JORDAN, Utah -- A South Jordan police officer was filmed handing out “tickets” to anyone outside in Daybreak this week, and now residents are singing his praises.

Lindsey Rietzch shared the video from when her family was leaving a party.

They had several cars parked outside, so they thought maybe they'd done something wrong. But it turns out the officer’s “tickets” were in fact a coupon for a free frozen treat.

The officer says Daybreak is part of his beat, and he wanted to get to know the people in his area and let them know that he and the whole police force are there to help.

"This is the first time I've ever come face to face with a police officer who was just wanting to get to know me," Rietzch said. "And I thought, how cool is that? Somebody whose job it is to protect the community actually takes the time to get to know the community he's protecting."